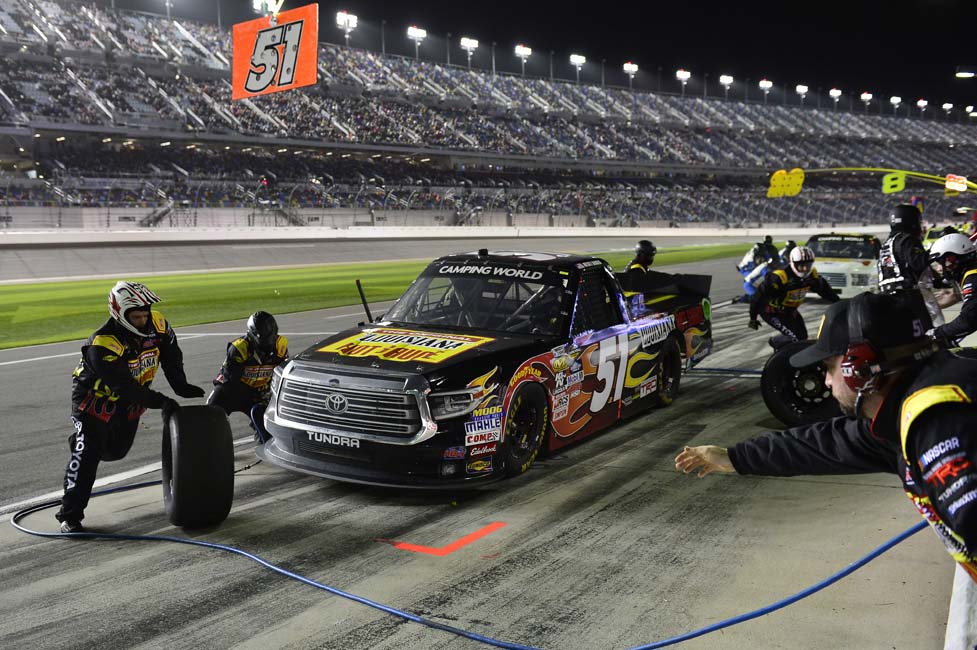 Myatt Snider and the No. 51 Toyota Racing team survived a series of multi-truck wrecks in Friday night’s NextEra Energy Resources 250 at Daytona (Fla.) International Speedway, bringing home a 10th-place finish in the first race of the NCWTS 2017 season. 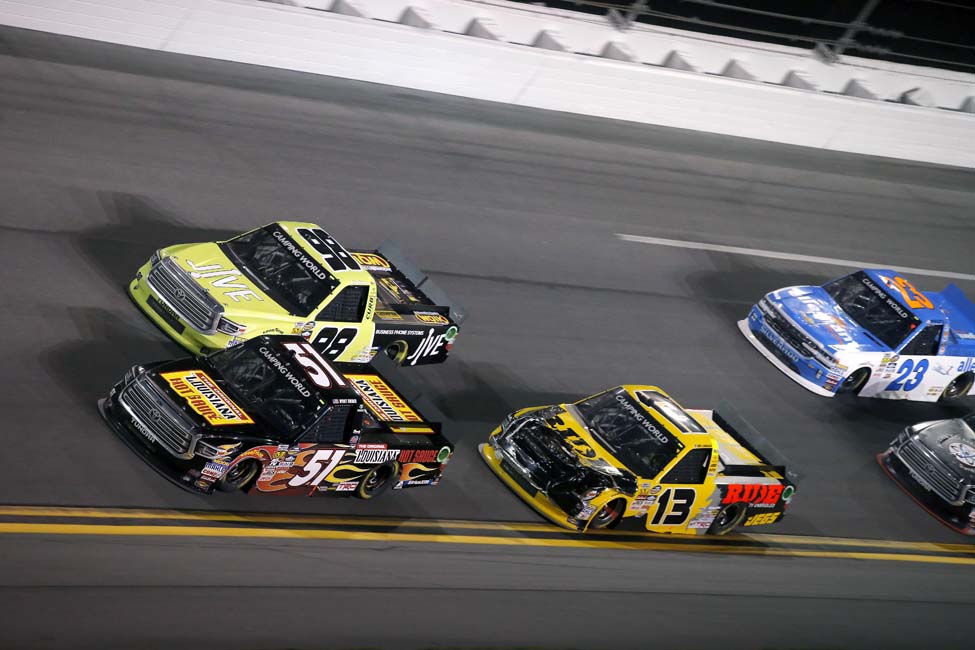 What did you see in the accident on the final lap?

“There at the end I just saw Matt Crafton flying so it was wild for sure. My Toyota Tundra was fast and I think we got plenty of TV time for Louisiana Hot Sauce. I’m feeling pretty good about it – even though the truck is pretty mashed up, I finished 10th so I’m pretty happy about that other than the damage.”

Were the trucks moving around more than usual in tonight’s race?

“We had a lot of rookies in this race and a lot of them who were getting in their truck for a first time on a speedway. It’s a lot of different feelings for them. Everybody was moving around quite a bit, but it was a blast to run.”

Noah Gragson, driver of the No. 18 Toyota, finished 26th

Christopher Bell, driver of the No. 4 Toyota, finished eighth

Next week owner-driver Kyle Busch will pilot the No. 51 Toyota Tundra when the Truck Series resumes action March 4 at Atlanta Motor Speedway in Hampton, Ga. Live coverage of the Active Pest Control 200 begins with the NCWTS Setup Show at 4 p.m. ET.