Short Night for Gragson at Daytona 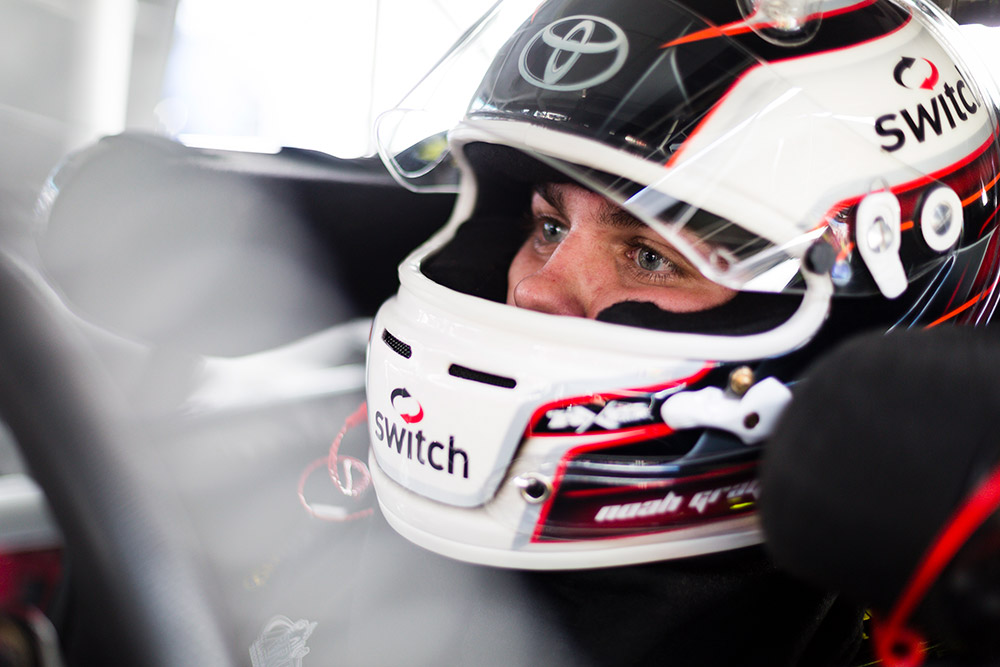 Noah Gragson’s debut in the No. 18 Switch Tundra was short-lived Friday night at Daytona (Fla.) International Speedway. The rookie started 12th but on only the second lap of the race was eliminated leaving him in 26th place.

While driving in the outside lane on lap two, Gragson was hit from behind in the left rear by fellow rookie Chase Briscoe. The awkward hit spun him down the track in what turned out to be a seven-truck accident. The Switch Tundra sustained too much damage in the accident and was retired to the garage.

Are you okay and what happened?

“I’m fine. NASCAR does a great job with the safer barriers and making these trucks safe. I took a few hard hits out there. Just a bummer. I didn’t want to end the race like this, but I had a good time for the lap I got. Felt like the 29 (Chase Briscoe) hit me in the wrong part of the bumper going through the tri-oval, it just got me loose and it got pointed into the outside wall. Just very thankful for the opportunity to come out here to Daytona, racing in front of the fans. It’s going to be a great rest of the race. Just thanks to Switch and everyone who makes this possible for me. We’re going to go out to Atlanta next weekend and hopefully get the win.”

What happened from your perspective?

“I was riding probably around seventh, or eighth at the time on the outside and just got popped from behind, it felt like, going through one and two. The 29 got me. He hit me, got me sideways and then I tried not getting into the 27 (Ben Rhodes) in front of me, but it was not our night tonight I guess. I was happy with our Switch Tundra. It’s a bummer but we’ll move on to Atlanta. I had a good time up there for the lap I got, but just very thankful to be here racing at Daytona, racing in the Truck Series. There’s always next week. Just going to keep on digging. Just really appreciate everyone who’s made this possible.”

Christopher Bell, driver of the No. 4 Toyota, finished eighth

Gragson leaves the first race of the season ranked 22nd in the Truck Series Championship Standings, 45 points out of first.

Gragson will be back behind the wheel of the No. 18 Switch Tundra when the Truck Series returns to action March 4 at Atlanta Motor Speedway in Hampton, Ga. Live coverage of the Active Pest Control 200 begins with the NCWTS Setup Show at 4 p.m.  ET.