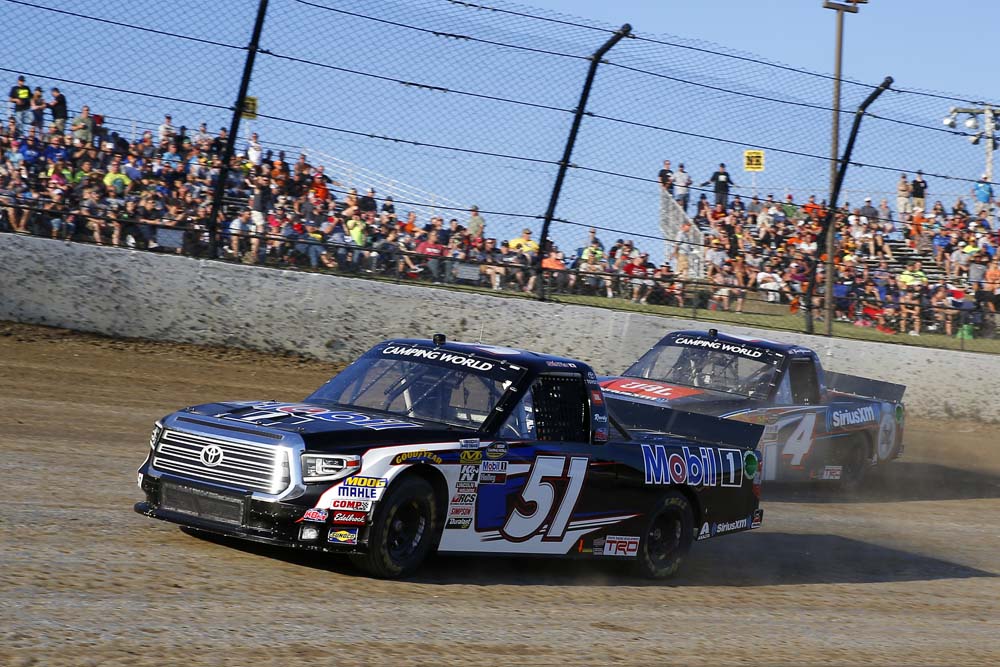 Dirt midget driver Logan Seavey made his first career start in the NASCAR Camping World Truck Series (NCWTS) Wednesday night at Eldora Speedway, but the rookie looked more like an experienced veteran leading 53 laps and nearly capturing the win if not for a few late-race cautions. After a couple tough restarts in the closing laps, Seavey finished eighth in his No. 51 Mobil 1 Tundra for his Truck Series debut. 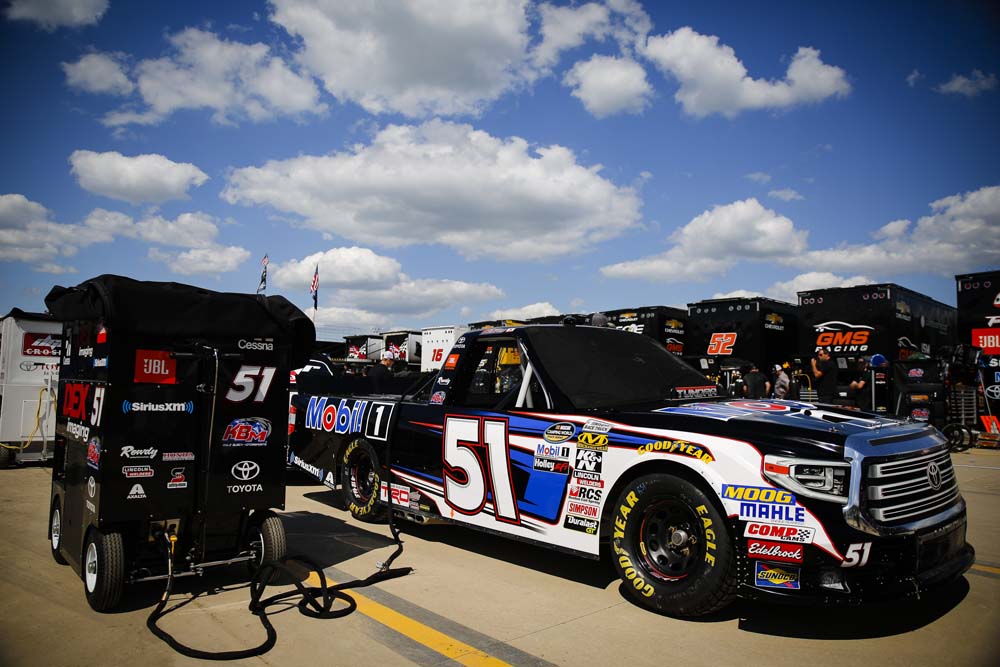 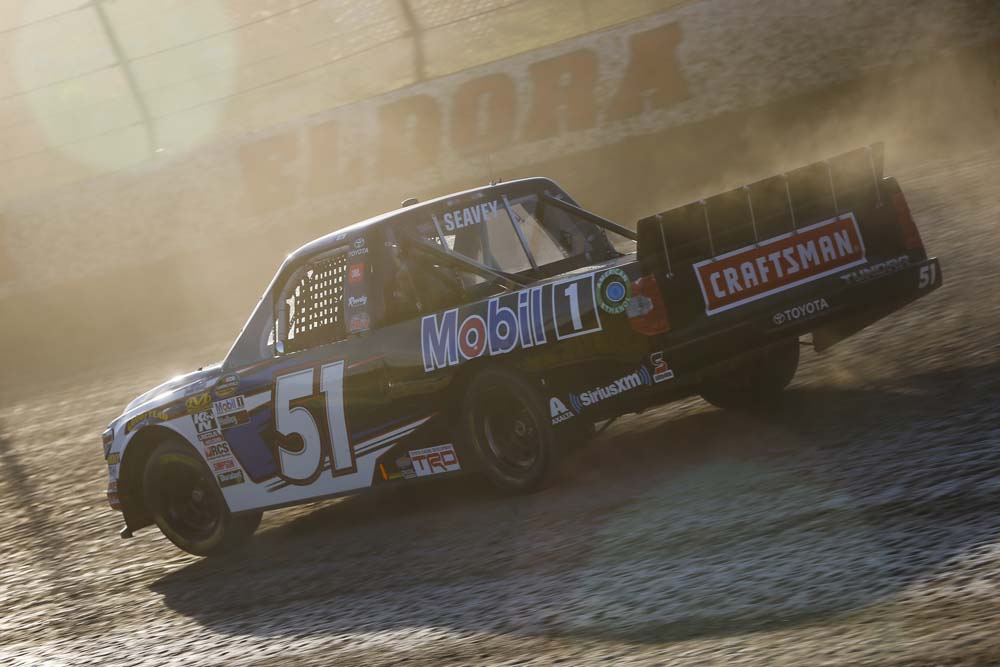 Logan Seavey, driver of the No. 51 Mobil 1 Tundra for Kyle Busch Motorsports:

What did you take away from tonight?

“This was a really cool experience for me. Obviously, I’ve only done a couple stock car starts. Mostly just open-wheel stuff and to get in here and you know, run up front there in the first stage, compete for the lead and then kind of be able to maneuver my way through the field in the second stage and then lead 50 or so laps there in the third stage, it was really, really fun. The trucks are so hard to drive and the track is – I figured they would work it before the race and they didn’t. I thought that would play to my favor. My truck is really, really good in the slick and I think it showed tonight. Overall experience was as good as I think it could’ve gone without those last couple cautions there at the end.” 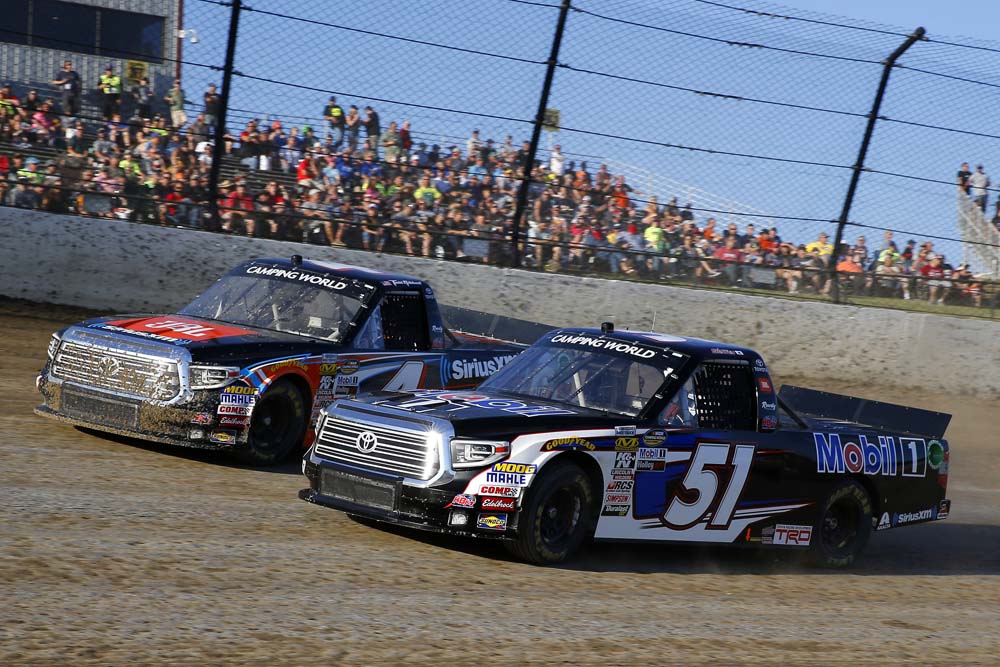 The No. 51 team is third in the Truck Series Owner’s Championship Standings, 49 points out of first.

Kyle Busch will be behind the wheel of the No. 51 Cessna Tundra when racing action resumes next week on Saturday, July 28 at Pocono (Pa.) Raceway. Live coverage of the race begins at 1 p.m. ET on FS1.