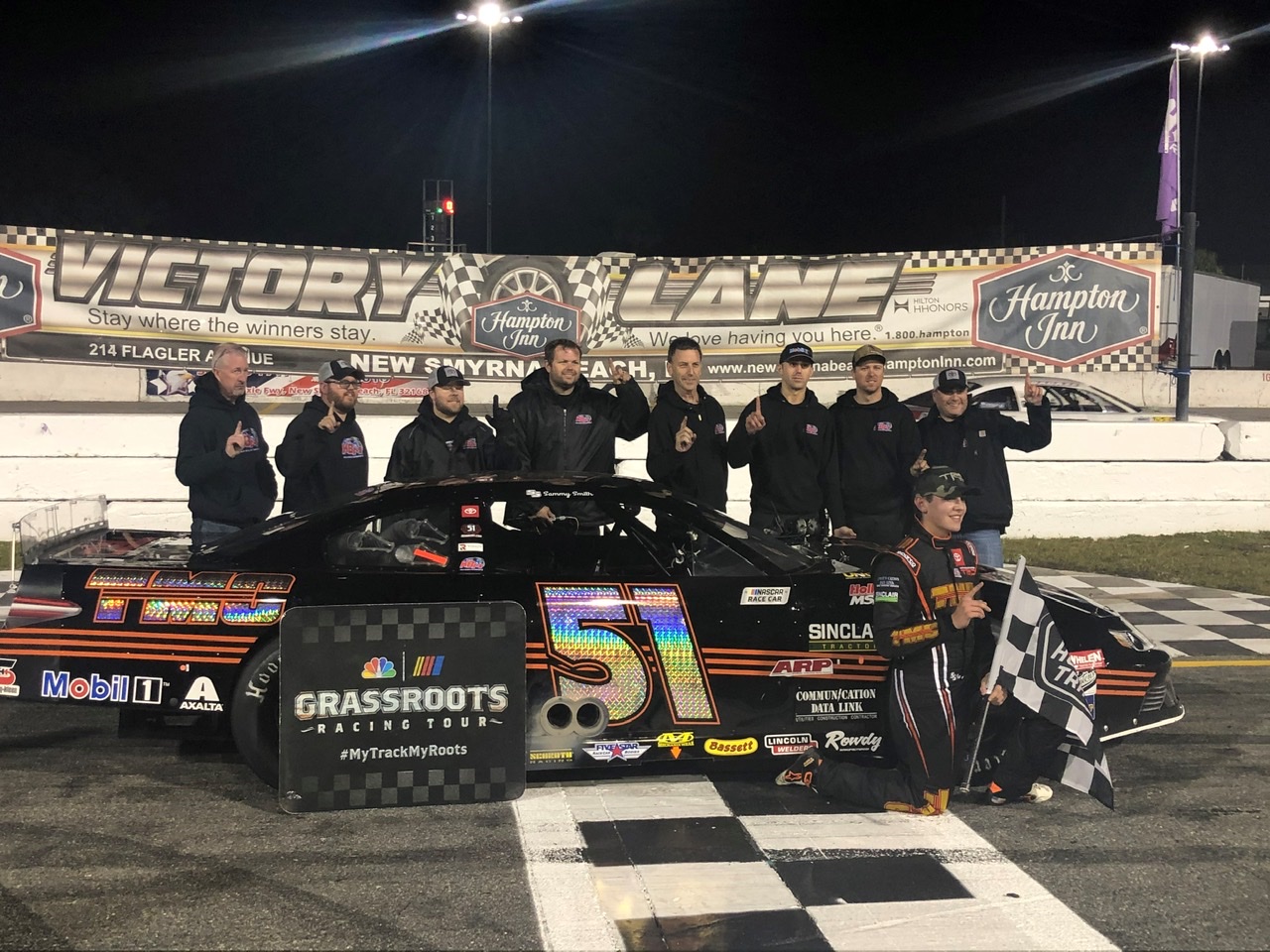 Smith, who collected the championship in the Pro Late Model portion of last year’s World Series, started from the third position after a six-car invert, but wasted no time getting to the front of the field. The talented teenager worked his way around Derek Griffith on a lap-4 restart and remained out front from the remainder of the 35-lap event, crossing the stripe .891 seconds ahead of Griffith

After one event, Smith leads Griffith by two points in the championship standings. Smith and the No. 51 TMC Transportation team will be back in action tonight at New Smyrna for a 35-lap feature event at the 0.48-mile oval. Tonight’s race will be the second of seven races before the World Series of Asphalt champion is crowned on Saturday, Feb. 15.

Sammy Smith, driver of the No. 51 TMC Transportation Camry

You looked awful good out there tonight, how do you feel about driving for KBM this season?

“I can’t thank all these guys at Kyle Busch Motorsports enough. TMC, Communication Data Link, and Sinclair Tractor for all the help. I also want to thank Toyota and Toyota Racing for all of their support.”

“I think it’s really important to try and back it up – keep getting these top fives and wins and we’ll be there.”