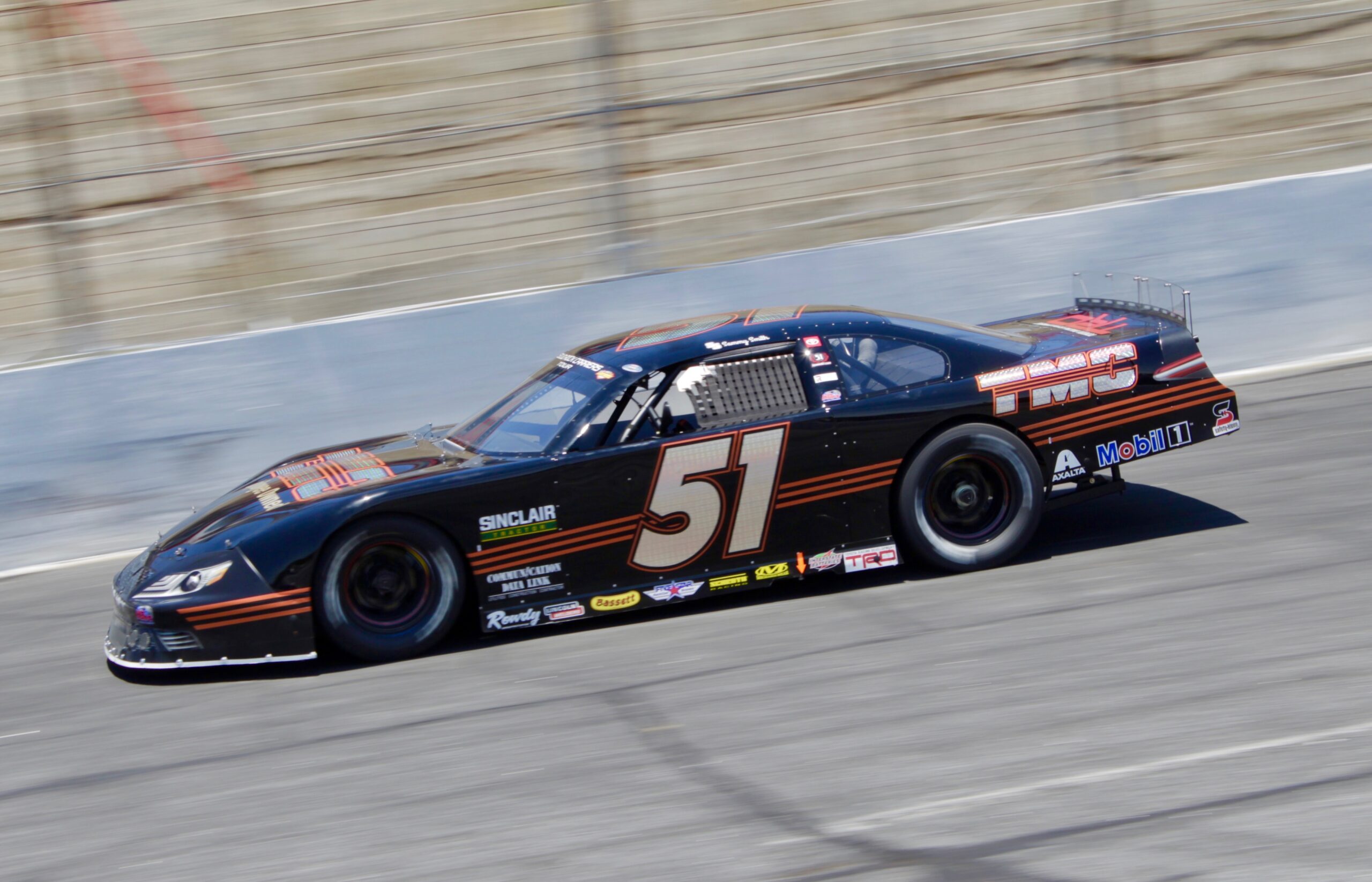 MOORESVILLE, N.C. (July 3, 2020) – Sammy Smith and the Kyle Busch Motorsports (KBM) Super Late Model team open up the month of July with three of the biggest races on their 2020 schedule. Smith will pilot the No. 51 TMC Transportation Camry July 4 at Jennerstown (Pa.) Speedway Complex in an event co-sanctioned by the CARS Tour and the ARCA/CRA Super Series, the Slinger Nationals July 7 at Slinger Speedway and the Red Bud 400 July 13 at Anderson (Ind.) Speedway.

Smith, a 16-year-driver in his first season at KBM, started off the 2020 season with a dominant opening night victory and fourth-place finish in the point standings for the Super Late Model division of the World of Asphalt at New Smyrna (Fla.) Speedway in February. The Iowa native has scored top-five finishes in the Star Nursery 100 at Las Vegas (Nev.) Motor Speedway, which was won by KBM owner-driver Kyle Busch, and the prestigious Rattler 250 at South Alabama Speedway in Kinston.

The opening event on Smith’s early July tour will take place at Jennerstown Speedway, a .522-mile oval located about 65 miles southeast of Pittsburgh. The 200-lap feature will pay $20,000 win. The 16-year-old driver’s appearance in the event marks the first time that KBM has competed at the Pennsylvania track. However, Smith did compete with a Pro Late Model team for one race at Jennerstown last season, where he started 14th and finished 12th.

A pay-per-view broadcast of the Thomas Automotive American Freedom 300 at Jennerstown Speedway will be available on July 4 beginning at 7:00 p.m.

After Saturday’s event, the team will pack up and head 10 hours northwest to compete in the 41st Annual Slinger Nationals on Tuesday July 7. KBM owner-driver Kyle Busch picked up a win for his organization in the prestigious event at the high-banked oval located 35 miles northwest of Milwaukee in 2011. Cup Series driver Matt Kenseth is the winningest driver in Slinger Nationals history, he picked up his eighth win in last year’s event. Other notable winners of the event at the World’s Fastest Quarter Mile Oval include NASCAR Hall of Famer Mark Martin (1984), former Cup Series champion Alan Kulwicki (1981), former Cup Series drives Dick Trickle (1982, 1983, 1985 and 1989), Rich Bickle Jr. (1992, 1996, 2003, and 2013) and Butch Miller (1988 and 1995).

A pay-per-view broadcast of the Slinger Nationals at Slinger Speedway will be available.

After Slinger, the team will head make the 13-hour trek back to KBM’s headquarters in Mooresville, N.C., and quickly regroup before heading almost nine hours back to the Midwest to compete in the Red Bud 400 July 13 at Anderson (Ind.) Speedway, another high-banked quarter mile located 40 miles northeast of Indianapolis. KBM has brought home the trophy from the prestigious event twice, with Busch winning in 2009 and current NASCAR Gander RV & Outdoors Series driver Raphael Lessard claiming the title in 2018. Other notable winners of the Red Bud include former KBM Truck Series champion and current Cup Series driver Erik Jones (2015), and former Cup Series drivers Dick Trickle (1987-1988), Mark Martin (1978, 1981, 1985-1986), Alan Kulwicki (1982), Butch Miller (1989) Tiny Lund (1974). This year’s event will pay $15,000 to win.

A pay-per-view broadcast of the Red Bud 400 at Anderson Speedway will be available on Speed 51.com.

How has your first season at KBM gone so far?

“It has been a great experience. I’m learning a lot and building some strong friendships with great people. We have some work to do to get where we want to be, but the guys at KBM are some of the best at it! I really appreciate all the knowledge and hard work that Seth (Holbrook, crew chief) and all the guys bring to the team. Kyle and Rudy Fugle’s coaching and leadership has been priceless. I feel very fortunate to get the opportunity to drive the TMC Transportation Camry.”

You have three races that are all 200 laps or greater on this swing. How do you prepare for and approach the long races?

“I have worked hard on my conditioning and hydration away from the track and have watched a lot of video. Our team has a good plan for these races and we are excited to get to these tracks.”

You were able to race at Jennerstown last year, how will that help you going back this year with KBM?

What does mean as a young driver to race in such a prestigious race like the Slinger Nationals that has been won by your owner Kyle Busch and notable NASCAR drivers Matt Kenseth and Mark Martin in the past?

“It is an honor to be able to race a such a historical track and follow in the footsteps of great racers like Kyle, Matt and Mark.”

How did your tests at Anderson and Slinger go last month?

“The tests went well. We worked through our notebook and got some great track time in. Both races will be stacked and we’ll approach both races with running all the laps, learn throughout the race and be there at the end to compete for a strong finish with our TMC Transportation Camry.”