“Rowdy” Looks to Make It Two in A Row 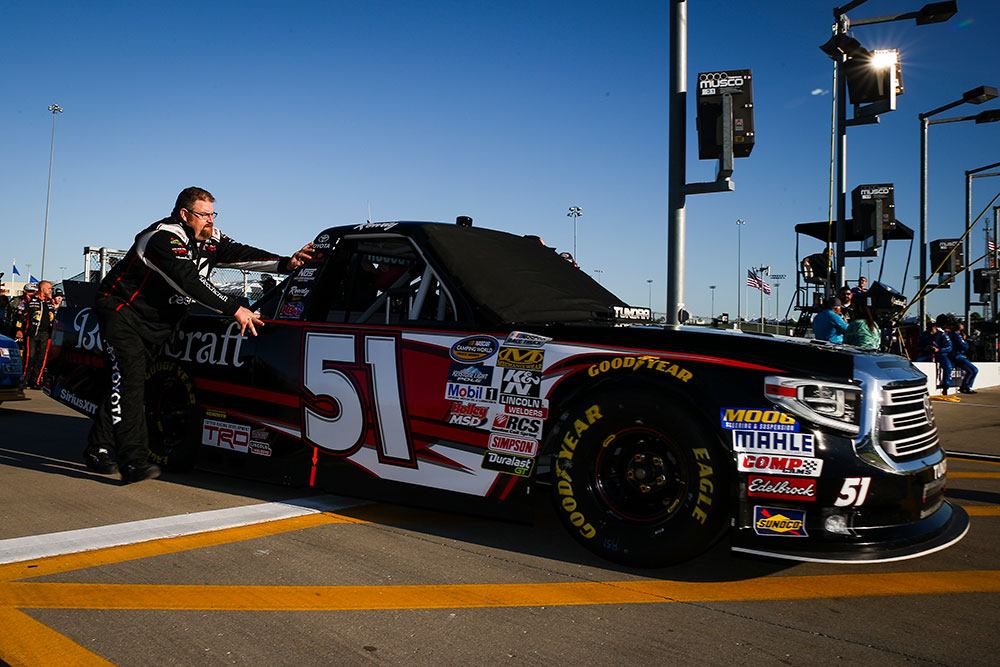 MOORESVILLE, N.C. (May 16, 2017) – Charlotte (N.C.) Motor Speedway is a special track for Kyle Busch in the NASCAR Camping World Truck Series (NCWTS). It’s a place of firsts for him. On May 20, 2005, Busch led 77 laps to capture his very first checkered flag in the Truck Series. That was the first of what is now 47 wins out of the 135 races he’s run in the NCWTS, making him the second-winningest driver in the series.

And that’s not the only reason Charlotte is special to the 32-year-old. Busch is a master of the 1.5-mile track in the NCWTS. His six wins at Charlotte are a track-best for a Truck Series driver and more than he has registered at any other track in NASCAR’s third division. His most recent win for KBM at Charlotte came in 2014 while piloting the No. 51 Toyota Tundra. Busch started from the pole and dominated the field, leading 130 laps of the 134-lap race. Busch has also collected eight wins in the NASCAR XFINITY Series at Charlotte, but he is still looking to capture his first MENCS win at the track.

Busch has momentum going into Friday night’s race as he comes off a winning weekend at Kansas Speedway. The owner-driver led 91 laps in his No. 51 Cessna Toyota Tundra en route to the checkered flag last Friday for his first NCWTS win of the 2017 season. Later in the season, fans will have a chance to see Busch back on track for KBM in the No. 51 Tundra on July 29 at Pocono (Pa.) Raceway and Aug. 12 at Michigan International Speedway in Brooklyn.

“Rowdy” and the No. 51 Toyota Racing team hope to make it two in a row and find themselves in Victory Lane once again Friday night to scratch-off Busch’s seventh win at Charlotte.

Why are you so successful in the trucks at Charlotte?

“I don’t know — there have been a couple times where I haven’t been very good there and I’ve kind of lucked into it. I love Charlotte, the trucks and the XFINITY car just sort of fit me, but for some reason I’ve yet to win a cup race there. With the trucks, there is a lot of throttle on time and the enjoyment of diving off into the corners and feeling the load that you feel. Turns 1 and 2 are different than 3 and 4, so you have to attack them differently. I think knowing those differences helps you as a driver, versus maybe other guys that try to drive both ends the same — you just can’t do it.

You’re coming off a win last weekend in Kansas, are you feeling confident about racing this weekend in Charlotte?

“It means a lot to the No. 51 team and everyone at KBM to bring home the win last weekend in Kansas with Kyle (Busch). Charlotte is arguably Kyle’s best track in the Truck Series, so we are very confident that we can end up in Victory Lane again Friday night. We tested there a few weeks ago and I feel like we made a lot of gains between Kyle, myself and the rest of the team. Charlotte is a fun race track and hopefully we can put Kyle in position to bring home another trophy.”