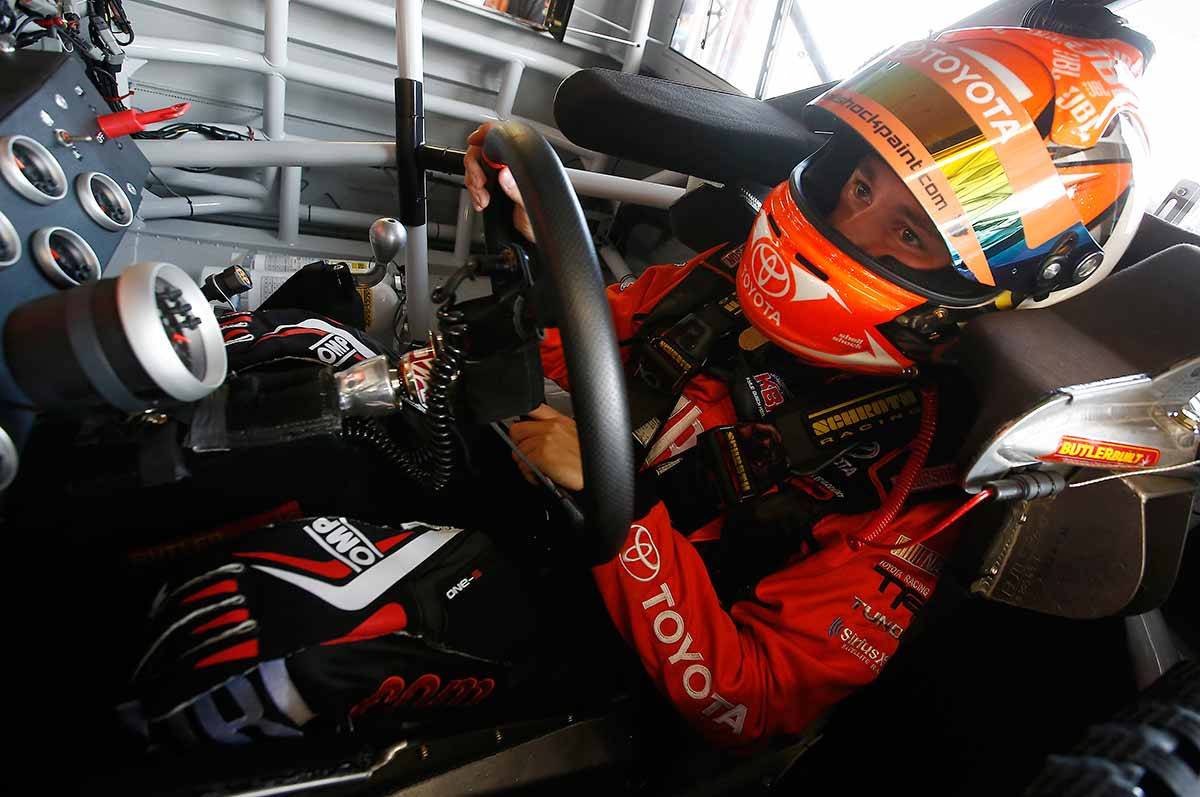 While it will be Bell’s first visit to Dover, Kyle Busch Motorsports (KBM) has a history of success at the Delaware track. KBM’s Truck Series drivers have produced three wins, two poles, five top-five and seven top-10 finishes resulting in an average finish of 9.7 across 12 starts at Dover and the team’s 680 laps led at the one-mile oval are more than at any other track on the circuit. Owner-driver Kyle Busch has collected all three victories for his team (2011, 2013 & 2014) and one of the poles (2010). The other Dover pole was earned in the 2013 event by Darrell Wallace Jr. during his rookie season in the Truck Series with Bell’s crew chief, Jerry Baxter, calling the shots. Wallace Jr. led the first 119 laps of the 200-lap event, but battled a loose-handling Tundra in the late stages and ended the day with a 10th-place finish in the event which was won by Busch. In last year’s race, Baxter guided Daniel Suarez to a runner-up finish after starting fifth.

Last weekend’s fourth-place finish at Kansas Speedway was the first time during the 2016 season that Bell has produced a finish indicative of his performance. His average finish (16.3) across the first four events is much higher than both his average mid race position (10.3) and his average running position (9.5) this season. He was scored in the fourth position when the field took the final restart for the season-opening event at Daytona (Fla.) International Speedway and ended on his roof with a 16th-place finish. At Atlanta (Ga.) Motor Speedway, he was leading with eight-laps remaining when he blew a right-front tire and was relegated to a 26th-place finish. And although he posted his best finish of the season, he was lined up in the second position for NASCAR overtime at Kansas and ending up losing two spots over the final two laps when he got shuffled back on the final restart.

The open-wheel dirt standout was able to experience the thrill of a Truck Series victory in just his third career start last year at Eldora Speedway in Rossburg, Ohio and is now in search of his first non-dirt victory in NASCAR’s third division. Bell has been ringing at the door of victory lane in three of the four races in 2016 and the determined youngster won’t be satisfied until he makes his way in.

Was the fourth-place finish at Kansas a step in the right direction for this No. 4 team?

“After disappointing results the first three races, we needed a good finish, so if you told me going into Kansas that we were going to finish fourth I would’ve been happy with that. We ran inside the top five all race long and put ourselves in a position for a win at the end of the day, so overall it was a big confidence builder for me and the team. In the end, it was a little disappointing that we were running second late in the race and ended up fourth, but we’re ready to build on that solid finish heading to Dover this week.”

Dover is another new track for you, what do you know about it heading into the race?

“It’s going to be pretty tough to pass, so track position is going to be big. Even though it is a one-mile track, the trucks are going to be pretty aero dependent. It’s pretty narrow and it is easy to get swept up into trouble. Just as we did last week, we need to stay out of trouble, finish the race and come out of Dover with another solid finish.”

You’ve been in contention for a win three times this year. What is it going to take to get over the hump and into victory lane?

“I don’t really feel like there is a hump to get over. Daytona we put ourselves in a position to win and at Atlanta we had the fastest truck and we were going to win, there was no doubt about it. We knew going into Martinsville, that track was going to be a weak link for me. At Kansas we didn’t have the winning truck, but when you’re sitting on the front row for the final restart anything can happen. So, we should’ve won once and if the stars aligned right we could’ve won three times. If we keep running inside the top five and putting ourselves in a position to win at the end of these races, eventually we are going to get one.”

Is there anything you were able to take away from your test at Bristol that you can use at Dover since both are concrete tracks?

“Concrete is poured in blocks, so it is choppier than most of the asphalt tracks. We worked a lot on our shock package for a bumpy track during our two-day test at Bristol and we’ll take what we learned and incorporate it into our setup for Dover, since the two are both concrete and have some similar characteristics. Also, we are bringing chassis 19, which is the same truck that we used for the Bristol test last month.”

KBM-19: The No. 4 Toyota Racing team will unload chassis KBM-19 for Friday’s NCWTS 200 at Dover (Del.) International Speedway. The Tundra has six top-five finishes in 10 career starts, including a win with Darrell Wallace Jr. at Homestead-Miami (Fla.) Speedway in the 2014 Truck Series finale. The chassis has not seen race action yet this season, but was the truck that the No. 4 team used for a two-day test at Bristol (Tenn.) Motor Speedway in April.

Veteran crew chief Jerry Baxter is in his fourth season atop the pit box for KBM. Since joining KBM, Baxter’s drivers have posted seven wins, three poles, 1218 laps led, 25 top-five and 41 top-10 finishes across 71 starts. The California native spent the 2015 season calling the shots for KBM’s No. 51 team, which collected two wins, 10 top-five and 14 top-10 finishes with drivers Daniel Suarez (12 starts), Matt Tifft (six starts), Kyle Busch (three starts), and Christopher Bell (one start) behind the wheel. In addition to his seven wins at KBM, he boasts one other Truck Series win (Cale Gale, 2012) and one NASCAR XFINITY Series win (David Reutimann, 2007).