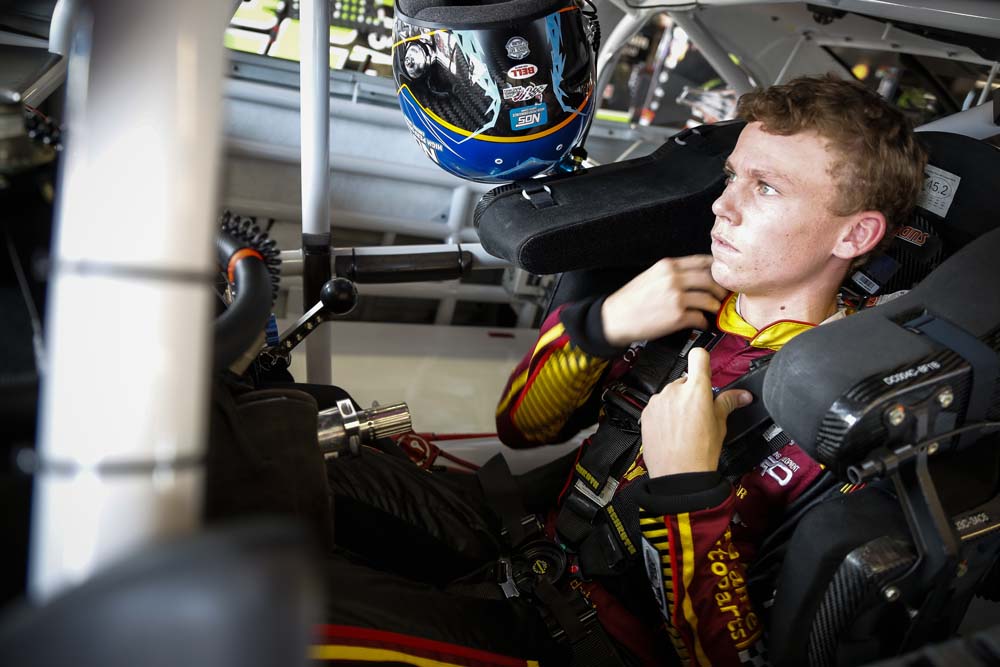 What is it like making your first Truck Series and Xfinity starts within a week of each other?

“It’s really cool. Usually you make your Truck Series debut before your Xfinity Series debut, but for me it was reversed which is kind of weird. Luckily, I get to make both within a week’s span, so I’m really excited.”

What have you heard about racing at Gateway?

“Gateway is really cool. It’s another short track like Iowa, but completely different being flat on both ends. I know that it’s good racing and I’m really looking forward to it this weekend.”

What is your goal for your first Truck Series start since you finished sixth in your Xfinity debut?

“My goal for my first truck start will be to just complete all the laps, learn as much as I can and hopefully we’re there at the end to pounce on ‘em.”

KBM-033: The No. 51 Advance Auto Parts team will race KBM-033, for Saturday’s Eaton 200 at GMP. This Tundra was last raced by Harrison Burton at Dover where he finished fifth in May.