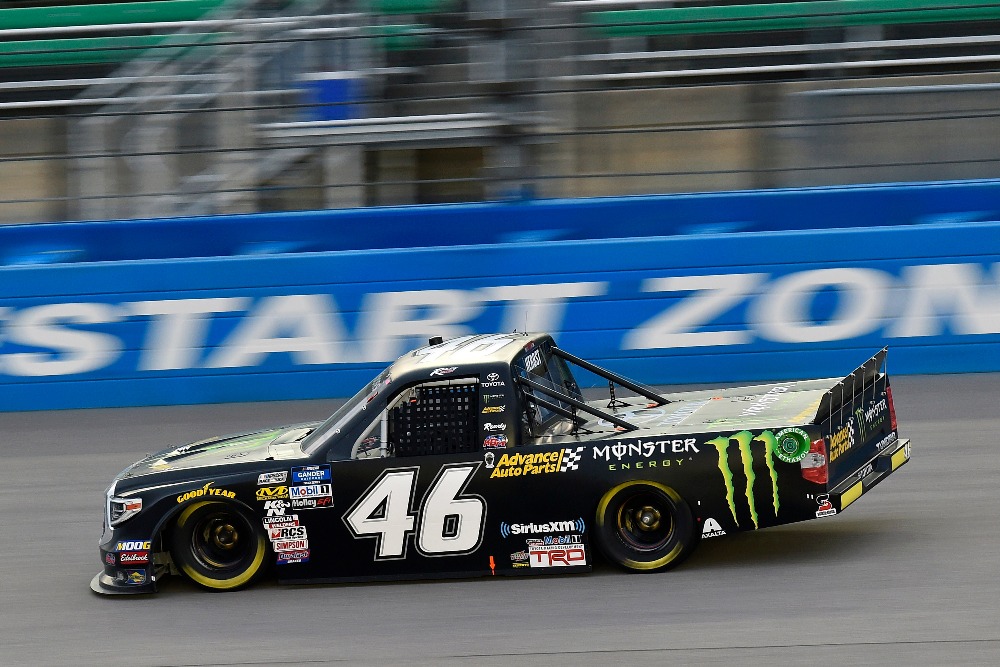 Making just the fifth start of his NASCAR Gander Outdoors Truck Series career and his first of 2019, Riley Herbst posted a respectable ninth-place finish in Friday night’s Digital Ally 250 at Kansas Speedway. Herbst started from the ninth position, made his way as high as seventh and at the end of the day recorded his second career top-10 finish in NASCAR’s third division.

How was the race tonight?

“It was definitely a struggle. We had some speed by ourselves, but then once we got in traffic we just stalled out and couldn’t get any front turn in the truck. That was probably the biggest issue. Just overall fighting grip all night long. We just couldn’t find any grip all day since first practice. I don’t really know what it was, but we’ll figure it out. This was a big learning experience for me at an intermediate track and completing all the laps was cool. Just looking forward to the next one.”

Todd Gilliland, driver of the No. 4 Toyota, finished third

Brandon Jones, driver of the No. 51 Toyota, finished fifth

Harrison Burton, driver of the No. 18 Toyota, finished 10th

Herbst will be back behind the wheel of the No. 46 Monster Energy/Advance Auto Parts Tundra June 15 at Iowa Speedway.