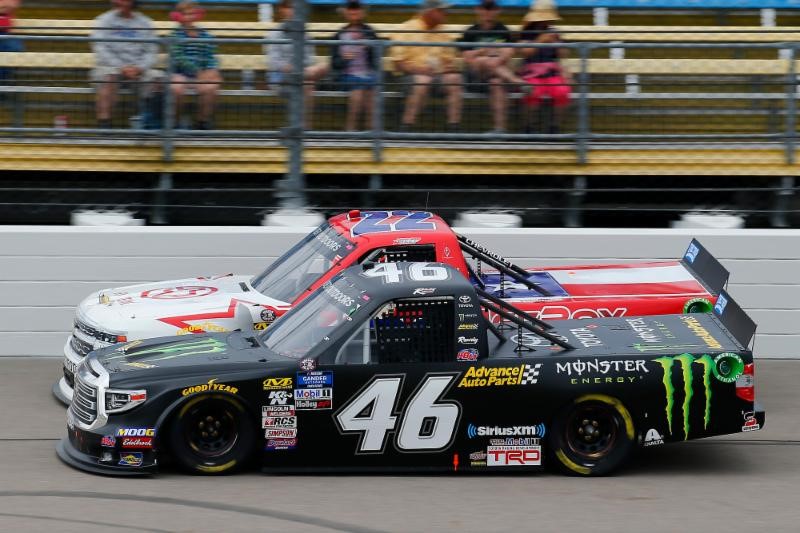 Riley Herbst came from the 26th starting position to finish 15th in Sunday’s M&M’s 200 at Iowa Speedway. Herbst, who was making his second start of the season for Kyle Busch Motorsports (KBM), was forced to start 26th after Saturday’s qualifying session was rained out and the field was set by Gander Trucks Owner’s points. Herbst was competing for the No. 46 team, which had only made three starts prior to Sunday’s event.

The Las Vegas native battled a tight-handling Monster Energy/Advance Auto Parts Tundra throughout the race as he ran just outside the top 15. Herbst crossed the stripe in the 16th position but moved up one spot in the official results when Ross Chastain’s truck failed post-race inspection.

What did you struggle with in today’s race?

“I was just really, really tight all day long. The guys at KBM tried to get the truck a little bit better and they did at the end, but we just lacked long-run speed.”

Chandler Smith will be behind the wheel of the No. 46 Tundra when the NASCAR Gander Outdoors Truck Series resumes action June 22 at World Wide Technology Raceway at Gateway in Madison, Ill. Live coverage of the Carshield 200 begins Saturday at 10 p.m. ET on FS1.