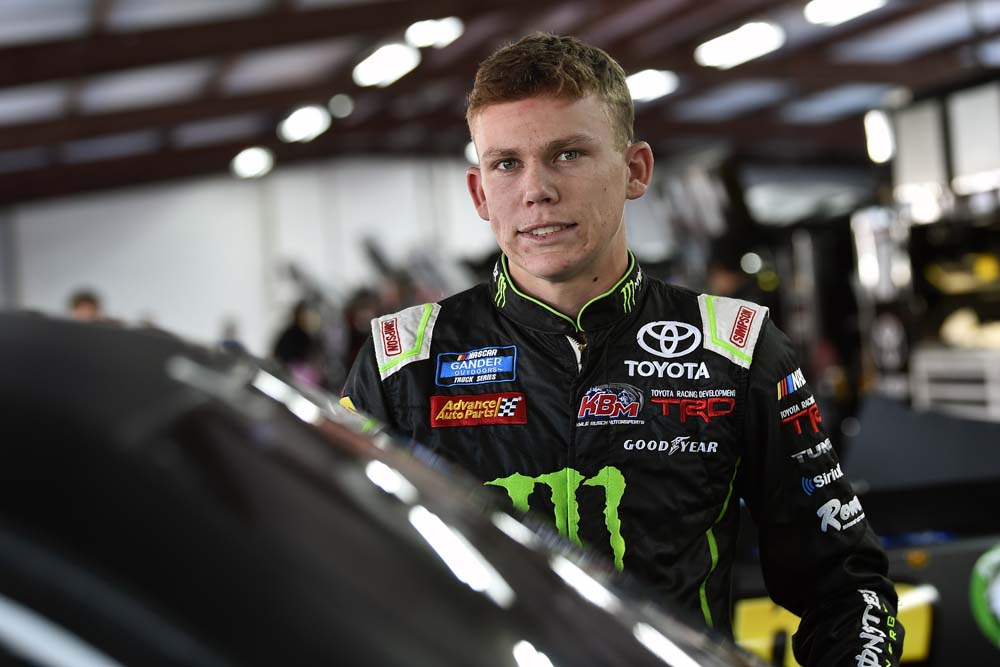 Talk about making your first start at Daytona in the Gander Truck Series.

“I have a little bit of experience in these Tundras at Talladega last year, but I’m getting ready to go down for Speedweeks, start the week off pretty good in the Tundra and hopefully go get a trophy, for sure.”

Does having Danny Stockman as your crew chief give you some extra confidence heading into Daytona?

“Yeah, absolutely. Danny Stockman is really smart and he’s got that truck looking good. We’re ready to get down to Daytona and hopefully have speed all weekend especially off the truck.”

How does running double duty this weekend affect you?