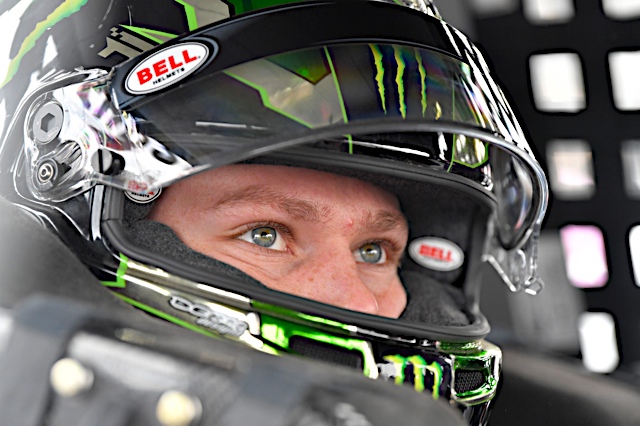 What are some of the challenges of going to Talladega for the first time in a truck?
“I’m really looking forward to going to Talladega this weekend in the KBM 51 Toyota Tundra. It’s going to be super challenging learning the draft and staying in the pack, but hopefully we can keep it out front all day long.”

How does your experience in ARCA help you this weekend?
“I think the experience I have on the plate tracks with the ARCA car can relate to the draft a little bit, but the trucks are a lot different than the car so we’ll have to see how those interchange with each other and see what the differences are for sure.”

What have you done to prepare for this race?
“Definitely watched a bunch of film to see how passes are made, how to set up for passes and race winning moves and things of that nature.”

KBM-051: The No. 51 Monster Energy/Advance Auto Parts team will unload chassis KBM-051 for Saturday’s Sugarlands Shine 250. This chassis has only been run once, by Christian Eckes at Daytona, where he won the pole but was caught up in a wreck on lap 62.