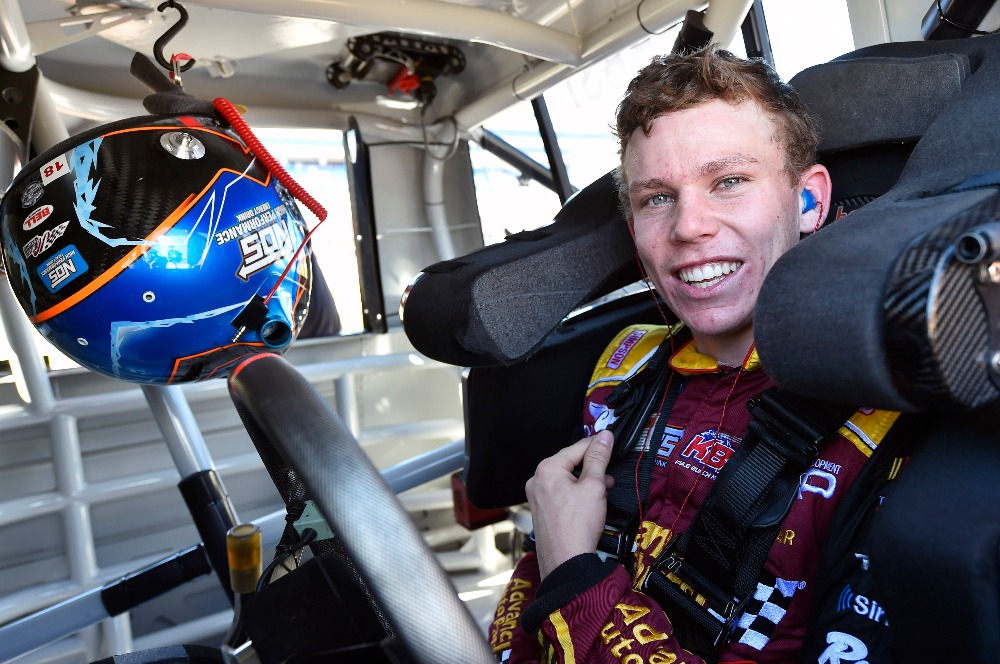 Are you excited about being back with KBM for four races this season?

“I’m really excited. My first race is at Kansas Speedway — another mile-and-a-half. We had some good speed in Las Vegas last year until it ended early. I’m looking forward to taking the knowledge that I learned at Las Vegas into Kansas this weekend.”

What can you apply from your two starts at Kansas in the ARCA Racing Series to the truck race this weekend?

“I think the ARCA car and the truck have a lot of differences but some similarities. I learned the track layout and things of that nature. I have a little bit of experience going into Kansas — which I’m excited about.”

What did you learn about racing the trucks on mile-and-a-half tracks at Las Vegas last year?

“The biggest thing is probably the air when people are in front of you, on your door or behind you — how squirrelly the truck gets and how you have to react before it even happens. That’s probably the biggest thing I’ve learned. I still need to learn a lot more about it, but we are one step closer.”

KBM-47: The Monster Energy/Advance Auto Parts team will unload KBM-47 for Friday’s Digital Ally 250 at Kansas. KBM-47 has an average qualifying position of 2.9 across seven career starts including a pole with Noah Gragson at Chicagoland Speedway in Joliet, Ill., last June. Christopher Bell’s runner-up finish with the Toyota at Las Vegas (Nev.) Motor Speedway in 2017 was the truck’s best career result, but it has finished inside the top five in five of its seven starts. Friday will be the first outing for the Tundra in 2019.