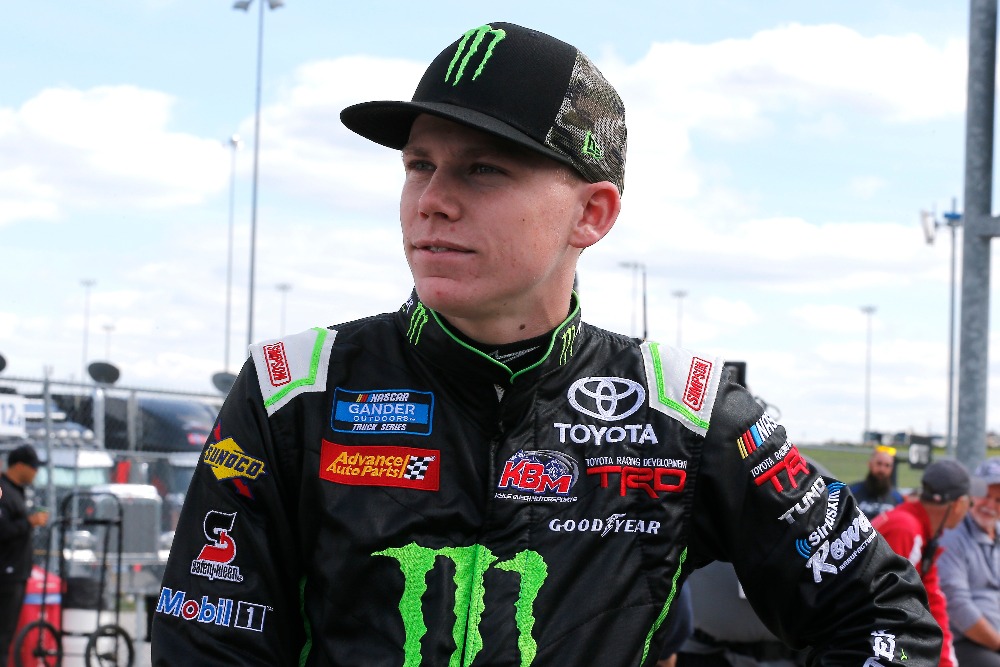 You had a strong run last year at Iowa in the Xfinity Series. Are you looking forward to going back there in a truck?“Yeah – I love Iowa Speedway. Probably one of my favorite racetracks – it’s awesome you can run from the bottom to the top. It’s pretty wore out too — so it gets pretty racey and I’m excited.”

Does Iowa Speedway race more like short track or an intermediate track?

I view it as a short track because it’s small and the racing is a lot tighter. On a mile-and-a-half it gets a little bit more spread out. I’m looking forward to the short-track racing on Saturday afternoon.”

How do you approach running a limited schedule in multiple series?

“The bouncing around between series is a lot of fun, but challenging in the same aspect because each car drives a lot different than what I’ve driven the past weekend. It takes getting used to the car or truck, getting a few laps in practice to get settled in and then trying to go after in the race.”

KBM-34: The Monster Energy/Advance Auto Parts team will unload KBM-34 for Saturday’s M&M’s 200 at Iowa. Owner-driver Kyle Busch was victorious with this Tundra at Martinsville in April of 2016 when he led a race-high 123 laps. Four different drivers (Harrison Burton, Kyle Busch, Todd Gilliland and Daniel Suarez) have posted top-10 finishes with the Toyota across its eight-career starts. In its most recent action, KBM-34 finished 11th with Harrison Burton in March at Martinsville.