Ready to ‘Clock’ Back in at His Day Job 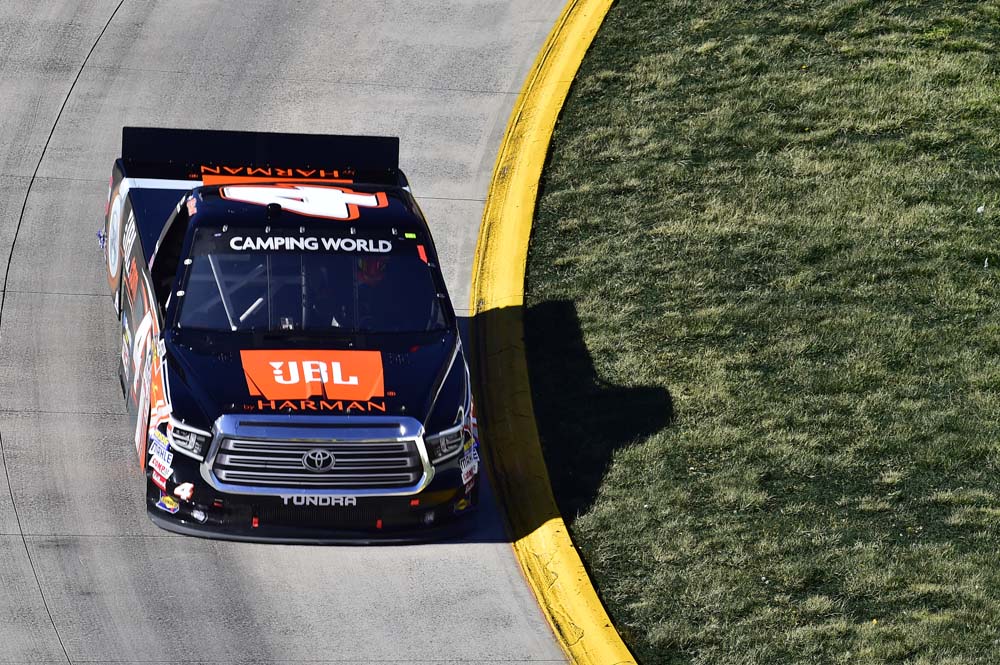 MOORESVILLE, N.C. (Oct. 23, 2017) – Christopher Bell spent his weekend off from the NACAR Camping World Truck Series competing in the NASCAR Xfinity Series race at Kansas Speedway in Kansas City, where he worked his way past Erik Jones with four laps remaining and went on to collect his first Xfinity Series victory in just his fifth series start. Bell will now switch his focus back to the Truck Series for the Round of 6 of the playoffs, which begins with Saturday’s race at Martinsville (Va.) Speedway.

Bell, who won the Truck Series regular season title, enters the Round of 6 as the No. 1 seed and with the 47 bonus points he has earned throughout the season, begins the round with a 34-point cushion on the cutoff line for advancing to the championship race at Homestead-Miami (Fla.) Speedway. The 22-year-old driver earned his spot in the Round of 6 by winning the opening race of the 2017 playoffs at New Hampshire Motor Speedway in Loudon and followed that up with runner-up finishes at Las Vegas (Nev.) Motor Speedway and Talladega (Ala.) Superspeedway, giving him an average finish of 1.7 in the opening round. 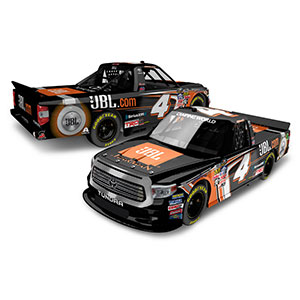 Bell’s performance in the Round of 6 came as no surprise as the talented wheelman has proven all season to be one of the drivers to beat for the Truck Series championship. The Oklahoma native leads the series in nearly every major statistical category, including wins (five), poles (four), top-five five finishes (13), top-10 finishes (17), driver rating (118.4), average starting position (4.3), average finish (5.8), average running position (6.0), laps led (739) and fastest laps run (351).

Saturday’s 200-lap event at “The Paperclip” will be Bell’s fourth time tackling the challenging .526-mile track. The dirt standout turned pavement prodigy qualified 14th and finished 19th in his debut at the Virginia track in April of 2016 and then showed major improvement last fall when he qualified sixth and finished fourth. Bell had his grasp on a grandfather clock earlier this year when he led a race-high 92 laps, but his bid for a victory was thwarted as he was working his way around a truck at the tail of the field with 17 laps remaining and got clipped as he was completing the pass. He was able to gather up his Tundra and continue on with minor damage, but two trucks made their way past him in the process and left him with a disappointing third-place finish.

Bell’s spirits should be high coming off his exciting Xfinity Series win at Kansas, but he’s ready to ‘clock’ back in at his day job this weekend in Martinsville for the opening race of the Round of 6 in the Truck Series playoffs. He’ll be piloting the same Tundra, KBM-24, that he did in the opening race of the Round of 8 at New Hampshire and he’s hoping to ‘clock’ out with the same result.

Does solidifying your plans for next year allow you to stay more focused on winning a Truck Series championship this year?

“To have my plans in place for next year is really nice because it allows me to focus on the task of winning a Truck Series championship without having to worry about racing for a job for next year. I’m excited to continue my relationship with Toyota and thankful that they have believed in me through thick and thin. I wouldn’t have the opportunity that I do for next year at Joe Gibbs Racing without everyone at Kyle Busch Motorsports and what they’ve done for me the last three years, so I’m going to do everything I can to try and pay them back with a Truck Series driver’s championship before I move up to the Xfinity Series next year.”

Does the strong run you had in the spring race at Martinsville give you confidence heading into this weekend?

“The first time I raced at Martinsville it was really a struggle, but the last two times I feel like we’ve had good speed. We were able to lead a bunch of laps in the spring and we were in position to win late in the race, so that gives me confidence heading into this important playoff race.”

What does your team need to do in the Round of 6 to advance to earn one of the four spots in the championship race?

“If we could leave Martinsville with a win and automatically advance to the next round like we did at New Hampshire that would be great. We have over a 30-point cushion on the teams that are on the cutoff line, so we just have to go out and be mistake free for the next three races because a good average finish will probably get us there, but we don’t plan on racing that way. I know that everyone on our team wants to get a win at Martinsville and Christopher wants a clock really bad, so we expect to go and compete for a win right out of the gates.”

KBM-24: The No. 4 JBL Racing team will unload KBM-24 for Saturday’s Texas Roadhouse 200 at Martinsville (Va.) Speedway. Bell won the opening race of the 2017 playoffs at New Hampshire Motor Speedway in Loudon with the same Tundra.

Ryan “Rudy” Fugle begins his fourth season as a crew chief at KBM and sixth overall with the organization.  The New York native has guided his team to an Owner’s championship in all three of his seasons (2013, 2015 & 2016) atop the pit box at KBM, including a combined Owner’s/Driver’s Championship with Erik Jones in 2015. His drivers have combined for 21 wins, 13 poles and 45 top-five finishes across his 87 races calling the shots for the organization. Under his tutelage last season, William Byron collected a Truck Series’ rookie record seven wins while leading the No. 9 Tundra team to KBM’s fourth consecutive and fifth overall Owner’s championship.

Fugle’s NCWTS drivers have posted one pole, three top-five and seven top-10 finishes resulting in an average finish of 9.2 across eight starts at Martinsville. His best result is third, which has happened three times, including earlier this year with Christopher Bell.