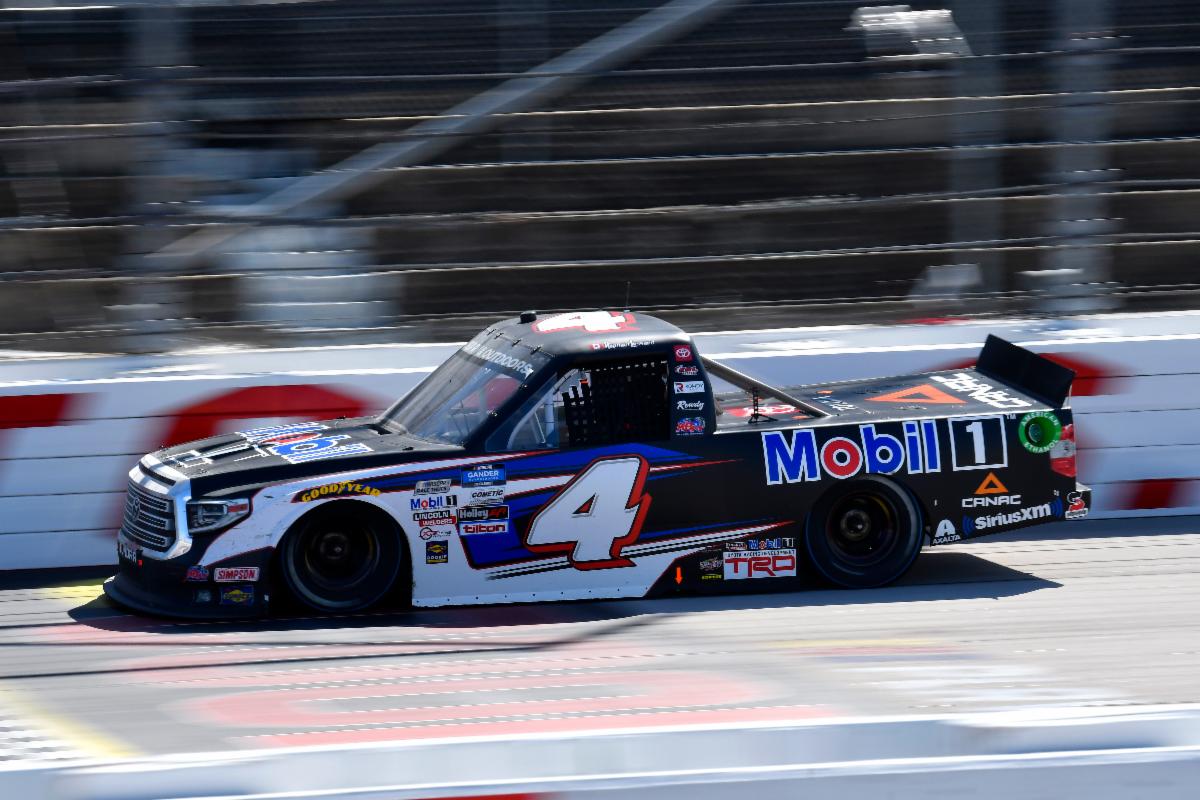 Making his first career start at Darlington Raceway, Raphael Lessard brought the No. 4 Mobil 1 Toyota Tundra home in the sixth position and picked up his fourth top-10 in the last five races.

Four top-10 finishes in the last five races. How was your race?

“We had a really good truck. I was just learning the racetrack the first few laps. I feel like I picked up the racetrack really good. The TRD simulator helped me a ton for that. It was just like I had already been there before. We were really good at the beginning, running in the top-five. We were fighting a little bit too loose most of the race, but we got it pretty good at the end. I was pretty conservative with my line, not running too close to the wall most of the day. At the end, I just started going right around as close as I could get to the fence. I found a lot of speed there. I should have done that before, but oh well. Overall, we gambled on the last caution by pitting. We didn’t gain anything, because we were p6, and then we came out p16, and we ended up p6. Really close to a shot at winning the race I feel like with our strategy, we just needed a little bit more left, but overall, we are getting really good. We are getting better every week, and the goal is to go win at Richmond next week to be able to be in the Playoffs. I just can’t thank everyone at Mobil1, CANAC, Kyle Busch Motorsports, Toyota and TRD for everything they do. We are getting there. It’s fun to see that we are running some good races.”

After 15 events, Lessard sits 12th in the NASCAR Gander RV & Outdoors Truck Series point standings. He faces a must-win situation in the final regular season race on Thursday at Richmond in order to make the Playoffs.

Lessard will be back behind the wheel of the No. 4 Tundra when the NASCAR Gander RV & Outdoors Truck Series resumes action on Thursday, Sept. 10, 2020, at Richmond (Va.) Raceway. Live coverage of the ToyotaCare 250 will be on FS1, Motor Racing Network and SiriusXM at 8 p.m. ET.