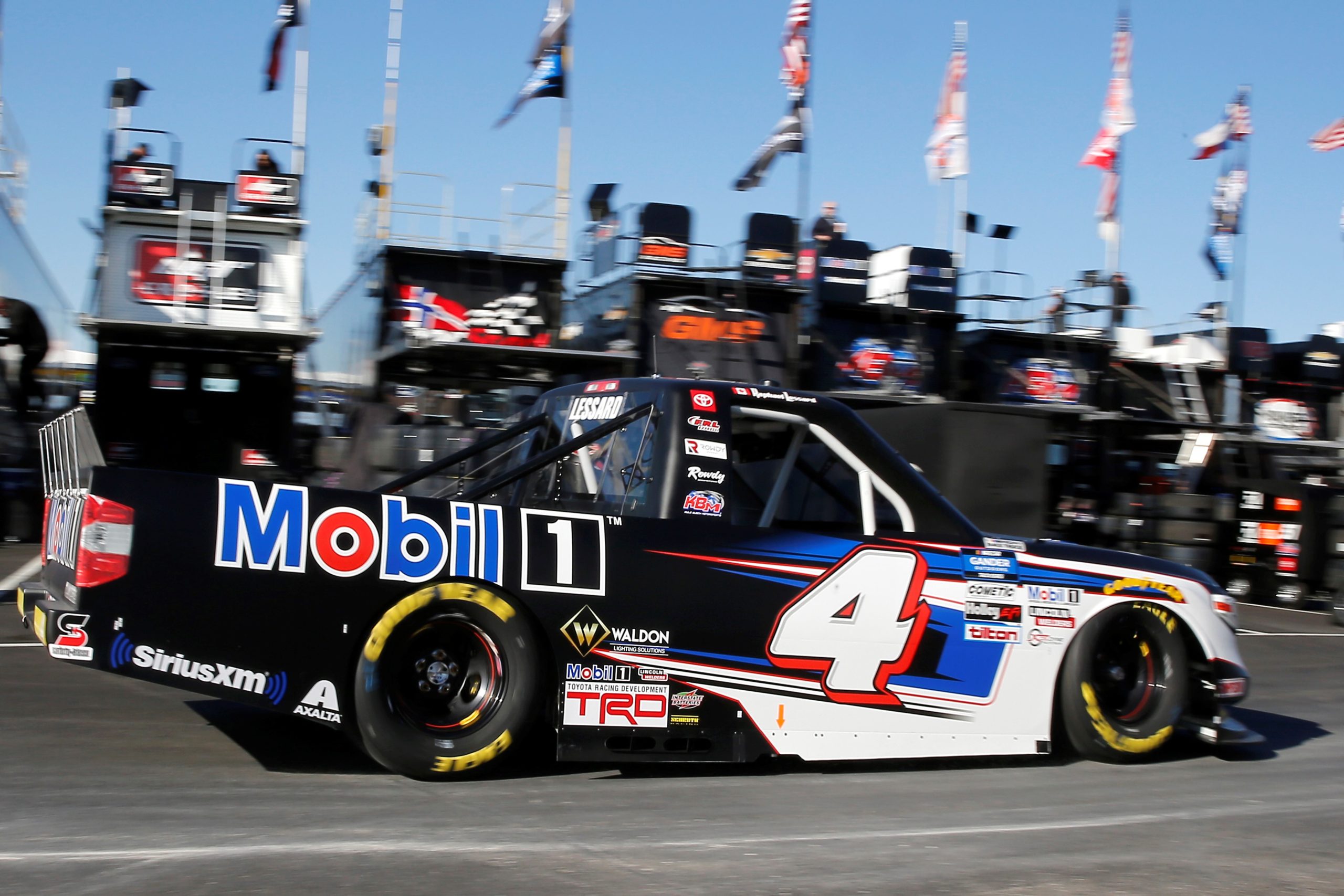 Raphael Lessard was relegated to a 30th-place finish in the Strat 200 at Las Vegas (Nev.) Motor Speedway in his first start on a 1.5-mile speedway. The young driver qualified eighth in one round of single-vehicle qualifying, and then was running in the top-10 before a pit stop miscue cost him track position. The Canadian teenager was able to climb back into the top-10, but then lost control of the No. 4 Mobil 1 Tundra and hit the wall, ending his evening.

“We had a really good run going, but we just had a couple of mistakes that caused us to get back in traffic and then we ended up in the wall and we just couldn’t continue. It’s not the result we were looking for, but I want to thank Kyle Busch Motorsports, my crew chief Mike Hillman Jr., Mobil 1 and Toyota for all of their support. We’re still learning and getting better every time we go to the track, so in a few weeks, we’ll get back at it at Atlanta.”

Christian Eckes, driver of the No. 18 Toyota Tundra, finished 23rd

Raphael Lessard and the No. 4 Mobil 1 team will return to action when the Truck Series returns Saturday, March 14 at Atlanta (Ga.) Motor Speedway. Live coverage of the Georgia 200 begins at 1:30 p.m. EST on FS1.