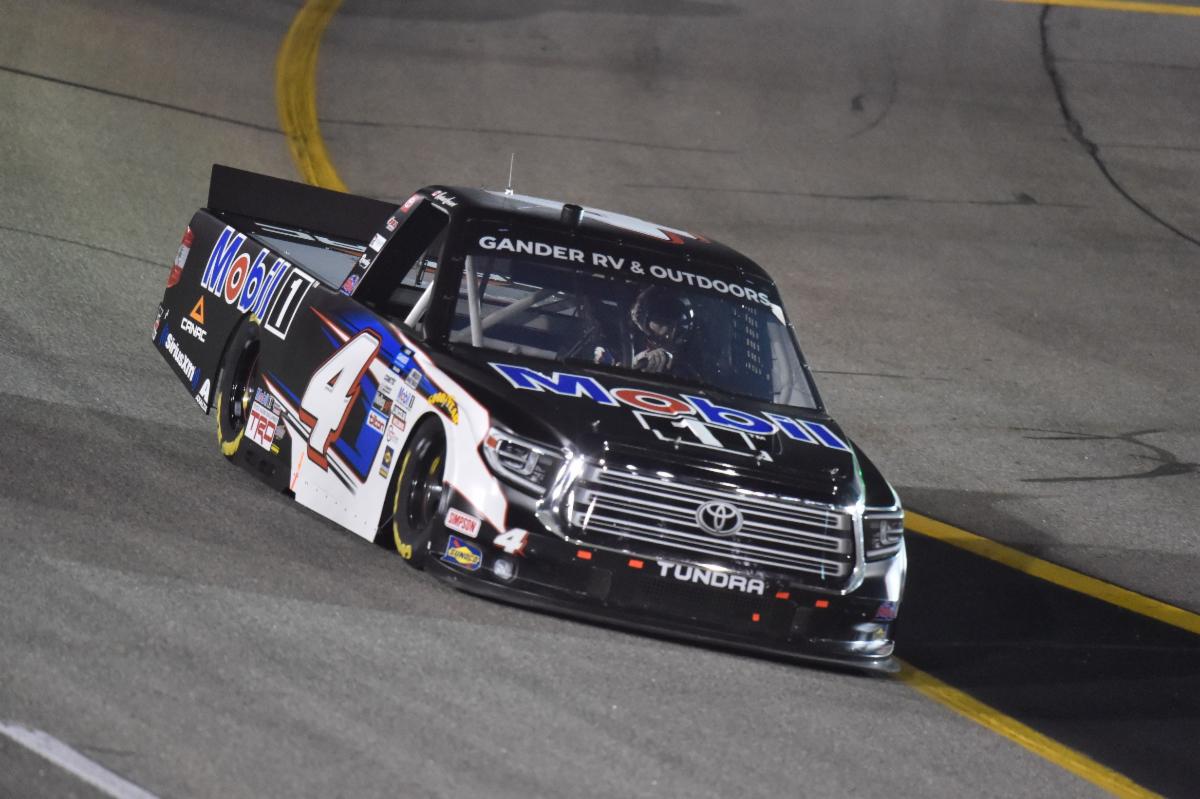 In his first career start at Richmond (V.A.) Raceway, Raphael Lessard was relegated to a 26th-place finish after a jack malfunctioned during a pit stop. Despite the disappointing finish, the rookie driver remains in the 12th position in the driver’s points standings.

What happened during your pit stop that caused you to go several laps down?

“At the end of stage one, we had a bad pit stop. The jack man dropped the jack, and I left the box on three wheels. The left-rear tire wasn’t on. That pretty much ended our day right there. We had a pretty good Toyota Tundra. We could’ve made it a lot better throughout the race. I felt like we could’ve made it to the top-five at the end, maybe, but oh well. I can’t thank everyone enough at Mobil 1, CANAC and Kyle Busch Motorsports. We will get our confidence back up. We will move on to Bristol. We aren’t in the playoffs, so we have nothing to lose. We’re just going to be aggressive and go get those wins.”

Lessard will be back behind the wheel of the No. 4 CANAC Tundra when the NASCAR Gander RV & Outdoors Truck Series resumes action on Thursday, Sept. 17, 2020, at Bristol (Tenn.) Motor Speedway. Live coverage of the UNOH 200 will be on FS1, Motor Racing Network and SiriusXM at 7:30 p.m. ET.