Raphael Lessard Gets Spun While Running Up Front Late at Martinsville 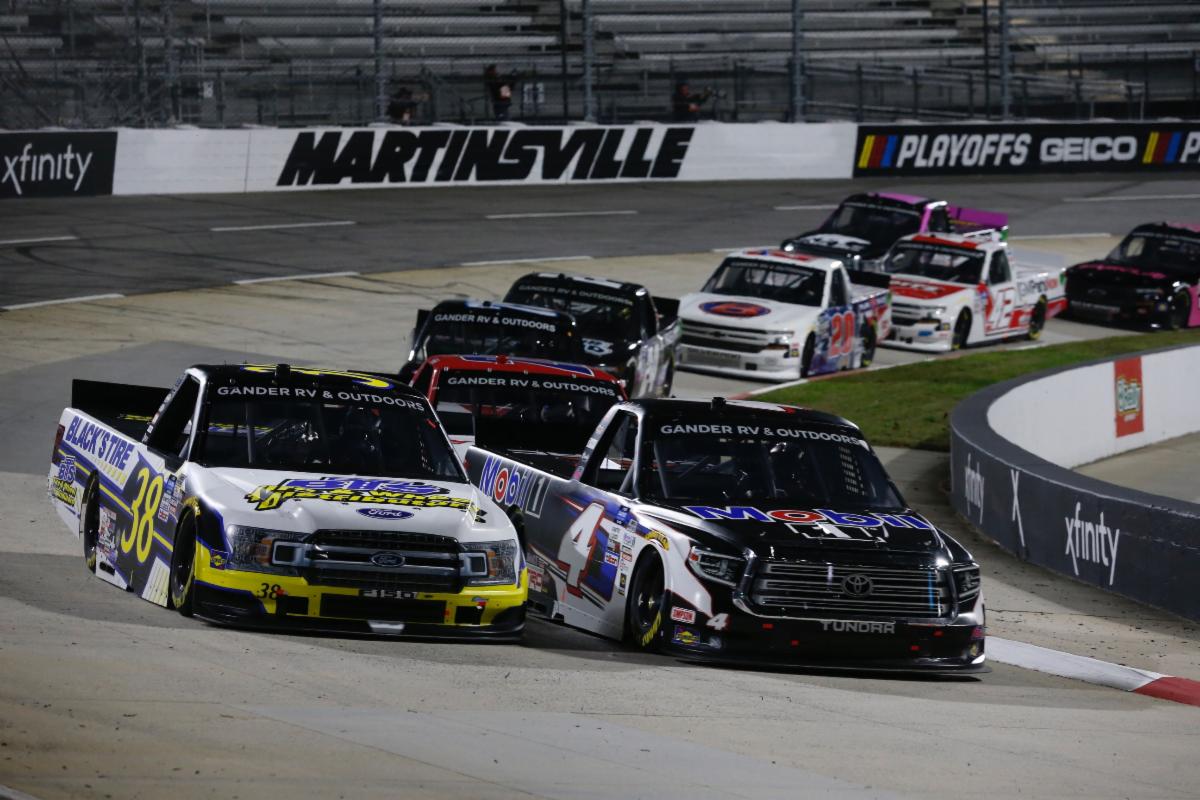 Raphael Lessard looked to score his second victory of 2020 in the closing laps of the NASCAR Hall of Fame 200 at Martinsville. The solid run was spoiled when Ben Rhodes made contact with the No. 4 Mobil 1 Tundra shortly after the rookie driver restarted from the lead late and spun the rookie driver in Turn 1. The incident collected Brett Moffitt and created substantial damage to the No. 4 Tundra.

The 19-year-old driver brought his Tundra to the attention of the over-the-wall crew for substantial repairs in order to complete the closing laps. Lessard was able to nurse his way through the final three laps to a 20th-place finish at the short track.

Despite the finish, Lessard was credited with leading ten laps.

“I can’t tell you how frustrating and disappointing it is. We ran in the top five for most of the race and were in the lead with eight laps remaining until another driver spun us. Despite the result, I am still very proud of my No. 4 Mobil 1 team and everyone who supports me. We were so fast!”

Lessard will be back behind the wheel of the No. 4 Tundra when the NASCAR Gander RV & Outdoors Truck Series resumes action on Friday, Nov. 6, 2020, at Phoenix Raceway. Live coverage will be on FS1, Motor Racing Network and SiriusXM at 8 p.m. ET.