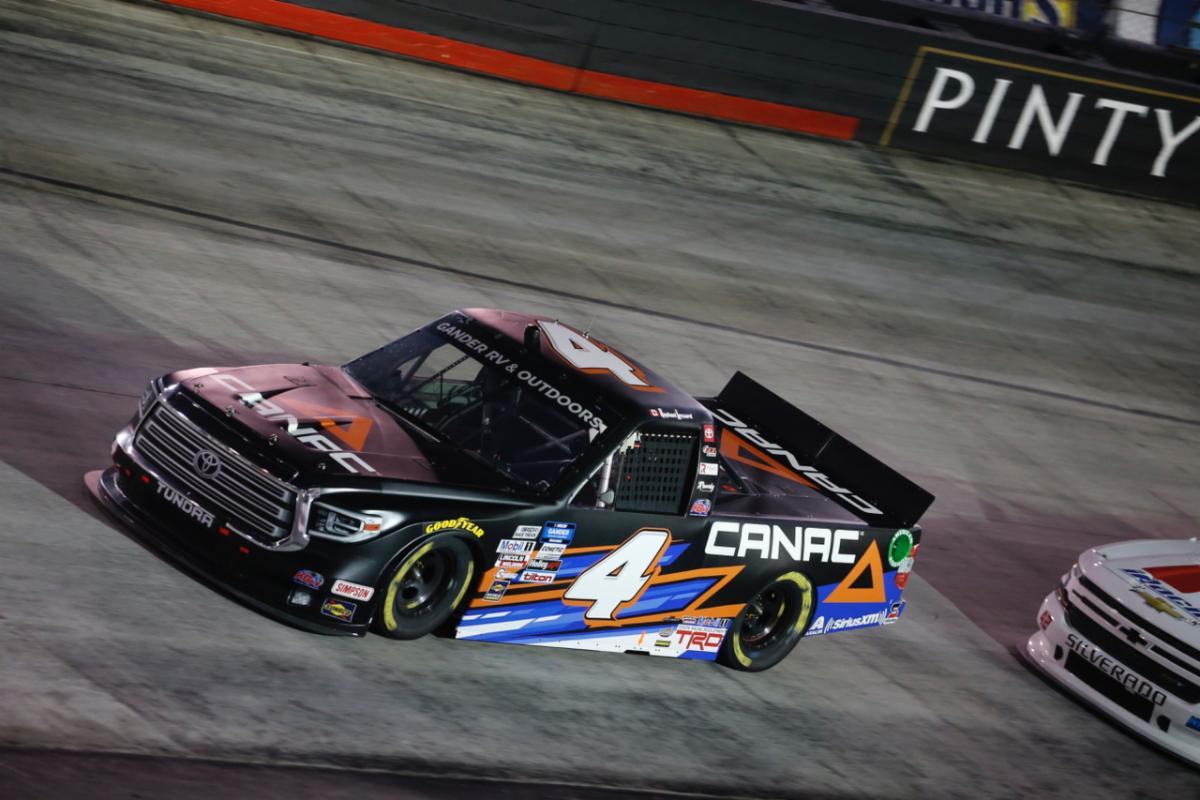 After getting caught a lap down in the opening stage at Bristol (Tenn.) Motor Speedway, Raphael Lessard was unable to get back on the lead lap. The rookie driver crossed the line in the 19th position, but after a disqualification, the rookie driver was credited with an 18th-place finish. He remains in the 12th position in the points standings.

“We really struggled. We were really bad from the get-go. We were trying to work the outside and the inside. It wasn’t great. We fell a lap down at the beginning because of where we started. We couldn’t get back on the lead lap. The truck was not really good at all. There is no reason for us to be running where we were at Bristol. Bristol is one of my best tracks. It was very frustrating, but I can’t thank everyone at CANAC, Mobil 1, Toyota and Kyle Busch Motorsports.”

Lessard will be back behind the wheel of the No. 4 Mobil 1 Tundra when the NASCAR Gander RV & Outdoors Truck Series resumes action on Friday, Sept. 25, 2020, at Las Vegas (Nev.) Motor Speedway. Live coverage of the World of Westgate 200 will be on FS1, Motor Racing Network and SiriusXM at 9 p.m. ET.