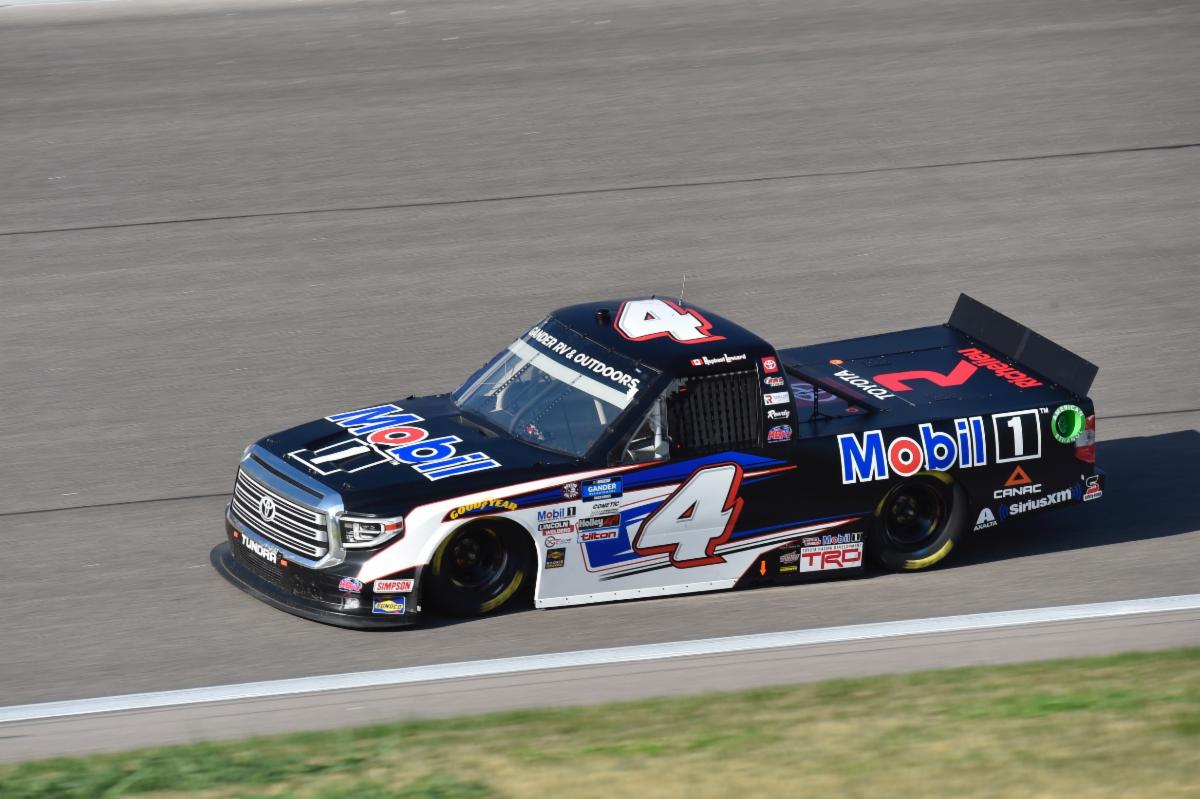 Raphael Lessard started 12th and finished 16th in the Blue-Emu Maximum Pain Relief 200 at Kansas Speedway. Lessard battled a loose-handling Mobil 1 Tundra throughout the 134-lap event. Based on his 16th-place result in tonight’s race, the 19-year-old Canadian driver will line up 16th for tomorrow’s race, which begins at 1:30 p.m. ET.

“Well, it was not the night we wanted at all. We were very, very loose. Just way too loose, especially on long runs. I felt like on short runs I could keep up with them, but as we run, it would just get super free on me. We will get better for tomorrow. We will work on it. We’ll talk with the team and my crew chief Mike Hillman. We will just try to get it tomorrow. It is going to be a different temperature tomorrow. I think the truck will handle a little bit differently. I’m just ready to get back at it tomorrow.”

Lessard will be back behind the wheel of the No. 4 Mobil 1 Tundra when the NASCAR Gander RV & Outdoors Truck Series resumes action on Saturday, July 25 at Kansas Speedway. Live coverage will be on FS1, Motor Racing Network and SiriusXM at 1:30 p.m. ET