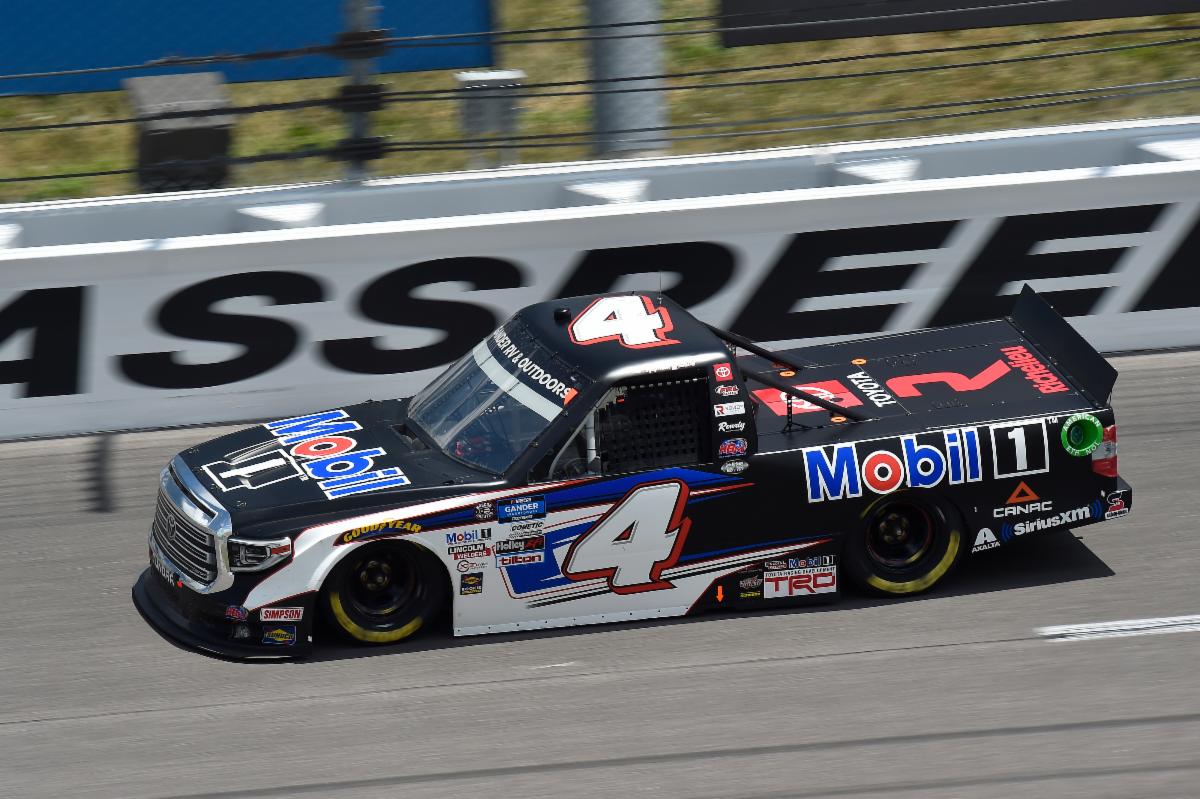 Raphael Lessard rebounded from a late-race tire issue that caused his No. 4 Mobil 1 Tundra to spin late in the race to equal his season-best result with an 11th-place finish in the e.p.t 200 at Kansas Speedway.

Raphael Lessard, driver of the No. 4 Mobil1 Tundra for Kyle Busch Motorsports:

“Well, the race is over. It was not exactly the race we wanted, but we were better than yesterday. Our truck was way better to compete with those guys up front. We were just missing the opportunity. Every time we were coming through the field and making moves in the top-10, I felt like we would have a restart and do it all over again. Someone made contact with us at the end and we got a flat tire with 20 laps to go. We came back for an 11th place finish. You know what, we are getting better and better! I’m getting more comfortable. My crew chief Mike (Hillman Jr.) made some good adjustments all race long. I felt like I could feel those adjustments and feel the truck getting better and better, so that was a really positive thing for the day. We will keep on working. I look forward to going to Michigan and being even better there.”

Next Race:
Lessard will be back behind the wheel of the No. 4 Tundra when the NASCAR Gander RV & Outdoors Truck Series resumes action on Friday, August 7, 2020, at Michigan International Speedway. Live coverage will be on FS1, Motor Racing Network and SiriusXM at 6 p.m. ET.