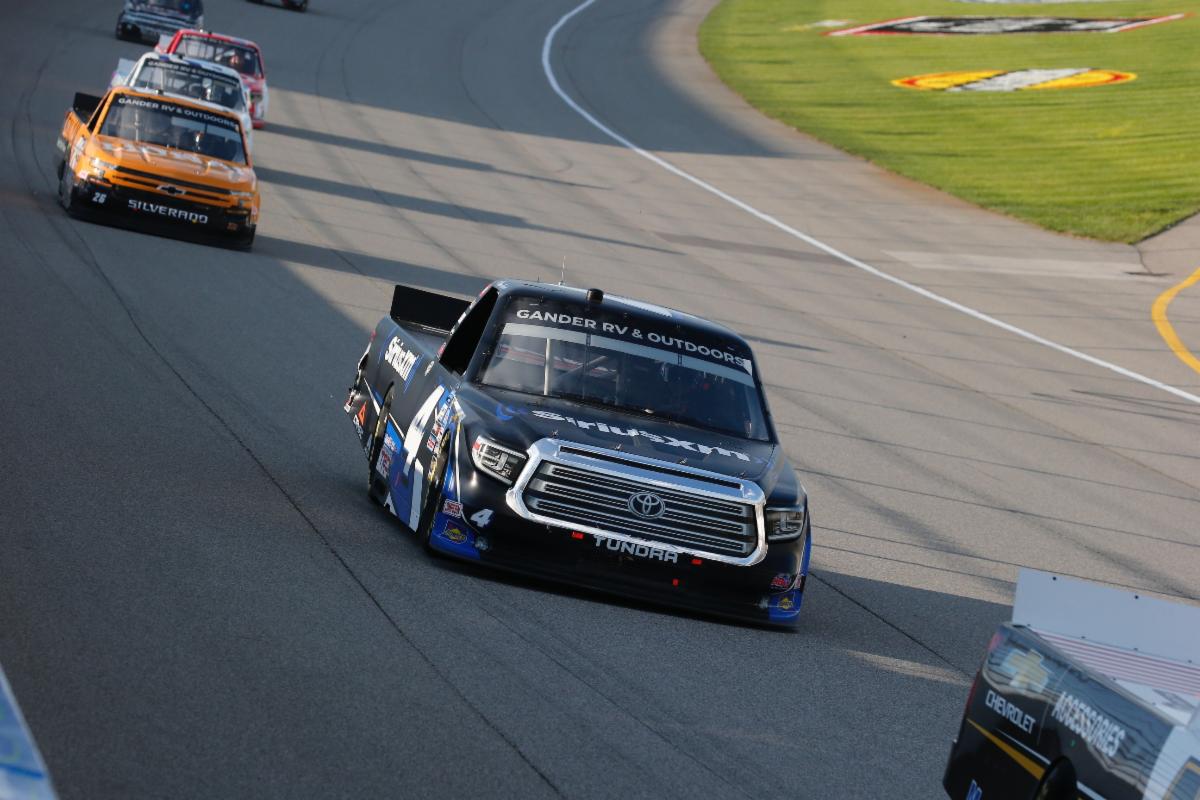 Raphael Lessard rebounded from a flat tire in the second stage to earn a career-best seventh place-finish in the Henry Ford Health System 200 at Michigan International Speedway. The rookie driver scored his first top-10 finish of 2020 and third top-10 of his career Friday night. Lessard also led four laps.

What was the race like for you today and how proud are you of your career-best finish?

“The beginning of the race went really well. I think we had the right strategy. We pitted before the end of Stage One so we could get through the end of Stage Two without pitting. We took the lead at the beginning of Stage Two and I felt like we were one of the only trucks that could get up front and keep a good gap with the guy in second place. I wasn’t running 100 percent because I was trying to take care of my stuff at the same time. The SiriusXM Toyota Tundra was really, really fast today. Just can’t thank everyone on my team enough. While we were leading, we got a flat tire so we had to come to pit road. Got lapped and just from there on it was all teamwork. It was all about my team never giving up and just working hard all race. We got another flat during the race so that kind of put us behind again. I just can’t thank everyone at Kyle Busch Motorsports and my crew chief, Mike Hillman Jr. – he did an awesome job tonight. My truck was really fast. I think it needs a whole body. There was a lot of drag in the truck at the end. I wasn’t really good in traffic because of that, but we battled for a top-five at the end. That’s really good and what we needed. We just never gave up and that’s what we’re all about. Just keep on working. I feel like we’re just going to keep on improving and keep getting better for the rest of the season.”

Lessard will be back behind the wheel of the No. 4 Tundra when the NASCAR Gander RV & Outdoors Truck Series resumes action on Sunday, Aug. 16, 2020, on the Daytona (Fla.) International Speedway Road Course. Live coverage will be on FS1, Motor Racing Network and SiriusXM at noon ET.