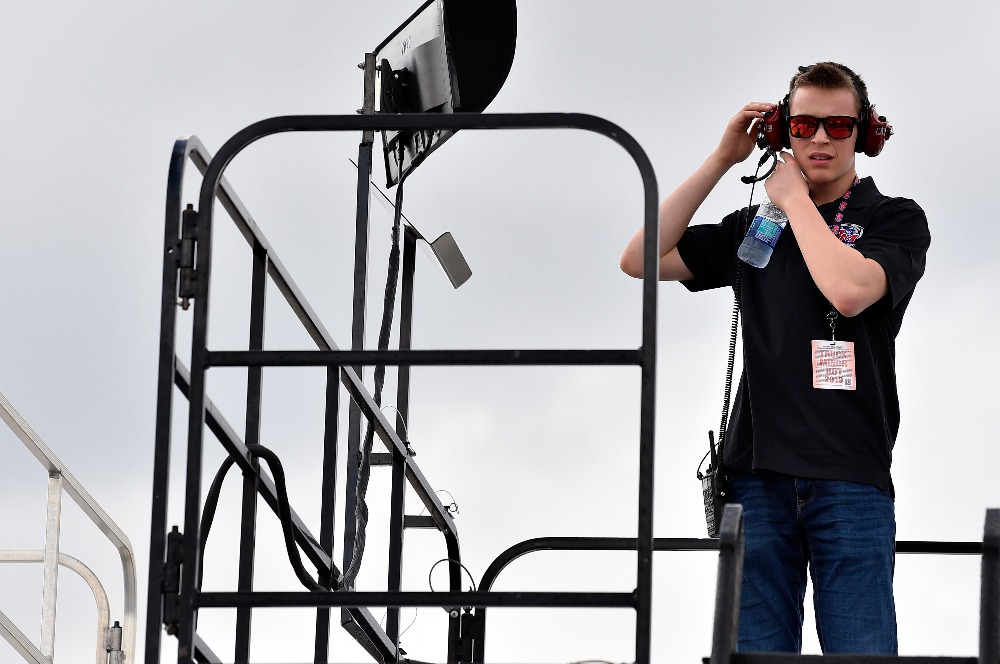 How have you prepared for your NASCAR Gander Outdoors Truck Series debut?

“I went to Atlanta a couple weeks ago to watch a truck race and see what a truck weekend is all about. I think it went pretty well — Kyle won that race and I got to be in victory lane for the first time. I’ve prepared by watching video — watching the race from last year. I went to the TRD simulator and that helped me a lot. I’m sure we are going to have a good weekend. I’m going to have to get used to the trucks. Those Toyota Tundras are a little bit different than what I’m used to in Super Late Models. I’m sure the truck is going to be good — Kyle Busch Motorsports always brings fast trucks to the races. It’s just going to be about me getting used to it.”

What do you know about Martinsville Speedway and have you raced on any tracks similar?

“I know that it’s a pretty tight little race track — long straightaways, tight corners. It’s all going to be about who is turning the middle of the corner the fastest. I’ve been to a couple of race tracks similar to this — like Greenville Pickens (Speedway). Even my home track is a quarter-mile and really tight. I’m used to those race tracks and we’re going to have a lot of fun this weekend.”

What does it mean to have Canadian headquartered companies backing you in the Truck Series?

“It’s really nice to have Spectra Premium onboard with us this weekend and to be affiliated with them. Hopefully we can grow the relationship in the future. Having the maple leaf on the car is going to be really awesome, hopefully it’ll be fun for Canadian fans to watch and hopefully draw the interest for more Canadian companies to come onboard as we are looking.”

“We are thrilled and honored about this partnership with Toyota Racing Development. We are looking forward to closely collaborate with such exceptional racing engineers and champions by contributing to the temperature control of ever more competitive powertrains. We are very pleased at the opportunity of supporting Raphael’s first entry in this series as well as renewing with Todd for another race in Canada.”

KBM-30: The Spectra Premium/FRL Express team will unload KBM-30 for Saturday’s NGOTS 250 at Martinsville Speedway. The Tundra has made 12 career starts, all on mile-and-a-half tracks, since being built in 2015.