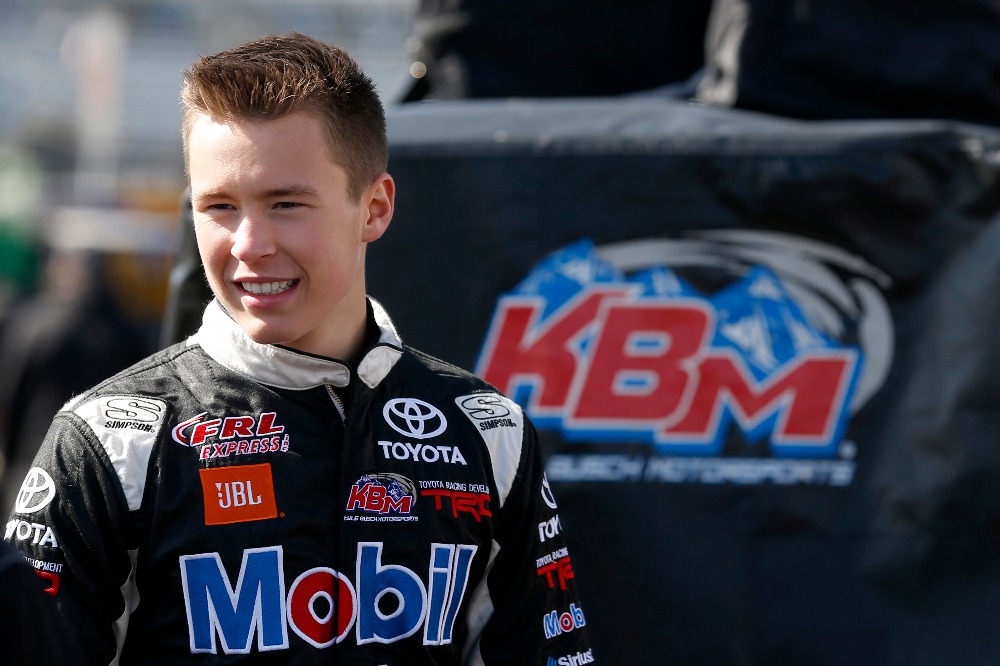 After a solid debut at Martinsville, what is your outlook heading to Dover?

Dover is a unique track, what are you doing to prepare for this race?

“I’ve watched a lot of video. I’m going to the TRD (Toyota Racing Development) simulator and I’ve talked to some drivers that have been there before. I’ve been waiting for a while for this one. Dover is called the Monster Mile for a reason – it’s really fast and its high banked. It’s a little bit like Bristol, but way bigger. I love Bristol, so I’m probably going to love Dover too. I’m excited and I can’t wait to get the first run in during practice – I think I’m going to have a good feel of it and it’s going to be about getting a good feel of it for the race.”

KBM-30: The Spectra Premium/FRL Express team will unload KBM-30 for Friday’s JEGS 200 at Dover. The Tundra is the same chassis that Lessard qualified seventh and finished 14th with at Martinsville.