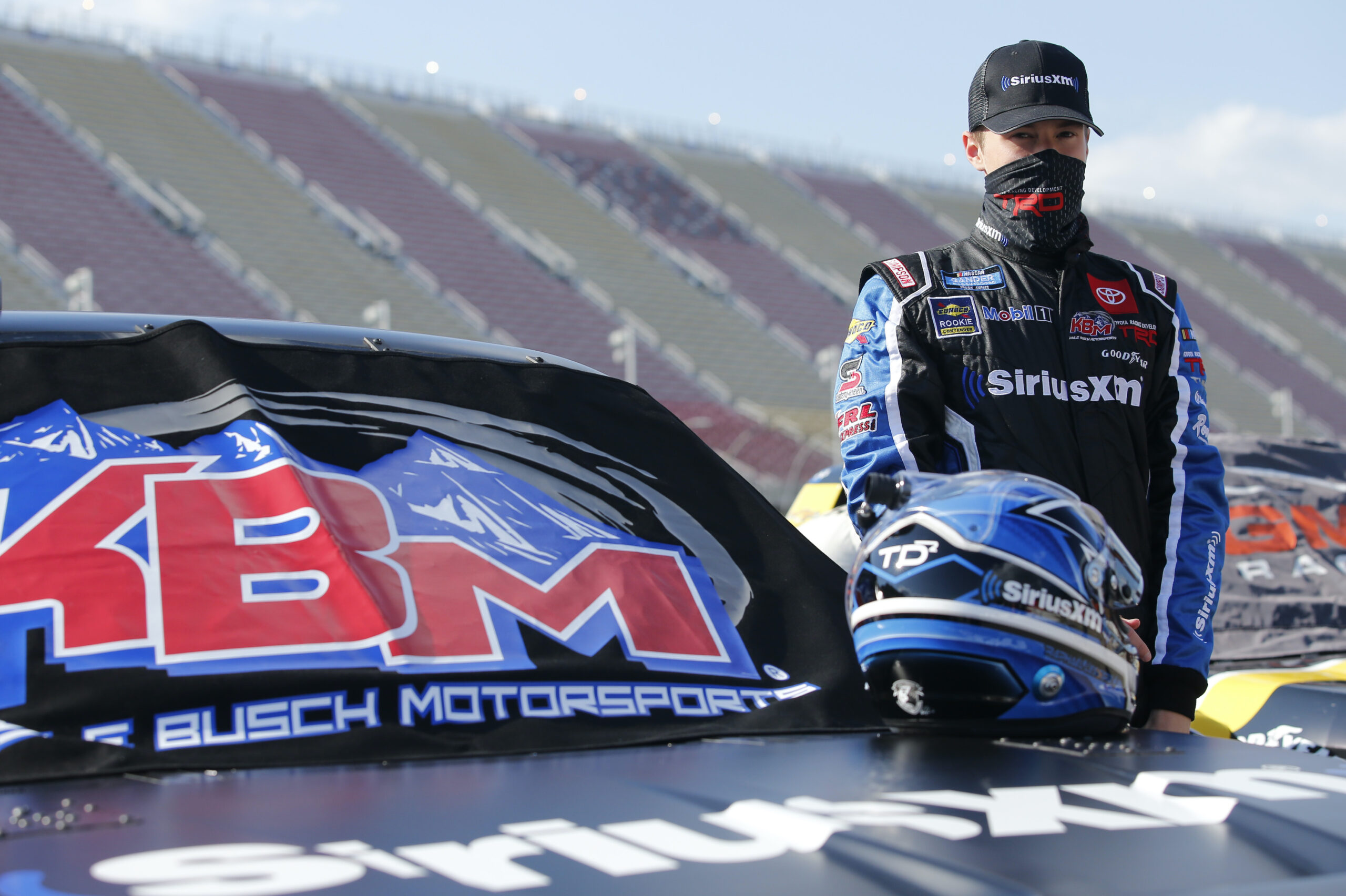 With being outside of the playoff picture right now, how will you approach the final three races of the regular season?

“From now on, our goal is to just win a race. We want to be in the playoffs. We have three more races. We are outside of the bubble right now. To make it into playoffs, we need to win. We are going to every racetrack. Our goal is going to be to win, not to gain any points. It’s going to be all about positioning ourselves at the end of the races to win. I have to work really hard this weekend to be able to do that. I feel like Gateway is going to be a good one for us. We’re going to have a good SiriusXM Tundra. I’m excited. We are going to go for the win.”

In studying for World Wide Technology Raceway, do you feel like it’s similar to any track you’ve raced at before?

“Yeah – I feel like Turns Three and Four are similar to New Hampshire. I’ve been there once in a late model when I was 14 years old. I don’t remember much about it, but I feel like it might help me figure out (Turns) Three and Four a little bit faster. One and Two are different. I feel like you are going to shift all race. Third to fourth and fourth to third in the center to get off really good. That’s going to be an interesting shift on an oval. I’m excited for it. I’m excited to learn a new racetrack again. I think we are going to be good this weekend.”

Despite not being able to practice each week, do you feel that by racing every week that you’re getting more comfortable with what you need to do to be successful in the truck series?

“Yeah – I feel like I’m getting more and more comfortable even if we haven’t had any practice and qualifying. I’m getting more and more comfortable after all of those races this year. Besides Dover, that was not a good weekend for us at all. I feel like the last two, we were really good and competing for the win. We are going to go to Gateway the same way we approached Michigan and Daytona. We are going to go try and put ourselves in the playoffs by winning the race. That is what we are planning on. I think we know what we have to do to make it happen. We are just going to keep on working hard.”

KBM-062: The No. 4 SiriusXM team will unload chassis number KBM-062, which has been raced three times. Most recently, Lessard ran the chassis at Pocono Raceway, where the rookie driver finished 39th.