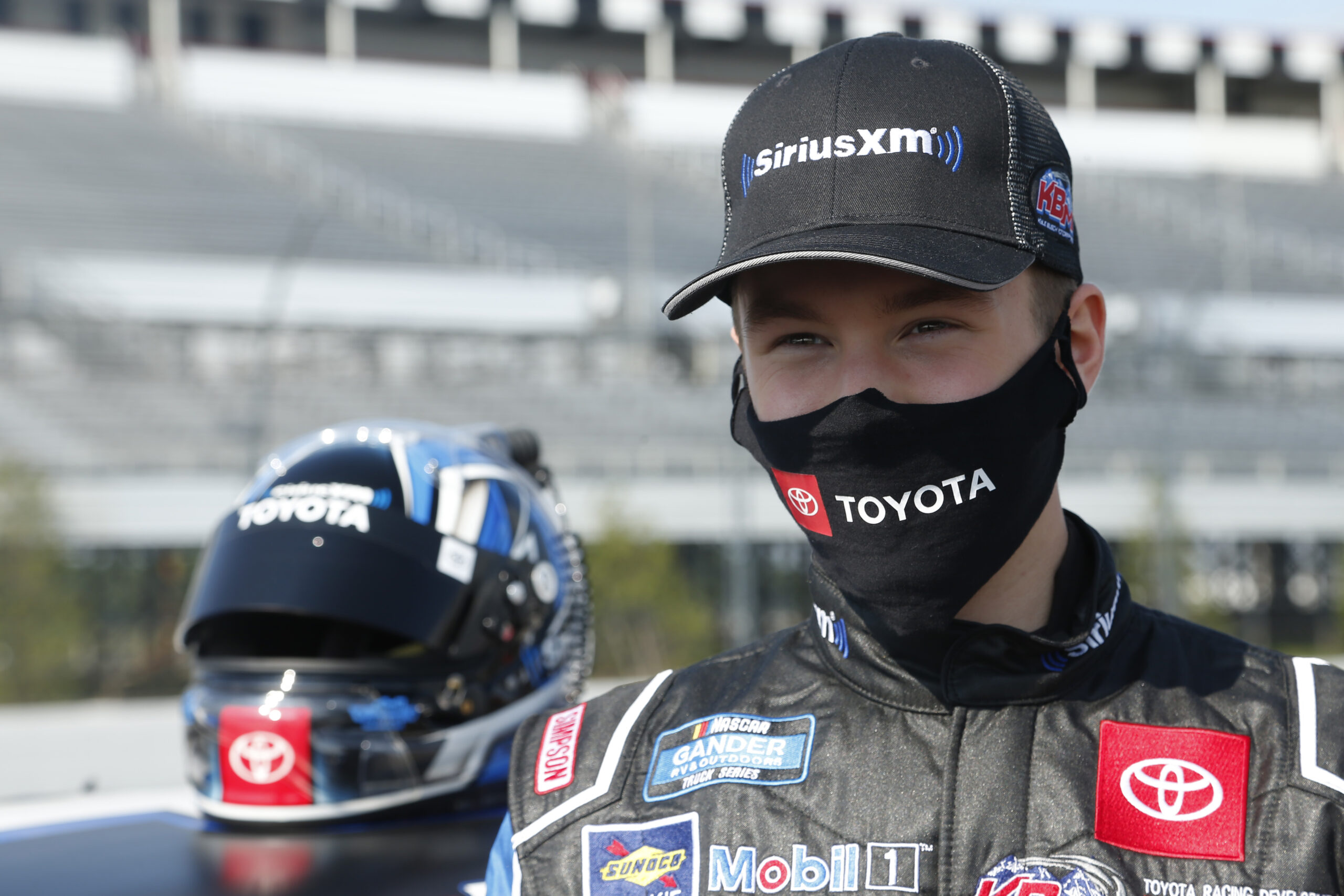 As a rookie, how tough has it been not being able to have practice time on track?

“As a rookie, it has been really hard with no practice and qualifying every weekend. My first laps around most of these racetracks is in the race. It makes it tough because in practice, you take your time to learn the racetrack and get the truck better to where you like it. Now during the race, you have to go. You are kind of in a rush to learn everything as quick as possible, but it’s kind of getting normal too. I feel like the more we race with no practice or qualifying it feels like normal now. I am getting used to that. I think it is going to help me in the future when we get practice again to be better at getting used to new racetracks. Kentucky is a new one for me this weekend. I have studied a lot of video. I’m ready. We should have a good SiriusXM Toyota Tundra.”

Do you pay attention at all to where you are in the playoff standings or do you just take things race by race?

“Yeah – for sure. I do pay attention on the championship because we want to be in the Playoffs. I feel like we are a team capable of being in the playoffs. We are just going to have to keep on working. We are ready to bounce back from what happened at the last race. We can’t change it. It’s already in the past. We are going to work really hard this weekend in Kentucky. I think we are going to have a really good race there.”

You moved to the United States at the start of the season from Canada to concentrate on your racing, which is tough on any young adult. How much more difficult has that transition been for you in the middle of a worldwide pandemic?

“Yeah – It’s a crazy year to move fulltime here in North Carolina. It’s been kind of crazy, but I haven’t seen my family for a really long time because the border is still closed. I love it here! I’m close to the shop at Kyle Busch Motorsports. I’m close to the gym at TRD and the simulator. All I do is think about racing, and that is what I’ve always wanted to do is move here and focus on my career. It’s still fun. It’s not the pandemic and everything that is going on right now is not going to stop me from being here.”

KBM-054: The No. 4 SiriusXM team will unload chassis number KBM-054, which has been raced five times. In 2018, team owner Kyle Busch won with the chassis at Pocono Raceway in Long Pond, Pa. Most recently, Harrison Burton piloted the chassis to an 11th-place finish at Charlotte (N.C.) Motor Speedway in 2019.