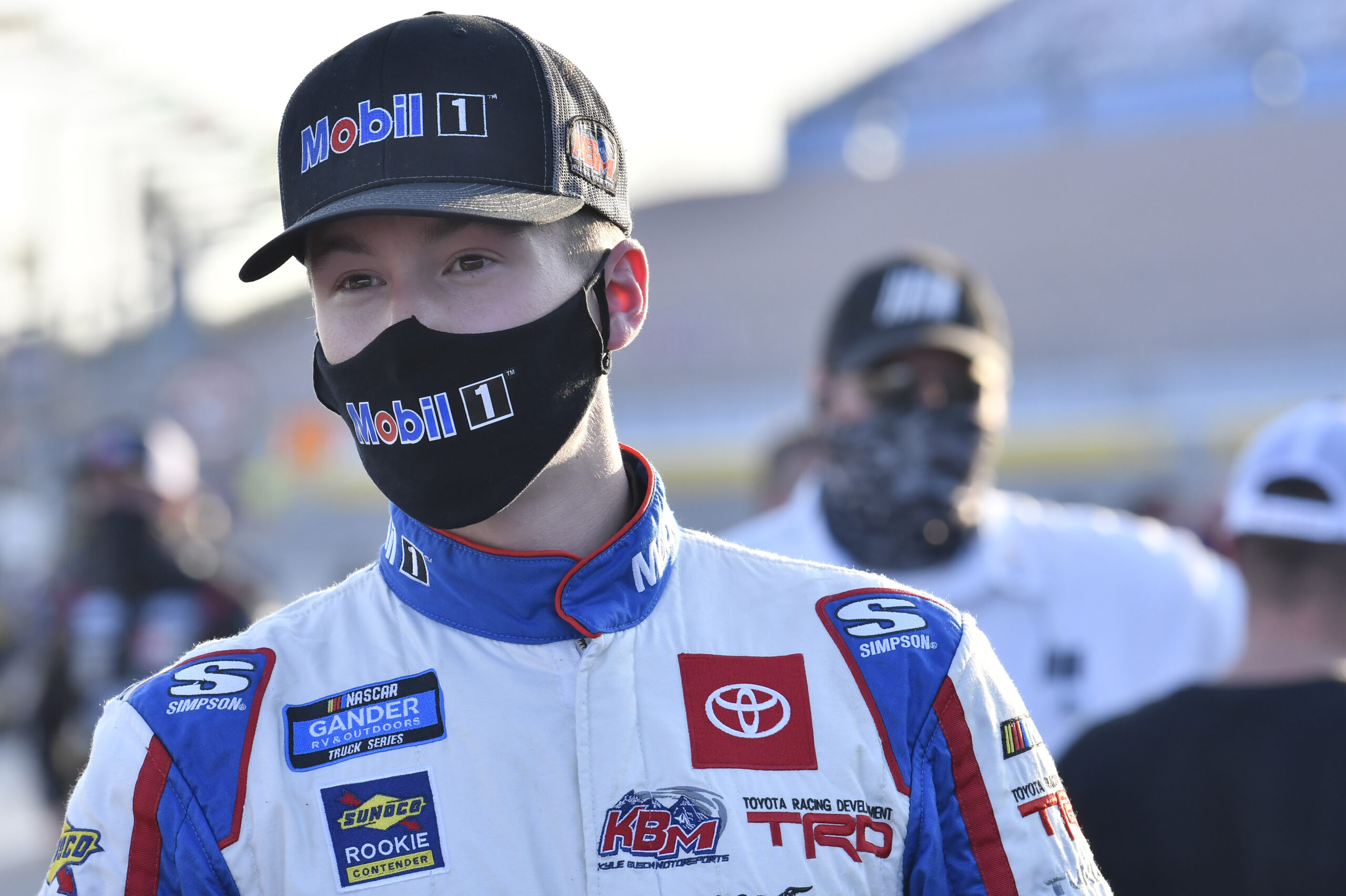 With no practice or qualifying, how much does it help to be going to Martinsville this week, where you already have a start under your belt instead of a track you haven’t been to before?

“I feel like it is going to help a lot. I ran my first truck race at Martinsville, so I know what to expect a little bit. I’m sure it’s going to be different. It always seems to be a little bit different this year. I’m excited. We are just going to go for it and work on our Mobil 1 Toyota Tundra throughout the race to make it better and be there at the end. I know there is a lot going on at Martinsville during the race. We are going to try to stay on the racetrack and stay clean for the last couple of laps.”

Do you feel that the truck series schedule should have more short tracks?

“For sure. I think we should go to more short tracks. Short tracks are exciting and have a lot of action going on. It’s my background. It’s what I’ve been doing since I started racing. I think it will help me a lot. This year I feel like I was able to perform at bigger racetracks too, but short tracks are something that I always enjoy racing. It’s awesome. I love it. I’m excited.”

How important is it to you to finish out these last two races strong?

“I think it is going to be very important to finish the season strong with two other great finishes because we are working really hard to get something for next year. The better result we get, the better it is for me to get something and get people excited. We are going to work hard. Just like Texas, we will work on it and get better as the race rolls on to be there at the end. I’m excited. I’m sure my Mobil 1 Toyota Tundra will be really good at Martinsville.”

KBM-035: The No. 4 Mobil 1 team will unload chassis number KBM-035, which has been raced 16 times. Most recently, Lessard piloted the chassis to a 26th-place finish earlier this season at Richmond (Va.) Raceway. The Tundra’s lone victory came with Daniel Suarez behind the wheel in November of 2016 at Phoenix (Ariz.) Raceway.