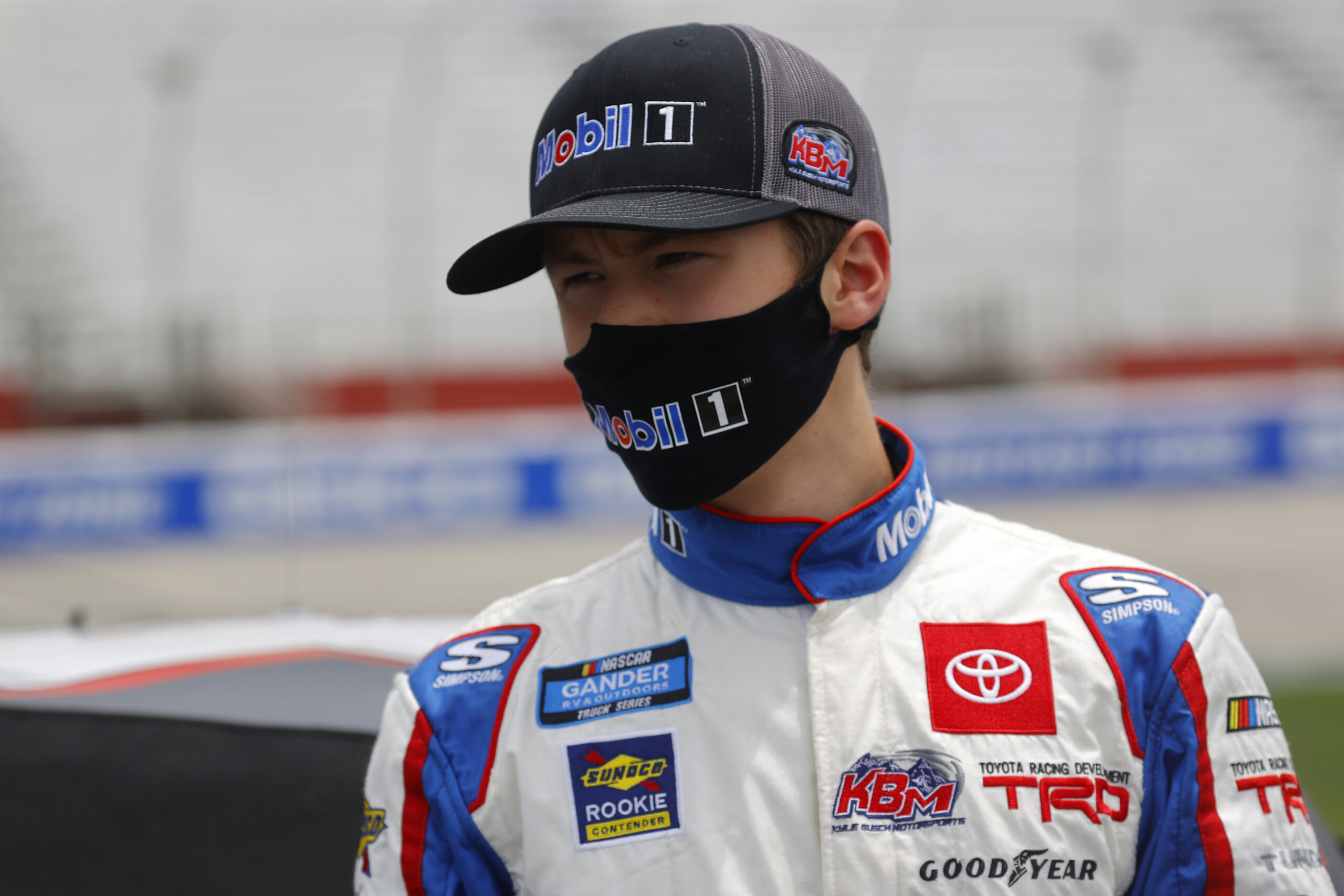 Do you feel that your background in Super Late Model races helps you on1.5-mile tracks where there is heavy tire wear?

“Yes. I think it definitely helps racing super lates around those worn out racetracks where you have to be aggressive at the same time. I feel like it doesn’t hurt. Atlanta was kind of the same. Homestead is probably going to be similar to that, if not worse. I’m ready for it. I feel like we are getting better as a team. I’m getting better with more experience. It’s very tough without practice and qualifying, but it is the same for everyone. We have to learn a new racetrack again this weekend, but hopefully we can be even better.”

Do you feel like you are making improvements racing on 1.5-mile tracks? What do you still need to improve on?

“Yeah — I feel like we are improving, getting better as a team and working better together. Me and my crew chief Mike Hillman, Jr., I think we are getting there. I am improving on my performance. I feel like I’m getting better at feeling the truck and learning the racetrack quicker. It is very challenging without practice and qualifying, but I love it. I love what I am doing right now. I am hoping for a better finish. I think we can get a good top-five at Homestead. We will keep on working and studying Homestead, while getting better working as a team. I’m sure my Mobil 1 Tundra will be very good this weekend.”

KBM-56: The No. 4 Mobil 1 team will unload chassis number KBM-056, which was raced five times by Harrison Burton in 2019, with a best result of third at Pocono Raceway. Most recently, Burton piloted the chassis to a seventh-place finish at Phoenix Raceway last season.