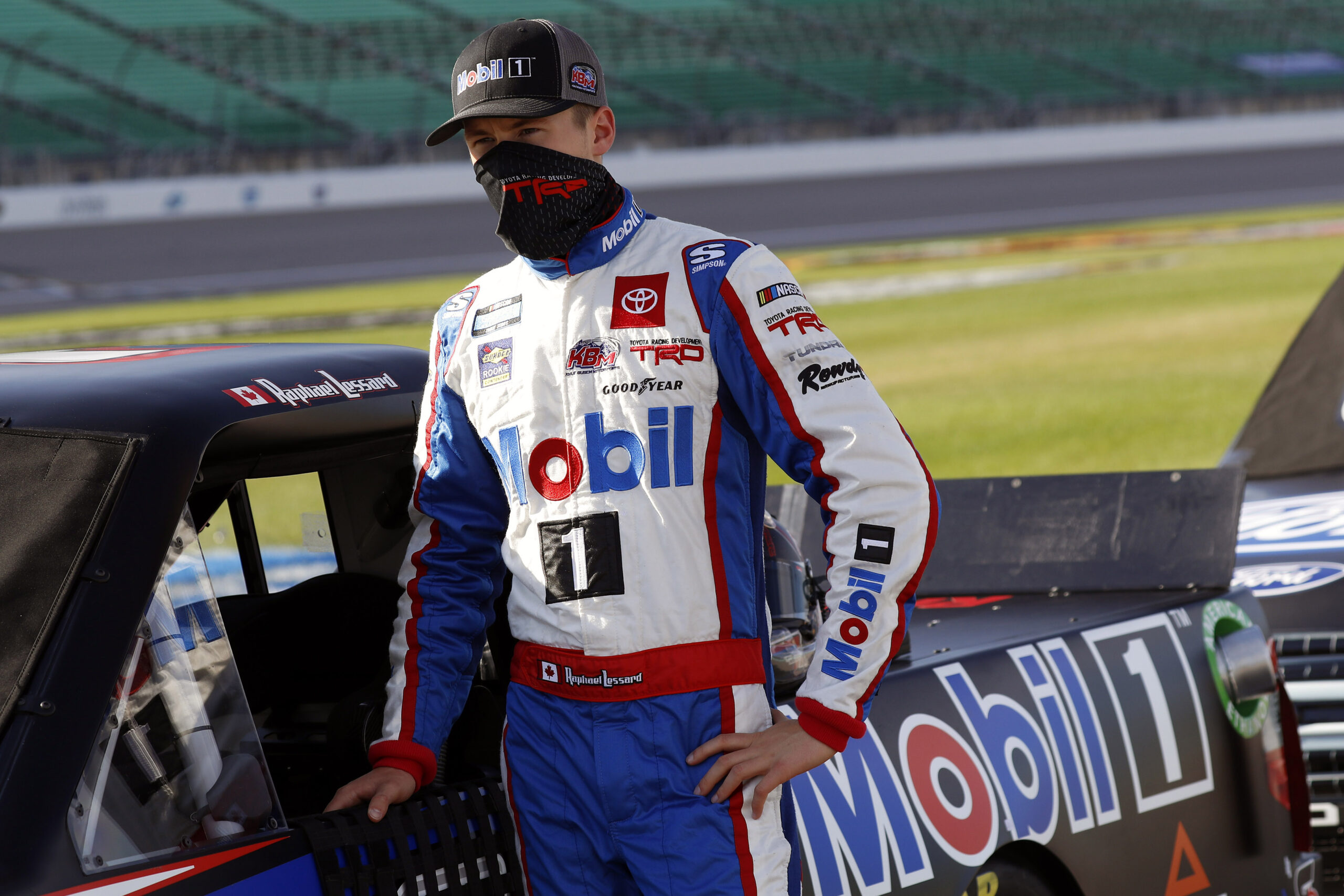 You did a few road courses races last year. How did they go, and do you enjoy road course racing?

“Yeah – I did two road courses last year: one at Mosport in the Truck Series and one in Pinty’s at Trois-Rivieres in Quebec. It’s something way different than what I’m used to. I love it, though. You can be really aggressive. The downshifting and upshifting are awesome. You are always doing something and trying to push it harder and harder. I think the experience I have last year in road courses will help me a lot this year going to Daytona. I think it’s everyone’s first time there with no practice and no qualifying. It’s going to be interesting. I’m sure we are going to have a fast Mobil 1 Toyota Tundra for the race.”

“I would say it is hard to compare it to the road courses I’ve done before. There are going to be a lot of fast corners when you get on to the oval and the chicane on the backstretch and the chicane off Oval Turn Four. You’re going to be coming up to speed really fast. I feel like at Mosport that there were a couple of long straightaways that you were going in really fast into the corner. Trois-Rivieres was the other one I did last year in the Pinty’s Series. It was the tight corners. It was in the street of a city. I think that is what it will be like in the infield part of the racetrack. You are going to have to be really smooth with not a whole lot of grip, so we will see. We don’t know what to expect. I did the simulator at TRD a little bit, but it is hard to tell how it will be in real life.”

How have you and your team prepared for a racetrack that they’ve never raced at before?

“To prepare to go there, me and my team, Kyle Busch Motorsports, we both have never been there. It is the first time for everyone pretty much. We are lucky enough to have the TRD simulator to use and try different setups. For me, it’s trying to just figure out the racetrack. Hopefully it is realistic, so we can be fast in real life. It’s going to be different. It’s going to be a new challenge. It’s a lot different than what we’ve been doing this year with the mile-and-a-halves and two-mile tracks like Michigan. It is going to be a lot different, but I’m excited. It’s a new challenge. We are just going to go for it and try to stay on the racetrack all race long to compete for the win at the end.”

KBM-049: The No. 4 Mobil 1 team will unload chassis number KBM-049, which has been raced three times. Most recently, Todd Gilliland piloted the chassis to an 18th-place finish at Canadian Tire Motorsports Park last season.