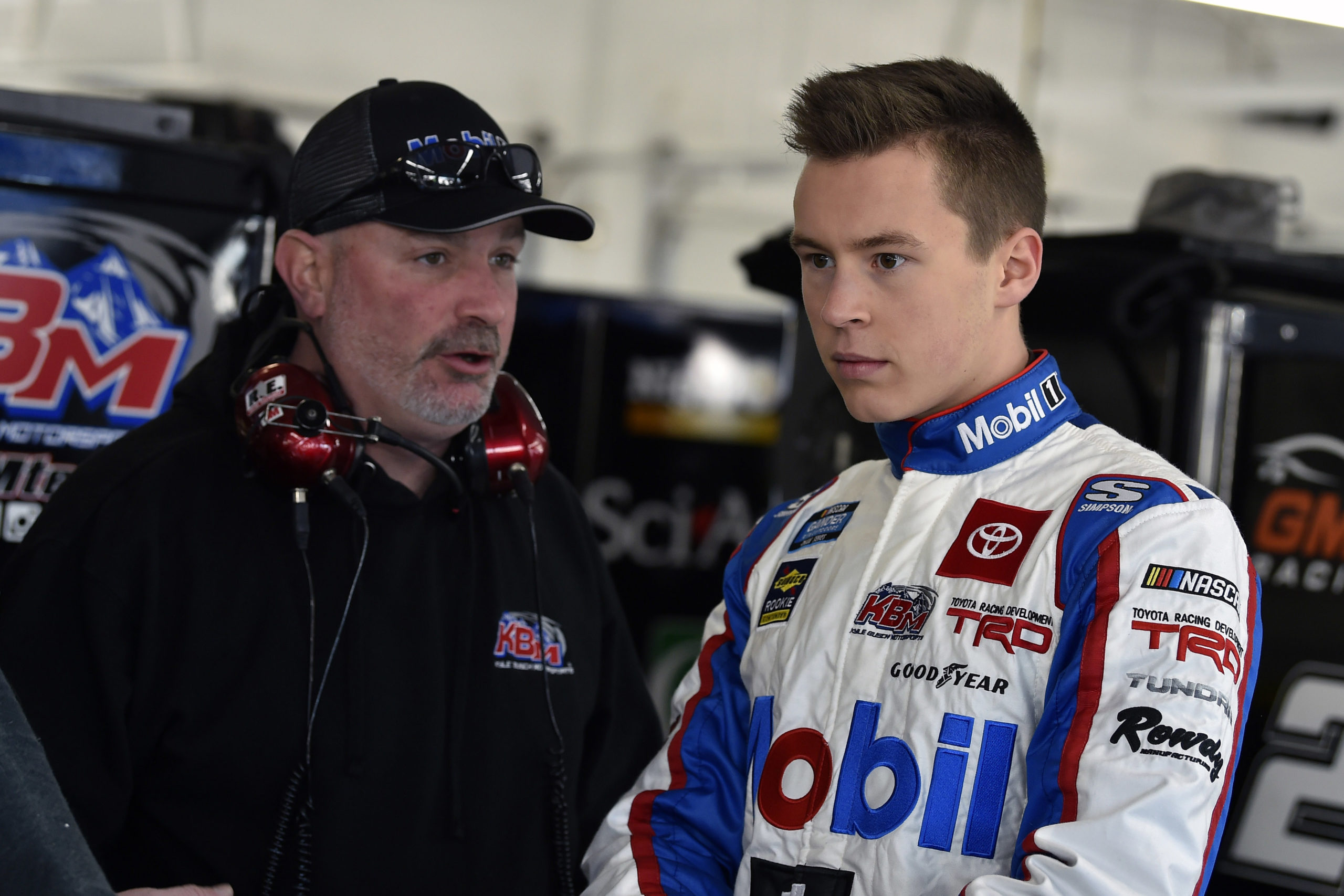 You came to Atlanta last year as a spectator, how do you feel going this year to make your first start?

“I’m really excited. I feel like I’ve learned a lot the first two races this year. I’m just ready to get back in my Toyota Tundra. It’s been a while. I’ve felt like Kyle Busch Motorsports has brought in the past couple of years, very fast trucks to Atlanta, so I think they have a lot of experience there. They’ve got a good base setup. I am ready to learn a new racetrack. Last year, I was in victory lane as a spectator with Kyle Busch. Hopefully we can be there as a driver this time.”

Now that you have some experience on 1.5-mile tracks, do you feel more confident going into Atlanta?

“That gave me a lot more confidence than I had before going to Vegas because now I know what to expect. I don’t think it will be exactly the same because it is a way different racetrack. The tire actually falls off a lot there. I think it is going to be a lot different, but I know what to expect. I am just ready to learn, get better and do my best.”

How have you prepared for this weekend?

“I’ve watched a lot of film. I watched as much in-car as I could. I watched Kyle’s in-car from last year. I watched the races from two and three years ago. I went to the simulator. TRD has a really nice sim that we can work on. I think it is going to help me a lot. My Mobil 1 Toyota Tundra is going to be really good I’m sure.”

KBM-056: The No. 4 Mobil 1 team will unload chassis number KBM-056, which was raced five times by Harrison Burton in 2019, with a best result of third at Pocono Raceway. Most recently, Burton piloted the chassis to a seventh-place finish at Phoenix Raceway last season.