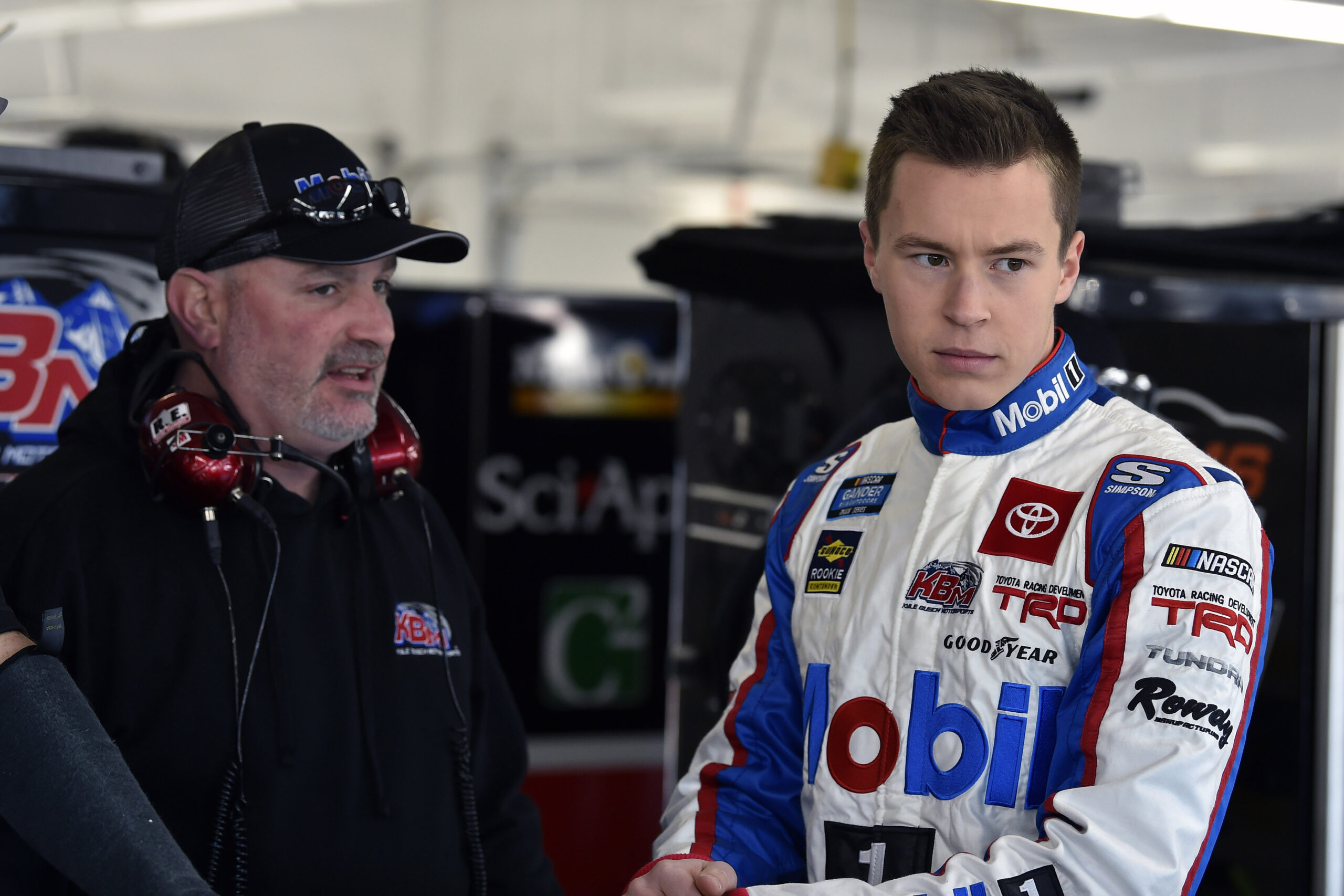 You have a couple mile-and-a-half races under your belt now. What are the biggest challenges of racing on intermediate tracks in the truck series?

“I think having two mile-and-a-half races under my belt is going to help me a lot going to Atlanta. I think the biggest challenge has been the draft in traffic, going where they’re not, and trying to pass. Passing is really hard, and you have to side draft aggressively. I feel like at Atlanta Motor Speedway that Kyle Busch Motorsports has really fast trucks the past few years there. I’m pretty sure my Mobil1 Toyota Tundra is going to be very fast this weekend.”

How hard is it to not be able to get practice time before a race at a track that is new to you?

“Not having any practice or qualifying makes it very challenging. I love being challenged. It is a little bit hard for me being a rookie and never going to those places. I feel like at Charlotte with a little bit of practice that it would’ve helped us get more grip in the truck, but it is what it is. It is the same for everyone. I try to apply everything I learn from the TRD simulator, and hopefully, we can be really fast and be in good position at the end.”

Are you expecting Atlanta to race differently than the other two mile-and-a-half tracks you’ve raced this year?

“Atlanta is going to be very different because the asphalt is very old compared to Las Vegas and Charlotte. There is not much grip it seems like. You have to find the fastest way around the racetrack – sometimes it’s the outside or sometimes it’s the bottom. I’ve studied a lot of races. I think my crew chief Mike Hillman Jr. is going to make good calls to start the race with, and we are going to have a great Mobil1 Toyota Tundra. I’m just really excited to be back behind the wheel this weekend.”

KBM-056: The No. 4 Mobil 1 team will unload chassis number KBM-056, which was raced five times by Harrison Burton in 2019, with a best result of third at Pocono Raceway. Most recently, Burton piloted the chassis to a seventh-place finish at Phoenix Raceway last season.