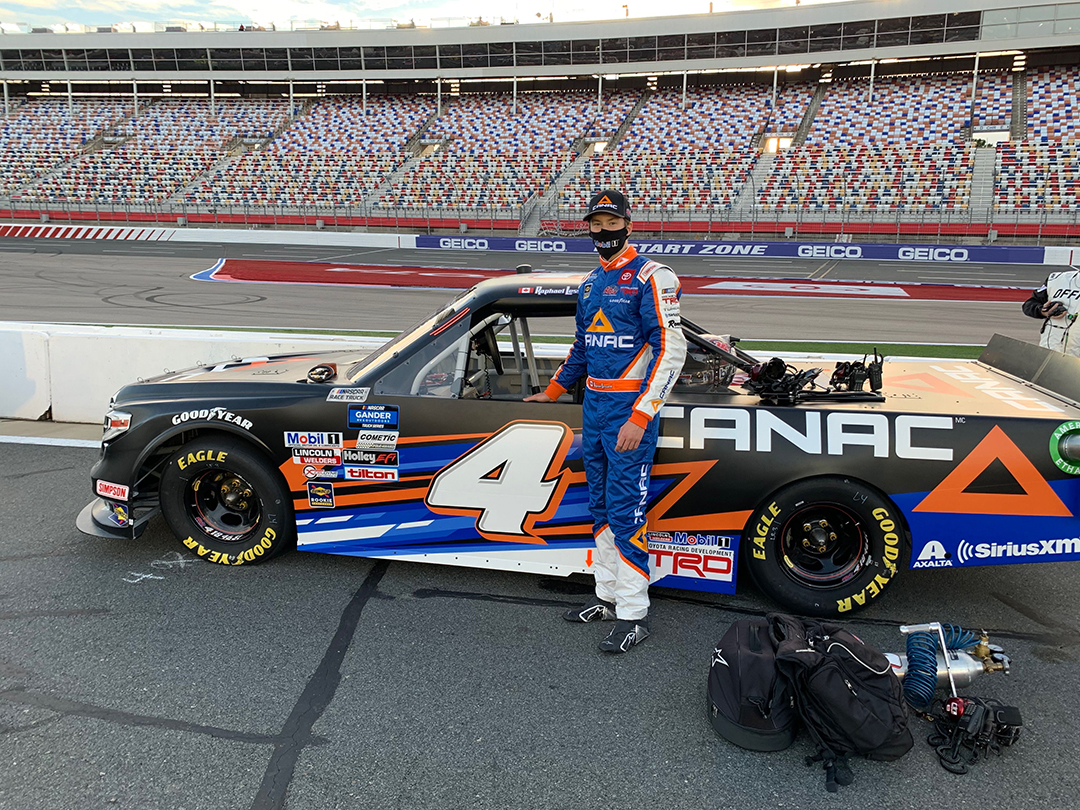 Due to changes in the schedule, this is the first short track race of the season in the truck series. Are you looking forward to getting back to a short track?

“Dover being the first short track this season… well, the first track that you can call a short track. It’s super fast and it races like a mile-and-a-half in traffic. It’s super aero dependent. It’s super hard to pass. We will be starting fifth so that is going to be a plus for us. We’ve been starting mid-pack all year long almost. Starting fifth should be exciting. We will be way closer to the front at the beginning of the race. I’m really looking forward to it. Dover is one of my favorite racetracks. Everything happens really quick. It’s super fast. I’m looking forward to building our momentum coming off my best result of third place at Daytona. We will keep on doing what we are doing and focusing on what we got to do to make it happen.”

Other than the Kansas doubleheader, this is your first time going back to a track for the second time in your truck series career. Will this be the most comfortable you’ve been going into a race?

“Yeah – it’s going to be pretty much in my truck series career, except for the Kansas doubleheader, where I will be going back to a track for the second time. I’m really excited. For sure, I’m a little bit more comfortable going to Dover because I’ve been there before in the truck series, but it’s a whole different year with no practice and no qualifying. It should be interesting. I feel like the last two races that we’ve had really good momentum. The momentum is on our side. We’ve had great finishes. We’re just going to head to Dover like we’ve been doing the past two weeks. I’ve been studying a lot for Dover and trying to get better. I know what I have to do to be better. We are going to keep working hard, and I’m sure my CANAC Toyota Tundra will be great at Dover.

Does having an extra $50,000 on the line in the Triple Truck Challenge from Gander RV & Outdoors motivate you any more than normal?

“Yeah — having $50,000 on the line if you win motivates you a lot. I don’t know if it will all go to me if I win it, but it’s always good motivation. We always want to get the big check. Since I’ve been growing up in super late models, every short track that you would go to that would have a $10,000 purse or anything like this, that’s the one you wanted to win. That is what we are looking forward to doing. We’ve been focusing really hard. We’ve been learning a ton since the beginning of the season. We are getting better as team. We want to win. We are a team capable of winning. I feel like we are heading in the right direction and getting closer and closer every week. I feel like it is going to be a good one at Dover.”

KBM-059: The No. 4 CANAC team will unload chassis number KBM-059, which has been raced six times. Most recently, Lessard piloted the chassis to a 12th-place finish at Texas Motor Speedway in June.