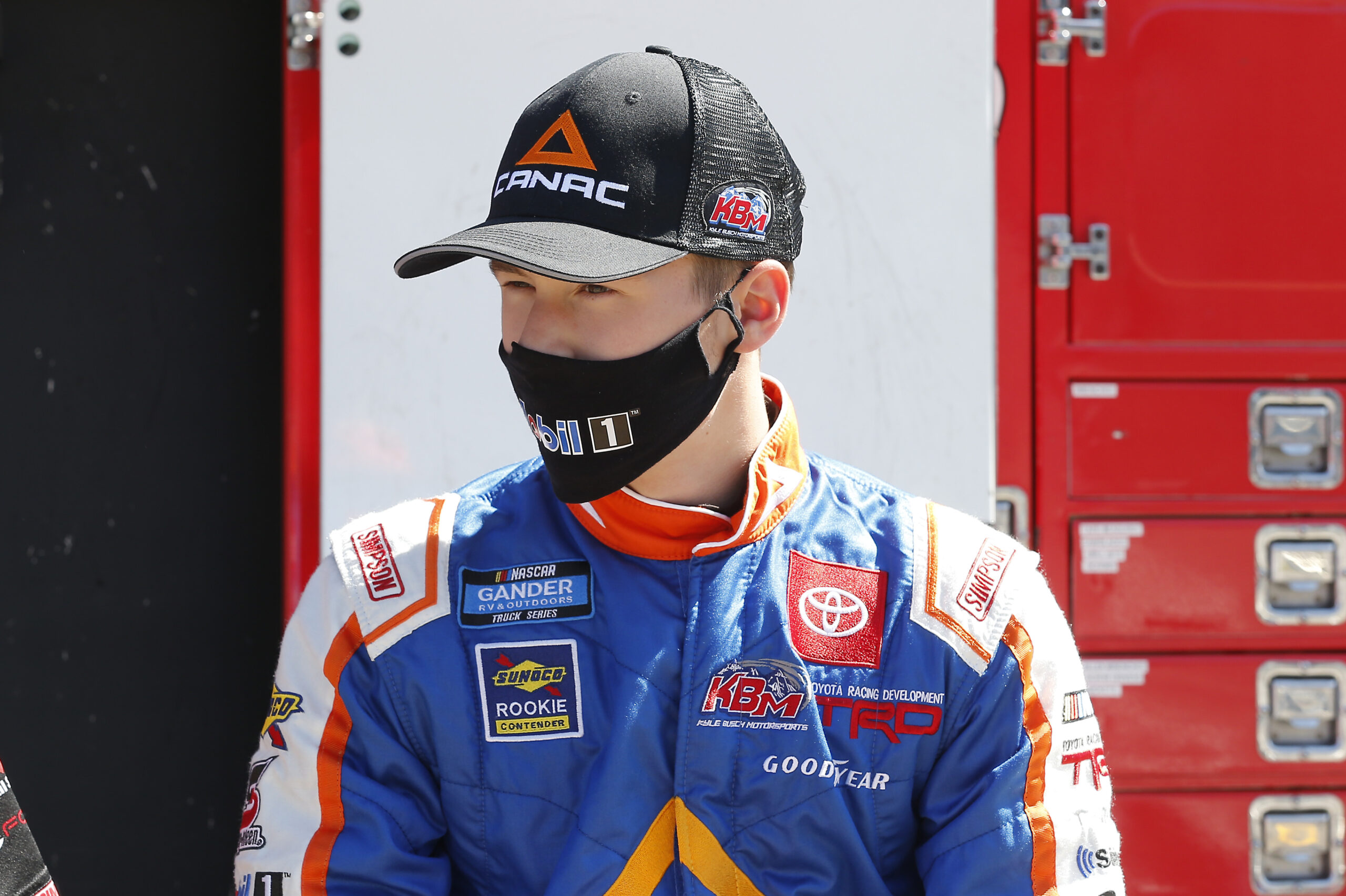 This is your first time getting back in the CANAC Tundra since your win at Talladega. Will it be sentimental when you climb aboard your truck on Sunday?

“It’s going to be the first time with CANAC on board since the Talladega win, so I’m excited for it. We had a great race at Talladega and won my first race with them. Hopefully we can go out and do it again. I’m excited. Texas is a fun place and really fast. I’m excited to go back there and get a great result.”

You’ve tested and raced at Texas already this year. How beneficial will that be as you prepare for this weekend’s race?

“I tested at Texas at the beginning of this year, and we raced there in July. It was a lot of fun there. We struggled with our handling when we were there. We were way too tight. We are going with something I think is going to be really good. I’m excited for it. Hopefully we can get a better result than the last time and maybe contend for the win. That is the goal. We are going to go hard. I’m ready to bounce back from Kansas.”

You finished 12th at Texas in July. What do you have to do to improve upon that finish this weekend?

“We finished 12th when were at Texas, which is pretty good because we were way too tight handling wise. I felt that the PJ1 that they put hurt us. Every time I would jump into the PJ1, it would make me way tighter. We are going with something different. I’m excited. I think we should be really good there. I’m looking forward to getting something way better than 12th place. We don’t want to finish 12th again. We know that we can do way better than that.”

KBM-059: The No. 4 CANAC team will unload chassis number KBM-059, which has been raced seven times. Most recently, Lessard piloted the chassis to a 19th-place finish earlier this season at Dover (Del.) International Speedway. The rookie driver ran the same chassis earlier this year at Texas.