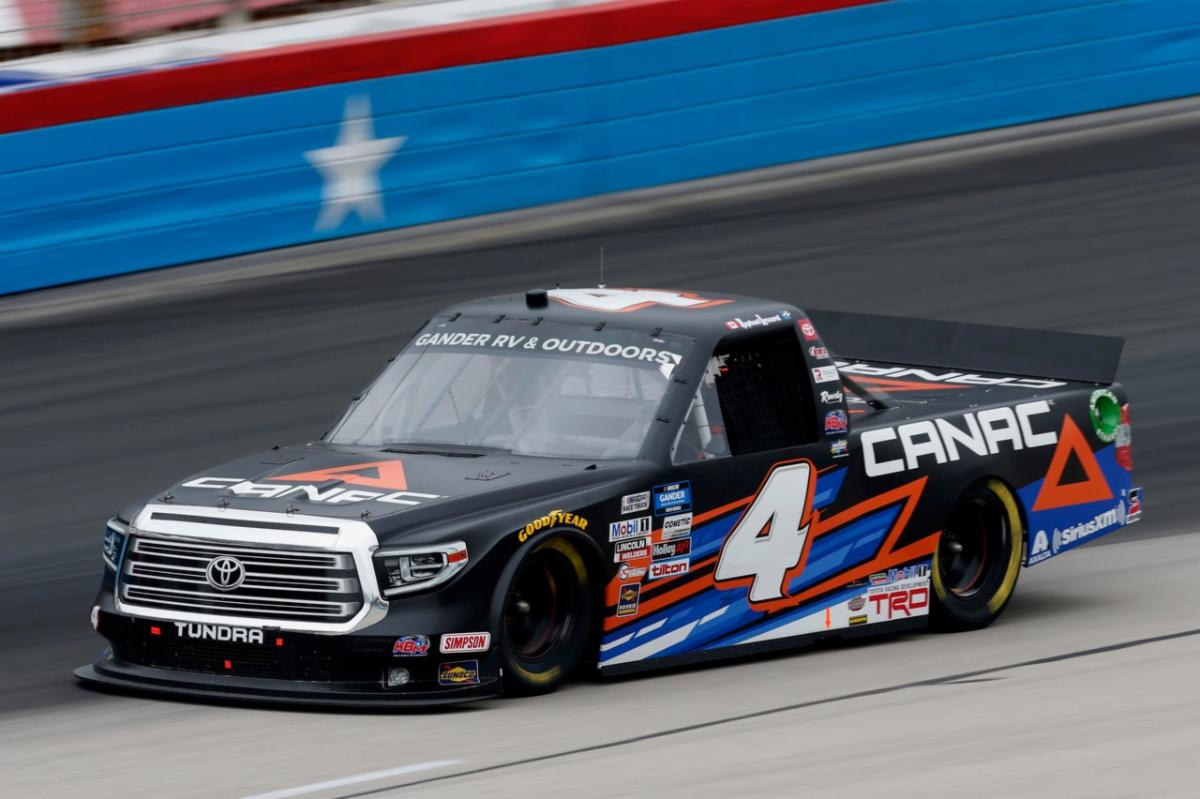 Raphael Lessard scored his career-best mile-and-a-half finish in Sunday’s SpeedyCash.com 400 at Texas Motor Speedway. Lessard started in the 20th position and worked his way through the field to finish fourth.

Battled back from adversity all the way to the top-five today. How was your race?

“It was pretty crazy. We started 20th. It was really hard back there to pass. The truck handled good in dirty air like that, but we made up some ground. We were pretty good. We were up to 17th, and then we got up to about 15th and my throttle was almost sticking to the floor. It was really weird. It wouldn’t come back like normal, so we had to come in and get it fixed. We had to start last because we pitted twice. We came from the back. I stayed patient. My Toyota Tundra was pretty good the whole race. We made some good adjustments and at the end I think I found something, and I was able to make moves and at least be as fast as the leader. The last restart I had the perfect jump. I just can’t thank everyone at TRD, CANAC, Toyota. The Toyota Tundra is built right in Texas, so that’s pretty special to get them a top-five, and hopefully we can do it again next week in Martinsville.”

Lessard will be back behind the wheel of the No. 4 Tundra when the NASCAR Gander RV & Outdoors Truck Series resumes action on Friday, Oct. 30, 2020, at Martinsville (Va.) Speedway. Live coverage will be on FS1, Motor Racing Network and SiriusXM at 8 p.m. ET.