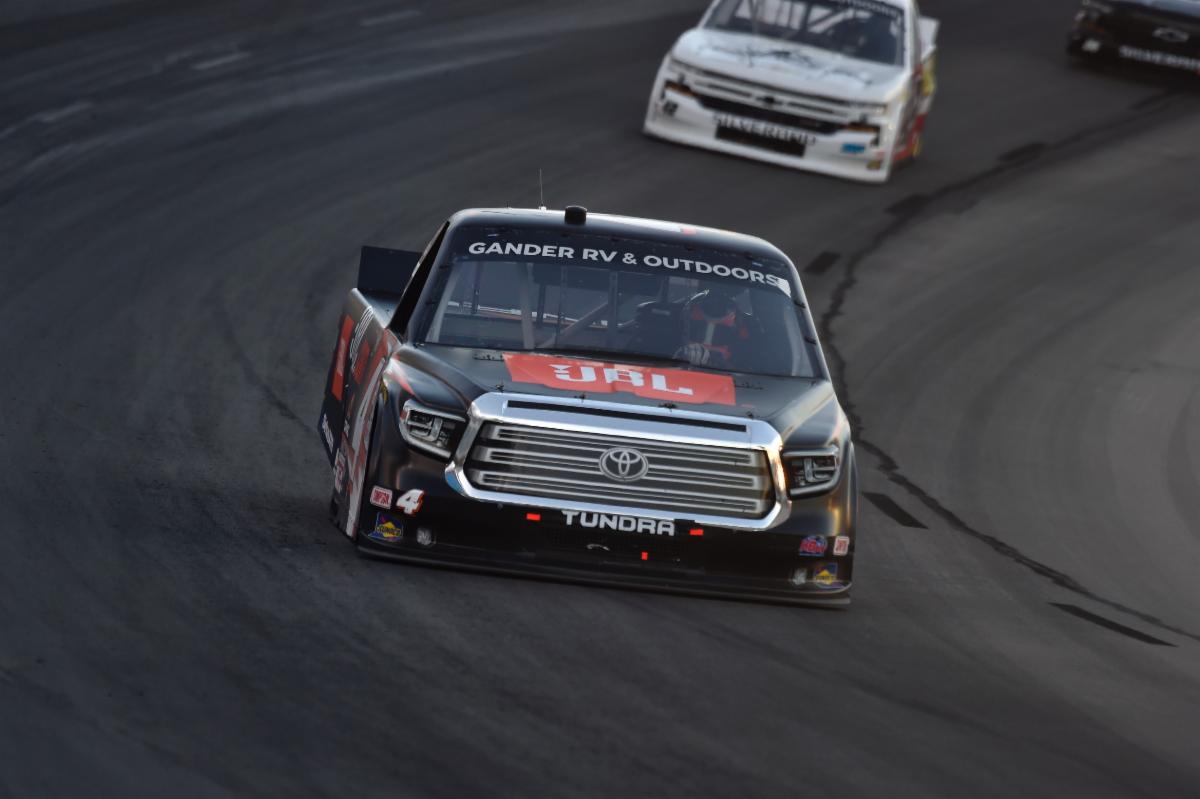 Raphael Lessard made his way as far up as the sixth position and ultimately finished 12th in Saturday’s night’s Vankor 350 at Texas Motor Speedway after starting the day from the 16th position.

Raphael Lessard, driver of the No. 4 JBL Tundra for Kyle Busch Motorsports: “The race is over. It was a long, tough night. I just couldn’t get the right feel in (Turns) One and Two. I feel like my team worked really hard on my JBL Toyota Tundra to try get it better and improve on it to, which we did by ourselves after we pitted under green. I felt like we had some good speed, but just couldn’t be good enough in traffic and running the outside line especially. We will try to get better. We will go onto Kansas for the doubleheaders there. I feel like it is going to be good for me because I’m going to get more laps in.” Vankor 350 Recap: