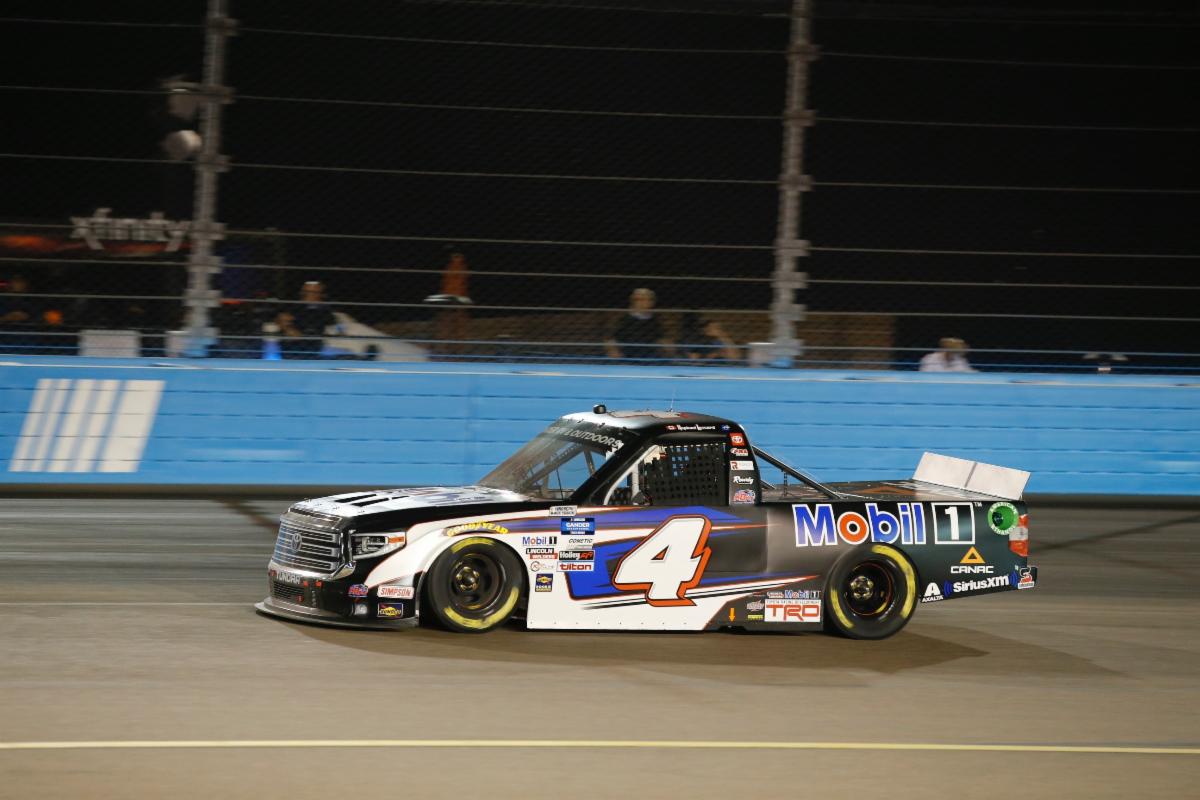 Raphael Lessard finished the 2020 season at Phoenix Raceway on Friday night with the fourth top-five finish of his rookie campaign. Veteran crew chief Mike Hillman Jr. summoned his rookie driver to the pit lane for two tires before the final restart in NASCAR Overtime. Lessard restarted in the 10th position but worked his way up to fifth in the two-lap dash to the finish.

It was a good day and you made some moves on that final restart to get a top-five. How was your day?

“It was pretty good. It was my first time here at Phoenix. I have never seen the track before, so it was a little bit of learning at first. I think I got used to it really quick. We stayed in the top-10 most of the race. We got both sides. We were pretty good and couldn’t really make moves because it was so hard to pass, and I was still learning the racetrack. Then we got to the last stage, we got way too free. We were super loose, but we kept fighting and trying to pass people. Then the caution came out and we had the green-white-checkered. We came in and put on two right-side tires, and we fired off on the last restart and we got everything we could get. We finished with a good top-five I feel like that is pretty good for my first time here. I’m just glad we got to run this year with everybody at Kyle Busch Motorsports, Toyota, TRD. It’s been an awesome year and CANAC, they’ve been a huge help for me this year. I’m just proud to have driven a full season and have a win in the Truck Series.”