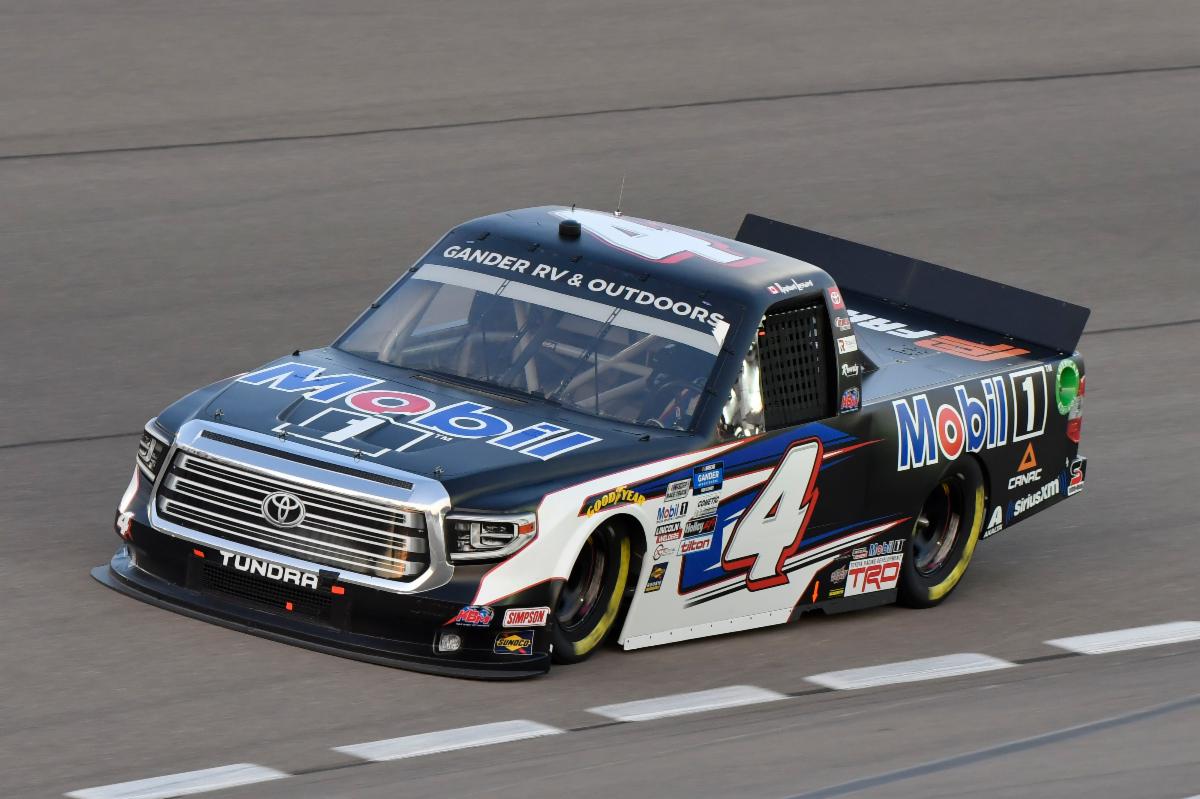 After suffering two flat tires in the first ten laps and subsequently falling three laps down, Raphael Lessard and the Mobil 1 team were able to use the strategy game to gain two of their laps back and ended the day with a hard-fought 20th-place finish at Las Vegas Motor Speedway.

What happened early in the race that caused you to go laps down?

“At the start of the race, we had two flat tires in the first laps and had to get in the pits twice under the green and went multiple laps down. We never backed down and gave everything we had. We were able to get all but one of our laps back and finished the race P20. Onto Talladega! Many thanks to Mobil1 and Frameco, our partners whose support is so much appreciated”

Lessard will be back behind the wheel of the No. 4 CANAC Tundra when the NASCAR Gander RV & Outdoors Truck Series resumes action on Saturday, Oct. 3, 2020, at Talladega (Ala.) Superspeedway. Live coverage will be on FS1, Motor Racing Network and SiriusXM at 1 p.m. ET.