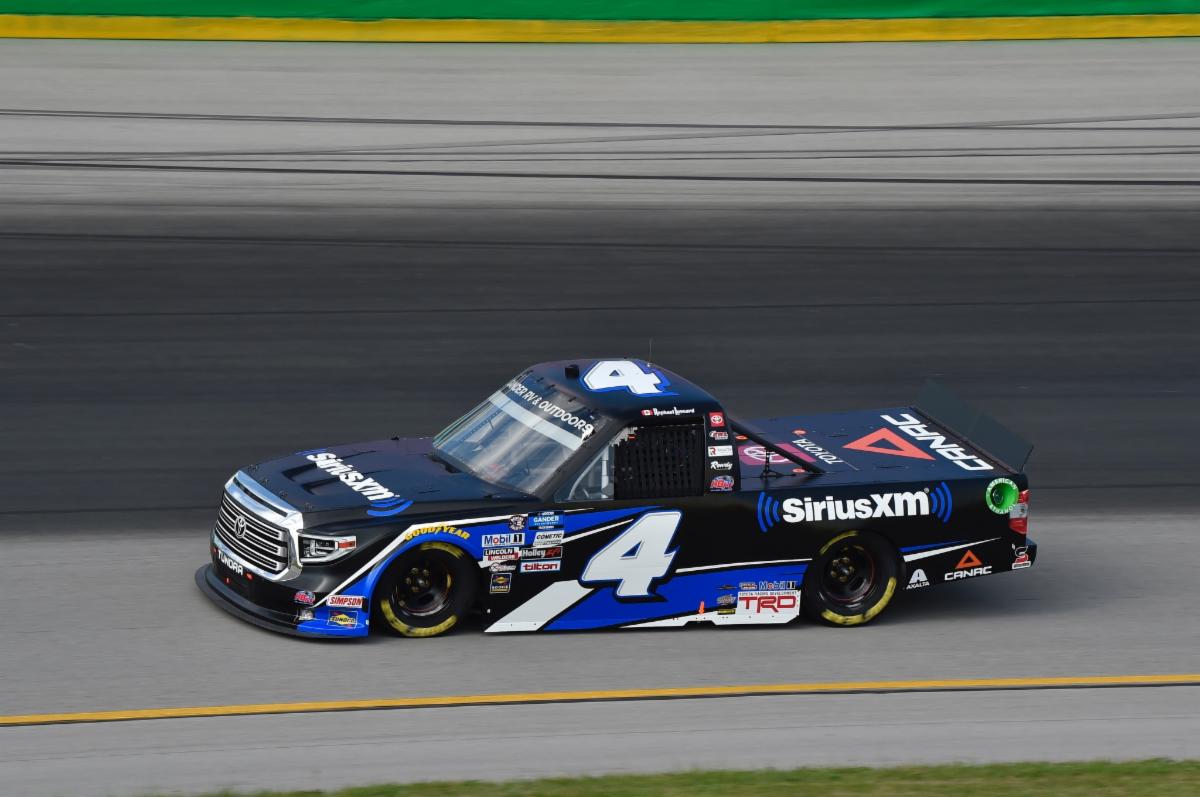 Raphael Lessard finished 13th in the Buckle Up In Your Truck 225 at Kentucky Speedway after NASCAR called the event after rain and lightning hit the 1.5-mile facility and two stages had been completed.

“The race is over. It was not what we wanted, again. I don’t know why we didn’t try to continue the race and finish it, but oh well. P13. We started 13th. We wanted a top-10. We had a really good SiriusXM Tundra, but it’s bad for us that we didn’t get to race. The restart was so hard. I fell back to almost 20th at one point just because I was on the inside and track position was very important. With strategy, we could have got that track position at the end. At the end, I got better and almost gained a half second and running down everyone in front of us. It is what it is. We will focus on the next one and build on this and get better.”

After seven events, Lessard ranks 15th in the Gander Trucks championship standings. The rookie of the year candidate sits 55 tallies behind Johnny Sauter for the 10th and final spot in the Truck Series Playoffs.

Lessard will be back behind the wheel of the No. 4 Mobil 1 Tundra when the NASCAR Gander RV & Outdoors Truck Series resumes action July 18 at Texas Motor Speedway. Live coverage of the Vankor 350 begins Saturday at 8 p.m. ET on FS1.