Race Recap for the Texas Roadhouse 200 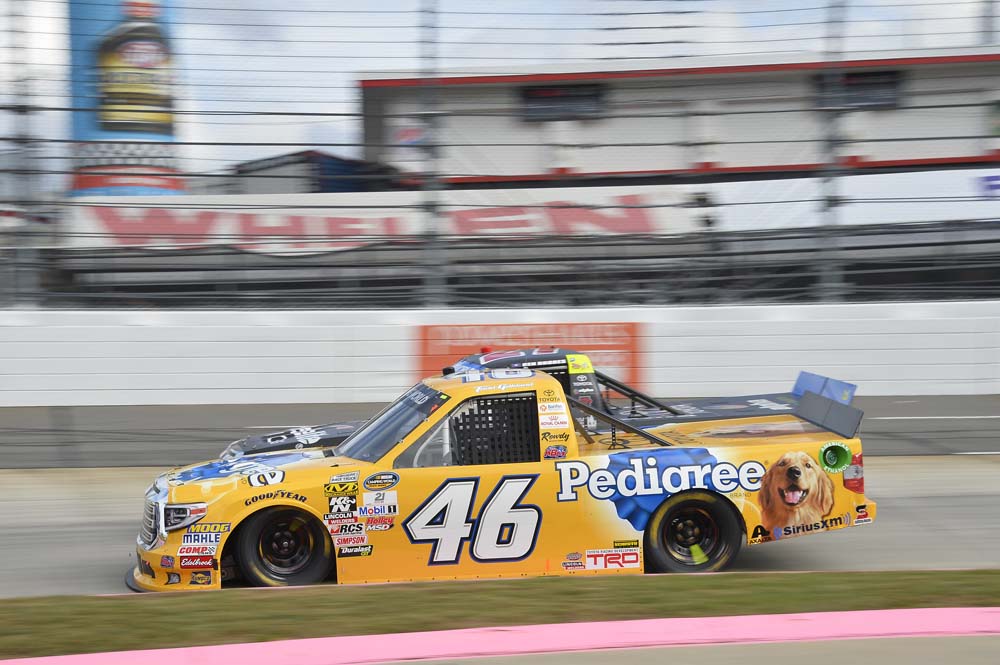 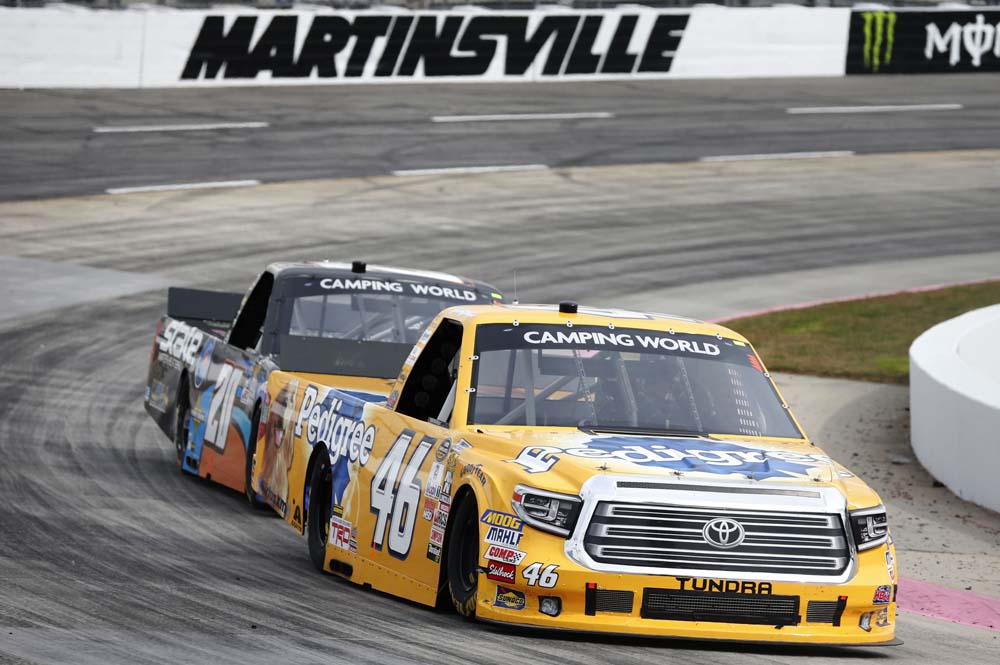 ● Gilliland started 13th and ran the outside line for a few laps before he settled into a comfortable pace in 19th place.

● He reported his truck wasn’t turning well getting into the turns. As such, the team elected to use the first caution period on lap 39 to make adjustments to the chassis and air pressure, change four tires and add fuel.

● Gilliland restarted from 17th place with six laps remaining in the stage and finished in 15th.

● As the stage drew to a close, Gilliland said the handling had improved a bit but was still trending toward the tight side.

● The 17-year old quietly logged laps in the top-10 and picking up positions before finishing the stage in seventh place.

● During the caution period, Gilliland noted that while the truck was still handling a little on the tight side that the drive off had improved allowing him the ability to be aggressive while getting back into the gas. The team made air pressure adjustments, changed four tires and added fuel. 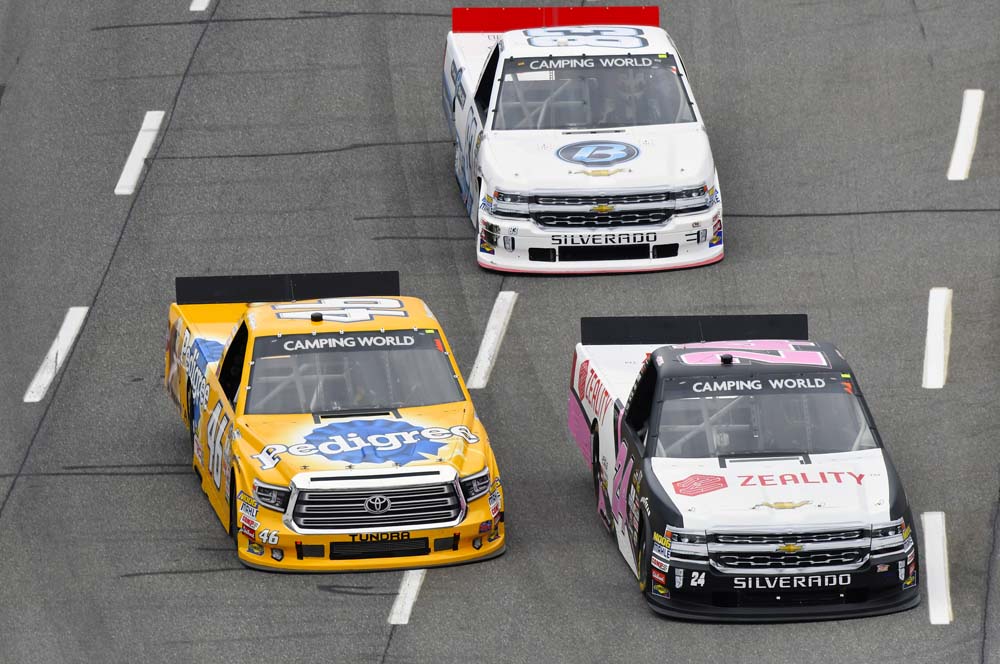 ● The North Carolina native was in seventh place when the caution fell on lap 122. He reported that the truck’s handling had continued to improve and was at its best during the early part of Stage 3.

● During the caution the team elected to stay out, placing Gilliland in seventh place for the restart. He quickly went to work when green-flag racing resumed, climbing to fifth place by lap 131.

● A late caution on lap 184 set up an 11-lap shootout to the checkered flag when green-flag racing resumed on lap 189. Gilliland was in fifth place for the restart and held off a charging Stewart Friesen to finish the day with his second straight top-five finish in Truck Series competition. 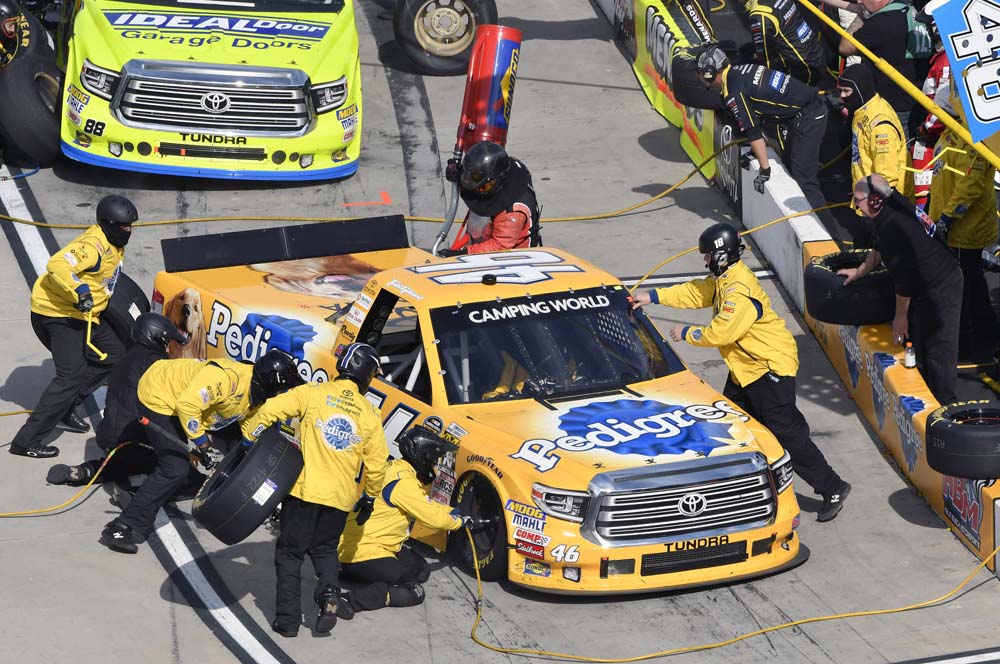 Todd Gilliland, driver of the No. 46 PEDIGREE® Toyota for Kyle Busch Motorsports:

“It was a good day for our Pedigree Toyota Kyle Busch Motorsports team. We struggled really bad in the beginning and then made some really good changes to be able to battle up there into the top five. I’m really proud of this whole KBM team – Pedigree, Toyota coming on board and helping to get us here. It’s fun racing teammates up there. I just wish we were a little further ahead but really happy to get a fifth-place finish here at Martinsville.”

Next Up: The next event on the NASCAR Camping World Truck Series schedule is the JAG Metals 350 Driving Hurricane Harvey Relief on Friday, Nov. 3 at Texas Motor Speedway in Fort Worth. The race starts at 8 p.m. EDT with live coverage provided by FS1. The next race where PEDIGREE® returns to Kyle Busch Motorsports with Gilliland at the wheel is Nov. 10 at Phoenix International Raceway.