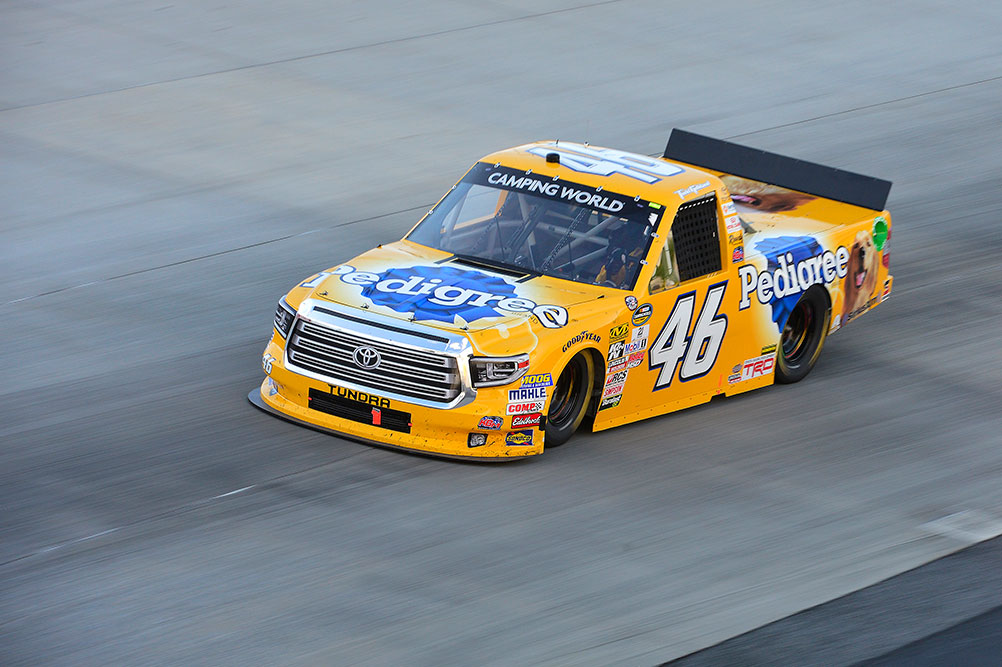 ● Making his NASCAR Camping World Truck Series debut, Gilliland exercised patience during the opening laps. He reported during the first caution that his truck was handling well, but was just a bit tight when running directly behind another truck.

● In an attempt to help with a slightly loose-handling condition at the exit of the turns, the team elected to change four tires, add fuel and make an air pressure adjustment during the second caution on lap 36.

● After racing his way up to third place, Gilliland just missed the spinning No. 24 truck on lap 73 with an evasive move that allowed him to drive past without incident.

● As the laps wound down in Stage 2, Gilliland noted that the truck’s handling had shifted to the loose side in the turns and that he needed a little more grip at the exits. The team changed four tires, added fuel and made a slight chassis adjustment at the conclusion of the second stage. 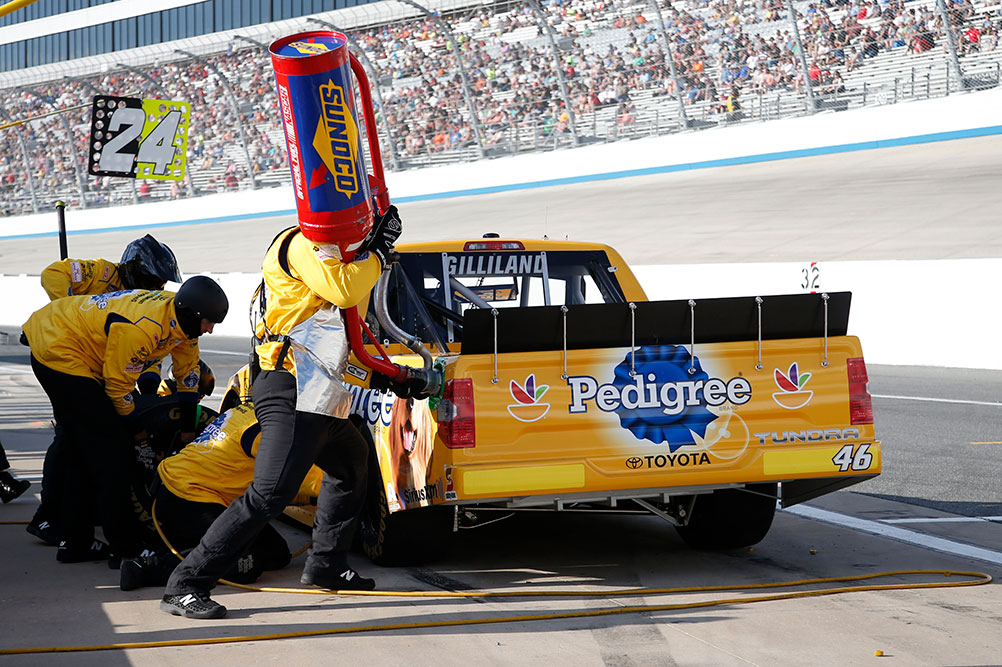 ● The reigning NASCAR K&N Pro Series West champion restarted the final stage from 15th and was racing his way back into the top-10 when on lap 116 the right-front wheel broke on his No. 46 PEDIGREE® Toyota. NASCAR displayed the caution and Gilliland brought the truck to pit road to the attention of the team. After diagnosing the issue and surveying the damage, the team had to retire from the race, finishing 20th.​

Todd Gilliland, driver of the No. 46 PEDIGREE® Toyota for Kyle Busch Motorsports:

“We don’t really know what caused the issue. I had a little bit of a vibration to start the run. I didn’t know what it was. I’ve never had a loose wheel, so it’s definitely something I’m going to learn from, but I think it was still a success. It was a ton of fun. It’s not something you get to do every day, and I couldn’t be prouder to be a part of this PEDIGREE® Toyota Kyle Busch Motorsports team. I learned a lot today and we’ve just got to keep working from here.”

Next Up: The next event on the NASCAR Camping World Truck Series schedule is the WinStarOnlineGaming.com 400k on Friday, June 9 at Texas Motor Speedway in Fort Worth. The race starts at 8 p.m. EDT with live coverage provided by FS1. The next race where PEDIGREE® returns to Kyle Busch Motorsports with Gilliland at the wheel is June 17 at Gateway Motorsports Park in Madison, Illinois.