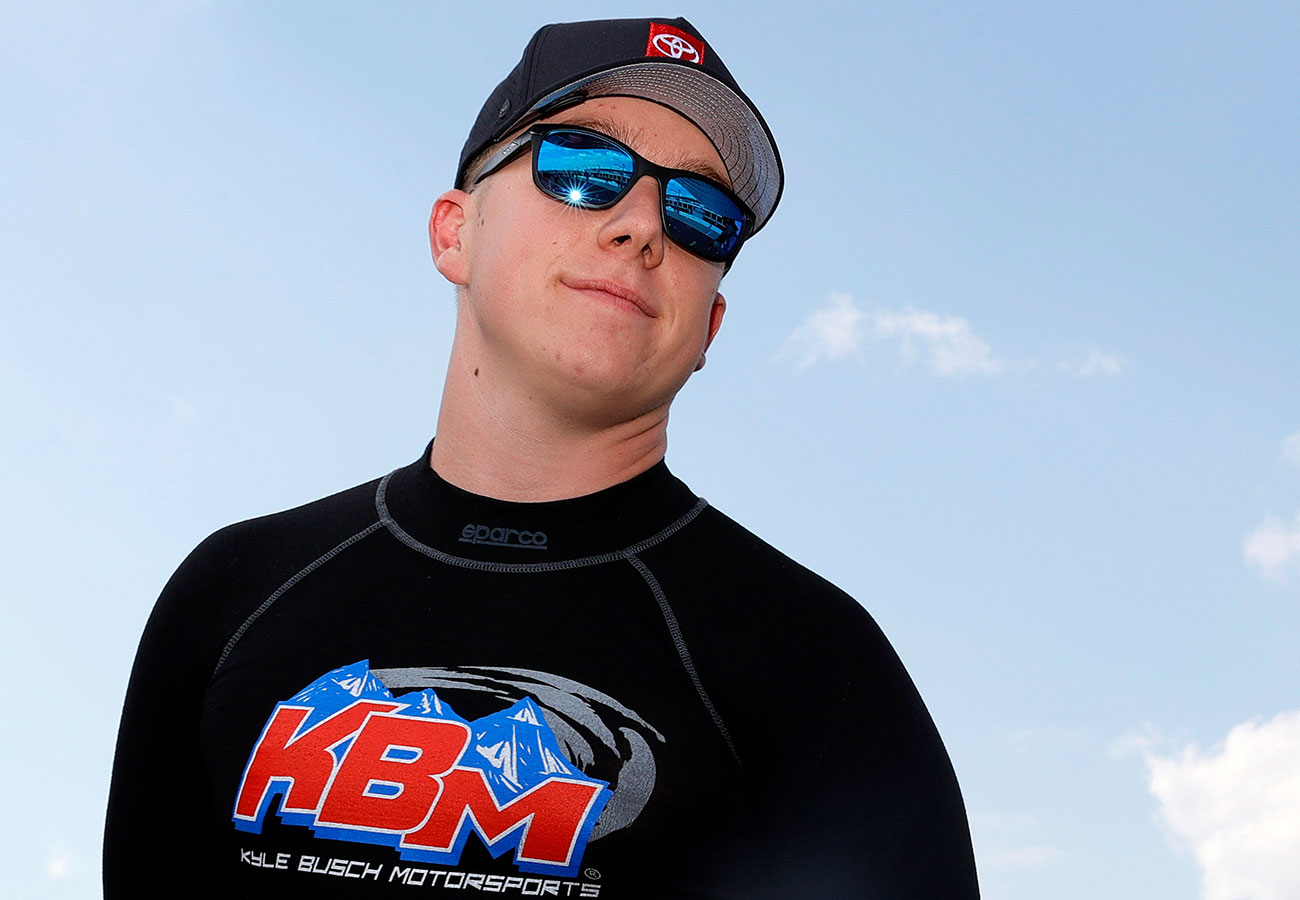 What does it say about your team that you are finding different ways to win races?

“I think its good that you can win in a lot of different ways. If you do get back in traffic and your truck is off, then we are able to make the adjustments that we need to make our truck better to get back up to the front. Luckily, at Pocono, we had a late race caution come out and we were able to kind of get Kyle (Busch) on that restart and then we were able to pull away at that point. Starting the day, we weren’t very good, so being able to communicate and work on our truck, getting our truck better, continue to progress through the race I think is the biggest key. When you can win in so many different ways like we have at Pocono, Texas, Charlotte and then in dominating fashion at a couple race tracks, says a lot about this team. It says we have a never give up attitude and that’s a great thing that that can playoff into the championship run through the playoffs.”

You’ve raced at Eldora and on the dirt at Bristol, how do you think the racing at Knoxville will be?

“I’ve studied some video from a couple past races at Knoxville, some sprint car stuff and then the SRX Series the last couple weeks. I’ve been looking at a lot of that, just trying to figure out what the race track surface does. I’m sure it’s going to be totally different, so I’m looking forward to practice on Thursday night and seeing what we have. Our goal is to go and try to survive, run every lap, and try to win. At this point, there is two races left in the regular season, so we want to continue to rack up as many wins and stage points as possible.”

Brian Brown has won multiple track championships in sprint cars at Knoxville. Will you be able to lean on him for tips about track conditions?

“I definitely think I can pick his brain about the track and kind of see what he thinks the track normally does throughout the night. I feel like when you run a sprint car compared to a stock car it is going to be totally different, so I don’t know how much information I’ll be able to lean on him from that side. I definitely think any experience on dirt is better than none, so talking to him about track conditions, moisture, how they prep it and different things, what they’ll do overnight from Thursday to Friday and when we come in the garage on Friday seeing what they’ve done and how he thinks the track is going to change. I think that is the biggest thing for us, is to make adjustments to our truck and better ourselves throughout the night.”