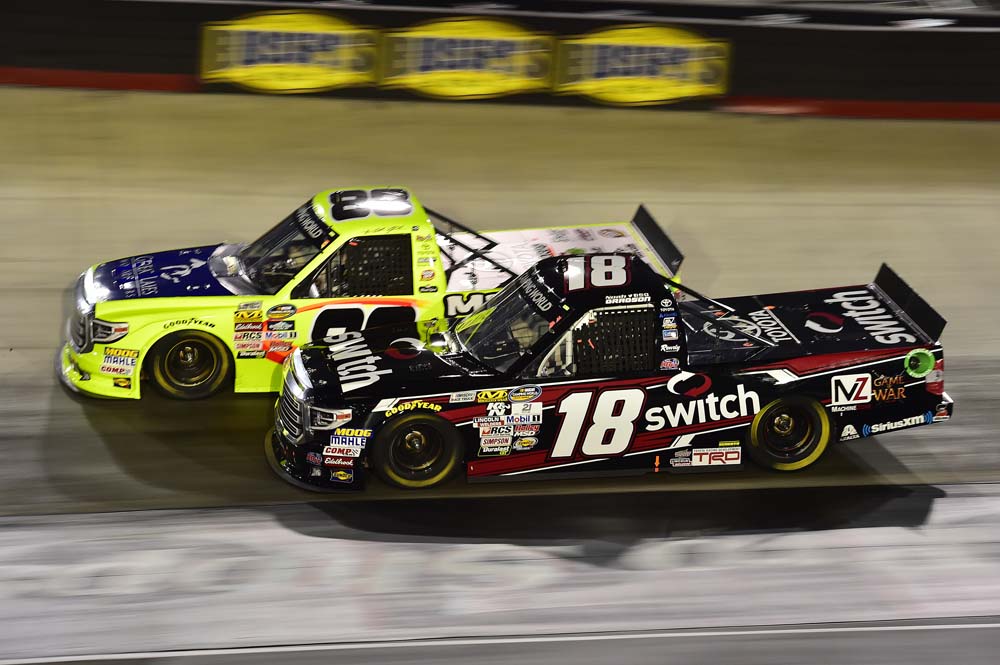 Following a two-hour rain delay Wednesday night at Bristol Motor Speedway, Noah Gragson was strong early in the race, but a pit road penalty at the end of Stage Two hurt his track position, which he could never quite get back. Despite a valiant effort, he finished the race in 15th place. 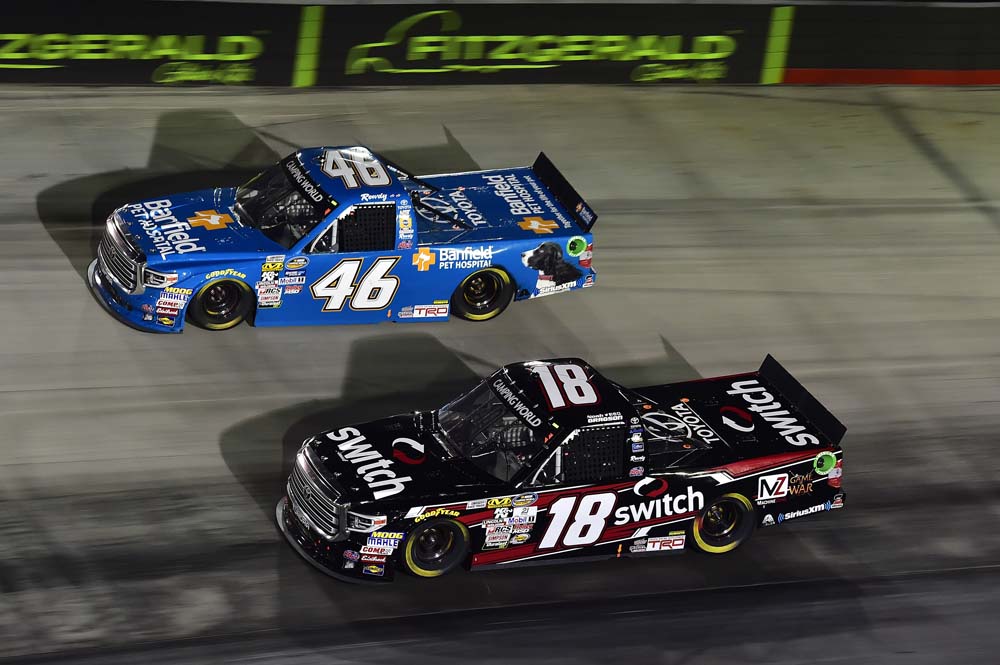 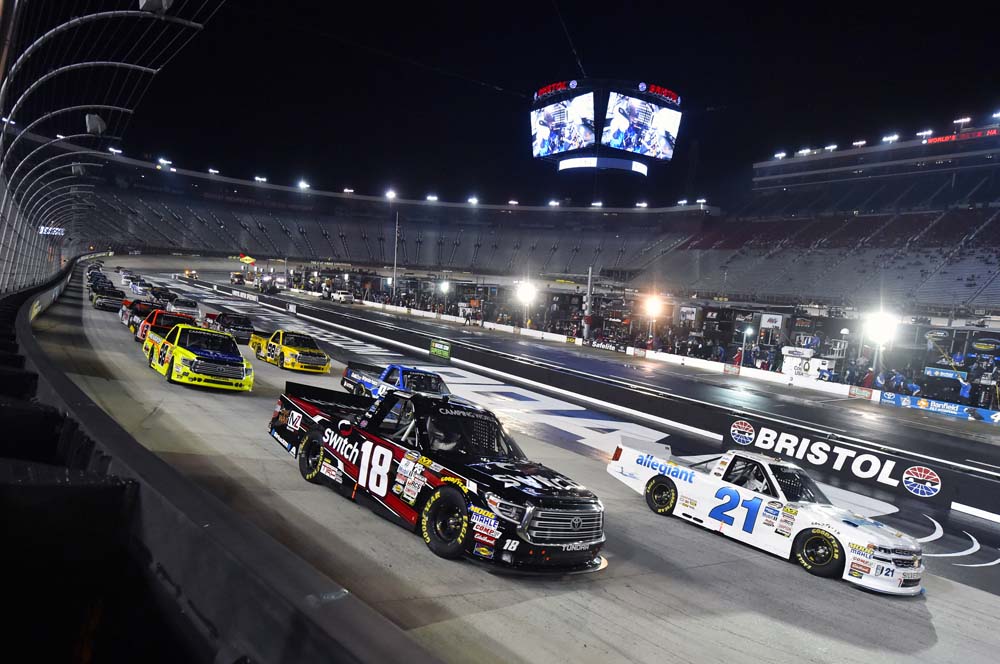 “That was a pretty disappointing finish. Our Switch Tundra was really strong early in the race, although Kyle (Busch) was in a different zip code than the rest of us. We got a pit road penalty on the pit stop following the second stage, which we could never recover from all the way. The way I see it, we win as a team and lose as a team. We’ll learn from this and move on to Canada in a couple weeks. I’ve been looking forward to that race all year, so I wish we didn’t have to wait so long to go.”

Christopher Bell, driver of the No. 4 Toyota, finished 7th

Kyle Busch, driver of the No. 46 Toyota, finished 1st

Harrison Burton, driver of the No. 51 Toyota, finished 18th

Gragson is 10th in the Truck Series Championship Playoff Standings, but now is 34 points behind eighth place, the final playoff position.

The Truck Series returns to action north of the border on Labor Day weekend on Sunday, September 3 at Canadian Tire Motorsport Park. Live coverage of the race begins with the NCWTS Setup Show at 2:00 p.m. ET on Fox Sports 1.