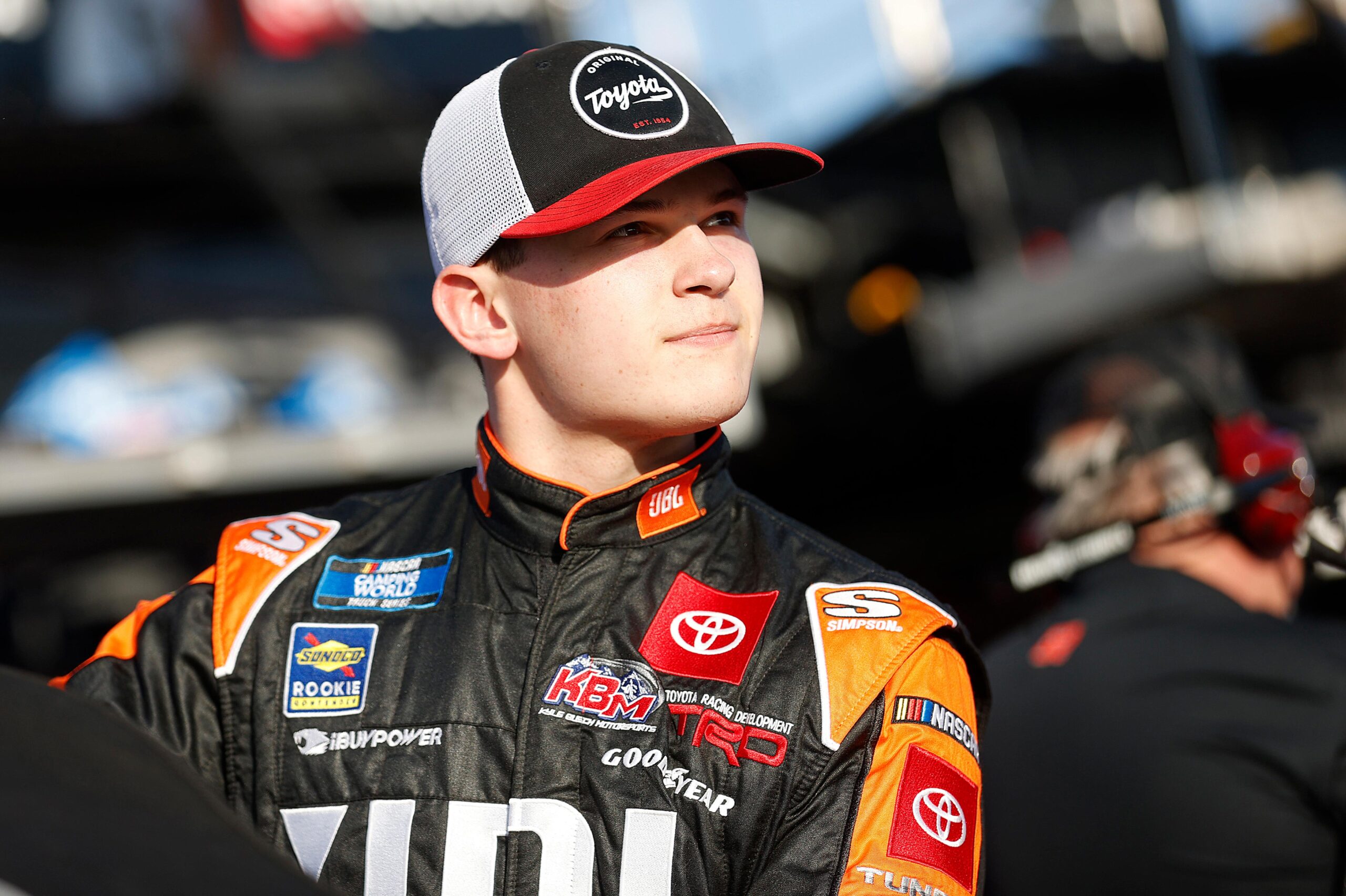 Corey Heim made his first start on a superspeedway in the Camping World Truck Series at Daytona International Speedway in the NextEra Energy 250. Heim started the day off strong after qualifying sixth for the season opening event.

Heim would remain in the top 10 throughout the opening stage as Kyle Busch Motorsports (KBM) was running 1-2-3. A late move cost Heim one position but he would still pick up seven stage points as he finished fourth.

As Heim was exiting his pit stall during the first stage break, another truck turned into the right front of his No. 51 JBL Tundra TRD Pro. The contact caused significant damage that would ultimately hinder the performance of his Toyota throughout the remainder of the event and forced the No. 51 team to exit the race on Lap 91.

The No. 51 team currently sits 30th in the Owner’s Championship standings.

Driver-Owner Kyle Busch will make his first Camping World Truck Series start of the season behind the wheel of the No. 51 Toyota Tundra TRD Pro at Las Vegas (Nev.) Motor Speedway on Friday, March. 4. Live coverage of the event will be on FS1, Motor Racing Network and SiriusXM at 9 p.m. ET.