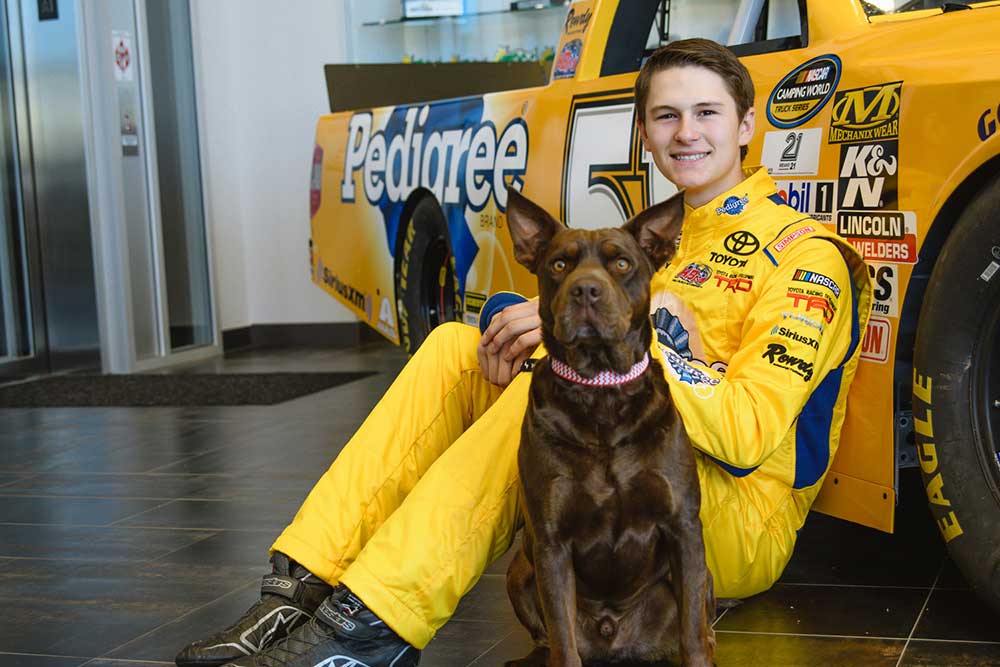 PEDIGREE® Teams Up with Todd Gilliland, BANFIELD® with Kyle Busch

In addition to the four races remaining on his five-race schedule in the No. 51 Tundra, Busch will add Kentucky Speedway in Sparta, July 6 and Bristol (Tenn.) Motor Speedway on Aug.16 in the No. 46 BANFIELD® Pet Hospital Tundra.

“The PEDIGREE® brand and the BANFIELD® Pet Hospital brand have been with me for several years in the Monster Energy NASCAR Cup Series, so it means a lot to me that we can extend our relationship to the Truck Series with KBM,” said Busch. “Todd Gilliland is an exceptional young talent and I expect great things from him in the PEDIGREE® Tundra during his six races, while I’m hoping to get the BANFIELD® Pet Hospital Tundra in Victory Lane for my races with them at Kentucky and Bristol.”

“I’m proud to have a sponsor as well-known as PEDIGREE® join us at Kyle Busch Motorsports this season,” said Gilliland. “There’s a family connection with PEDIGREE®, as they were the sponsor on my Dad’s (David Gilliland) car in 2006. It’s a great feeling to know that they have confidence in me and this race team. I’m looking forward to the opportunity to get behind the wheel, earn solid finishes and hopefully get PEDIGREE® to Victory Lane this season.”

“The PEDIGREE® brand is proud to sponsor Todd Gilliland, as he competes for a chance at Victory Lane” said Melodie Bolin, PEDIGREE® Brand Manager. “This new sponsorship is a great extension of our long-standing relationship with Kyle Busch Motorsports and we think Todd will continue to connect the NASCAR community’s engaged audience with the PEDIGREE® brand.”