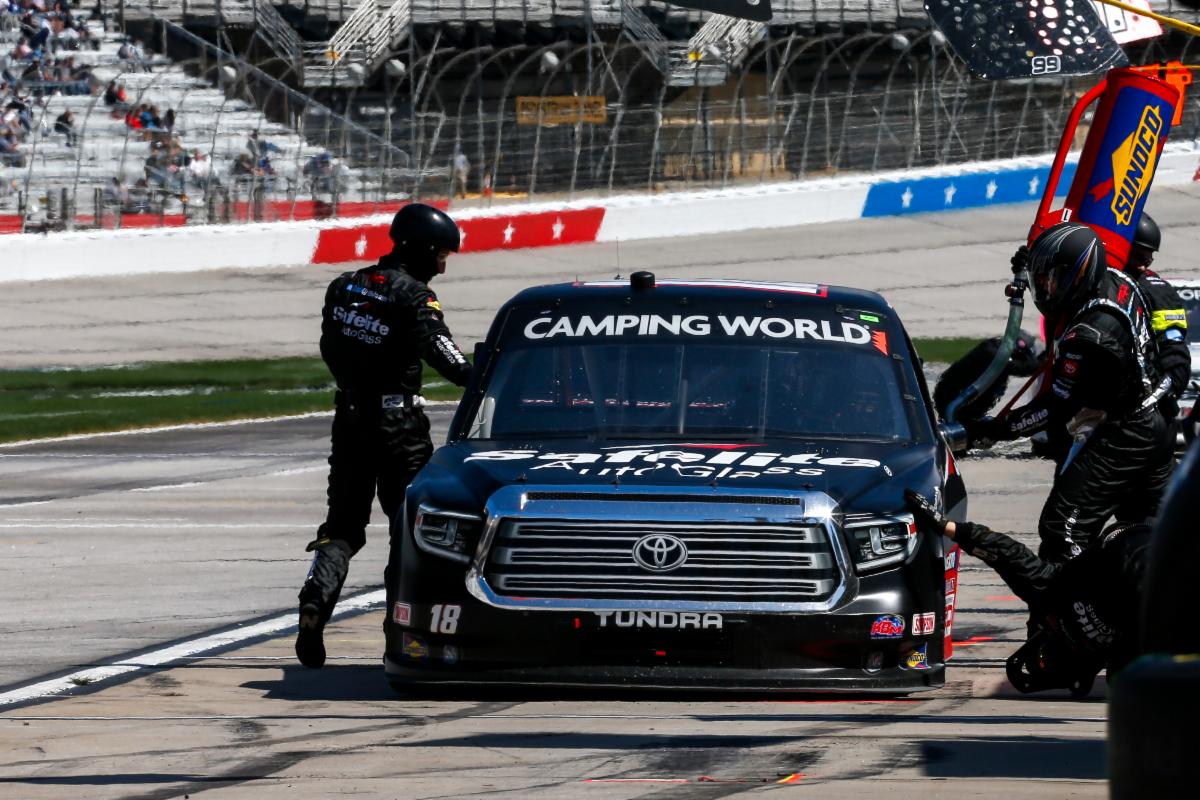 Georgia native and three-time Atlanta Motor Speedway Bandolero Bandits Division champion Chandler Smith had been looking forward to his first race on the 1.54-mile circuit at his home state track. Unfortunately for Smith, a parts failure in the right front of his Safelite Tundra caused him to visit pit road for unexpected pit stops twice in the event and relegated the 18-year-old driver to a disappointing 35th-place finish.

Smith will be behind the wheel of the No. 18 JBL Tundra when the NASCAR Camping World Truck Series resumes action on Saturday March 27 at Bristol (Tenn.) Motor Speedway Dirt. Live coverage of the Pinty’s Truck Race on Dirt will be on FS1, Motor Racing Network and SiriusXM at 8 p.m. ET.