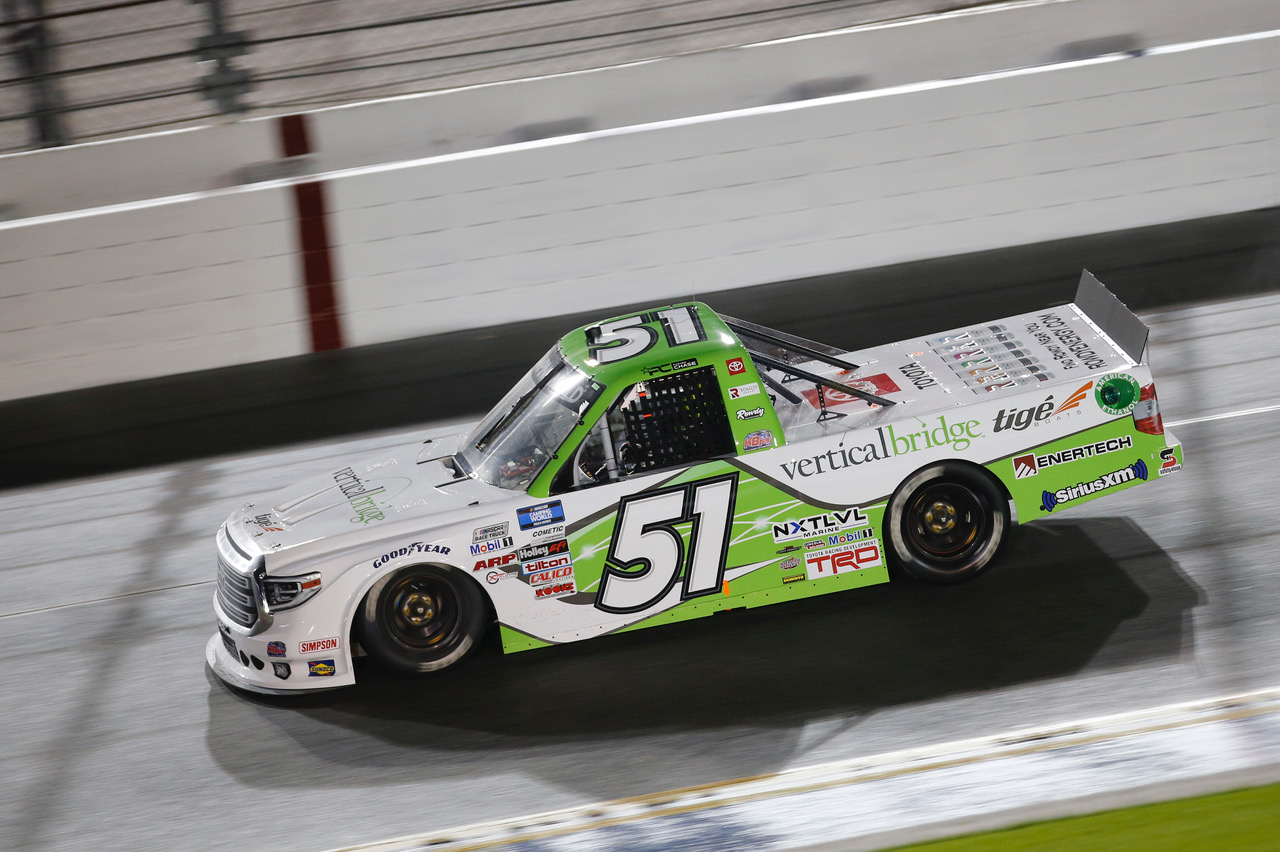 In his maiden NASCAR Camping World Truck Series start, Parker Chase started 22nd, but had a fast Vertical Bridge Tundra and spent most of the event running inside the top 10. The 19-yeard old driver was running 10th with just nine laps remaining when he spun trying to avoid an accident in front of him.

With some damage to the right side of his Tundra and being stuck in the middle of the pack for each of the three attempts at NASCAR overtime, the Texas native was unable to recover and ended the night with a disappointing 23rd-place finish.

Parker Chase, driver of the No. 51 Vertical Bridge Tundra for KBM

“We were super fast. We made it up to seventh position. We were picking them off slowly but surely. A little bit of contact with about 10 laps to go set us back a bit. From there, it was restart after restart and everybody just hitting everybody. It was super fun. I can’t thank Kyle Busch Motorsports enough for having me out this weekend. The Vertical Bridge Tundra was wicked fast. I can’t wait to get back behind the wheel at Circuit of the Americas.”

After two races, the No. 51 team sits 17th in the owner’s championship standings.

The No. 51 hits the track with team owner Kyle Busch behind the wheel when the NASCAR Camping World Truck Series resumes action on Friday, March 3 at Las Vegas Motor Speedway. Live coverage will be on FS1, Motor Racing Network and SiriusXM at 9 p.m. ET.