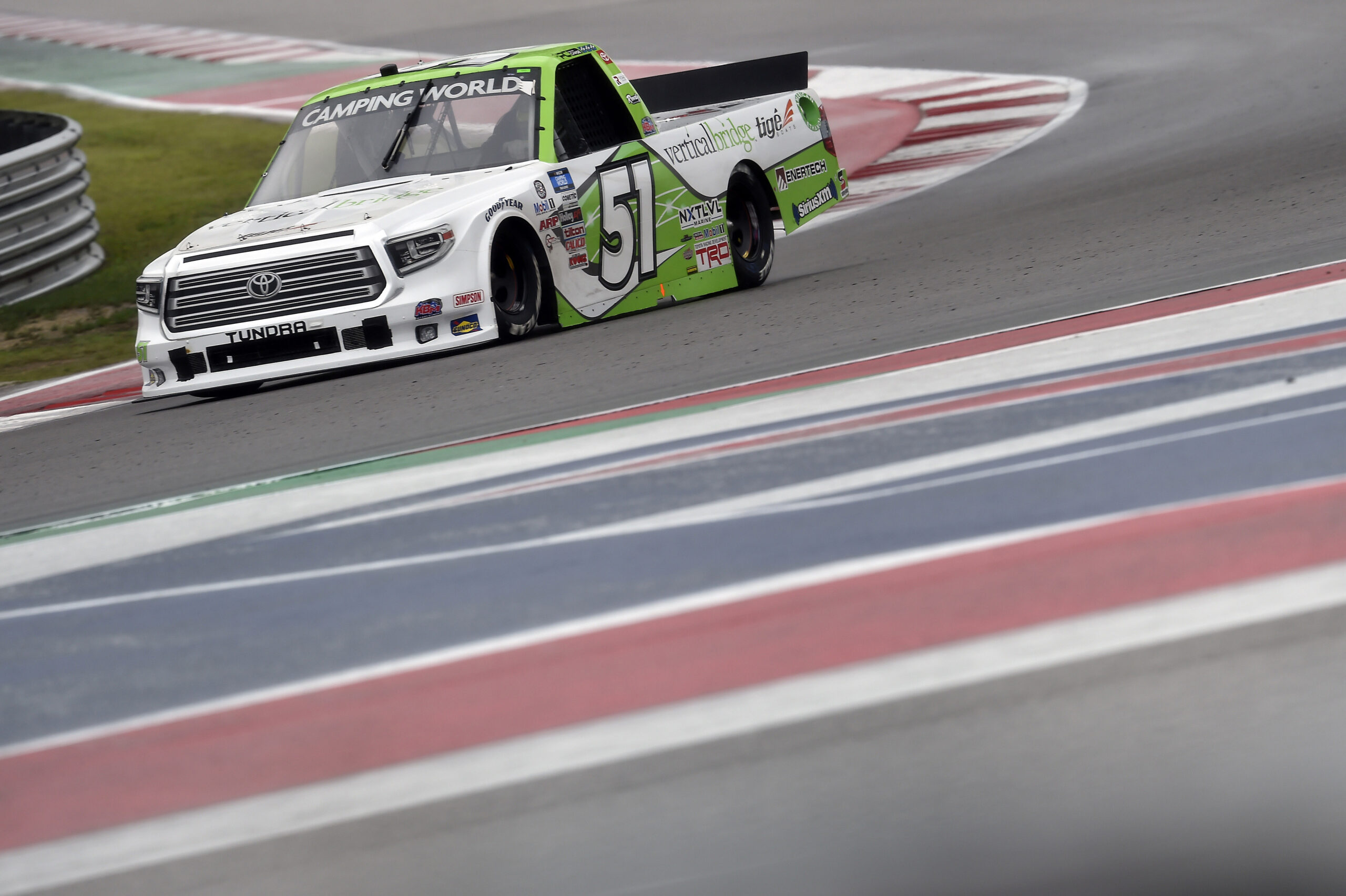 Parker Chase finished 18th in his second NASCAR Camping World Truck Series start at Circuit of the Americas in Austin, Texas despite battling a tight Vertical Bridge Tundra throughout the inaugural Toyota Tundra 225.

Parker Chase, driver of the No. 51 Vertical Bridge Tundra for KBM

How was your run?

“It was a good run. I think we missed the setup a little bit to be honest. We rolled off eighth and the truck fell off a little bit. I had a little bit of an incident and made a mistake myself and spun kind of put us on the back foot. I lost third gear with about 15 laps to go, so we were running with three gears. We finished 18th. It was fun. I’m glad we made it out here. The rain was fun. I wish we could’ve gotten more out of the truck. I can’t thank Kyle Busch Motorsports enough for the opportunity. Those were a fun two races and hope to be back in the truck soon.”

After nine races, the No. 51 team sits second on the owner’s championship standings, just 31 points behind the No. 4 team.

The No. 51 returns to the track with Drew Dollar when the NASCAR Camping World Truck Series resumes action on Friday, May 28 at Charlotte (N.C.) Motor Speedway. Live coverage will be on FS1, Motor Racing Network and SiriusXM at 8:30 p.m. ET.