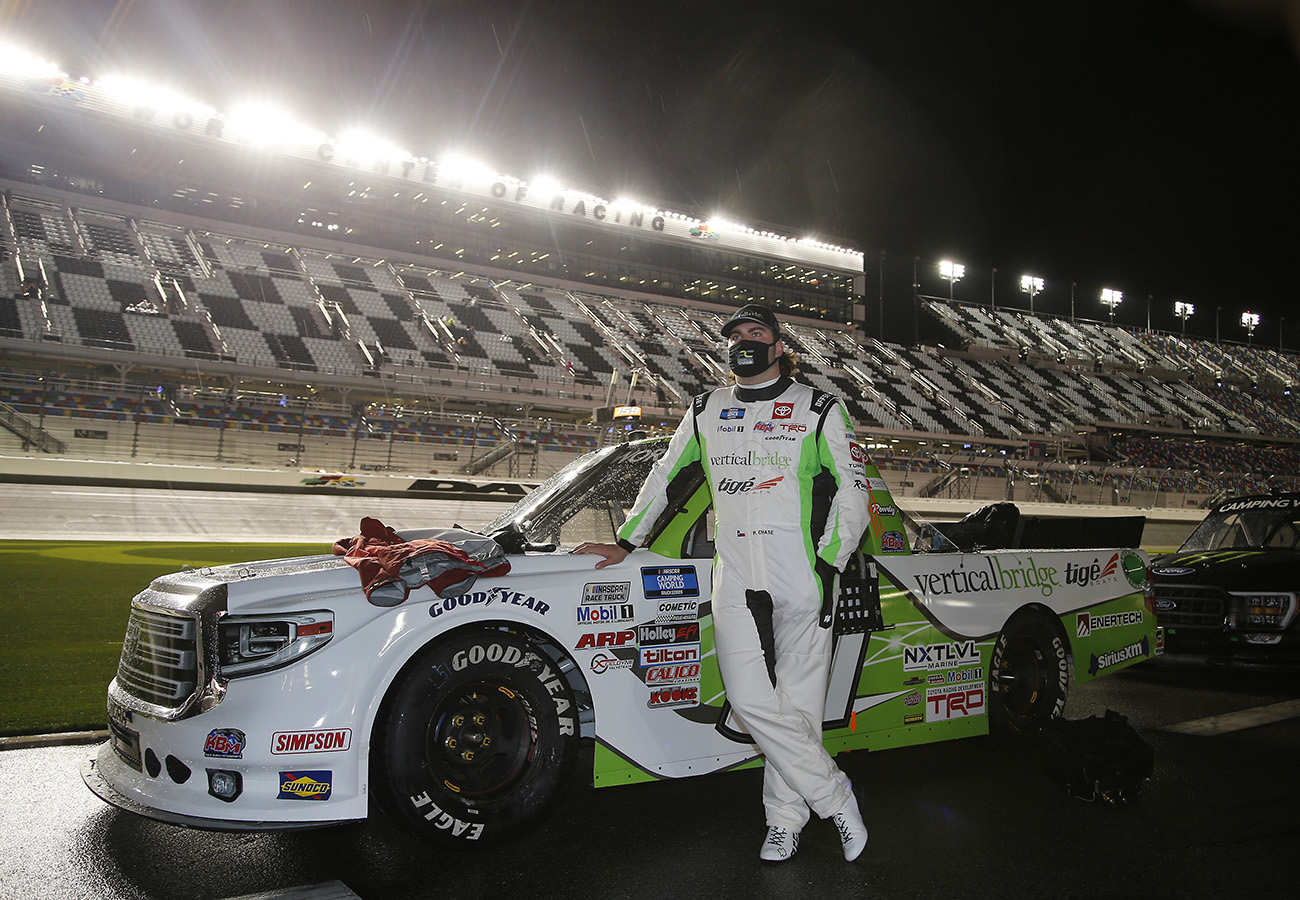 The Chase is On:

What does it mean to you to be making a Truck Series start at COTA?

How do you think a Truck Series race at COTA will go?

Do you think having some experience racing at COTA will give you a leg up on the Truck Series?

“I think so. I was out there last September and won with my teammate. It was a good weekend. I probably have six or seven weekends there. I know it well compared to 90% of the field.”

KBM-X134: The No. 51 Vertical Bridge team will unload X134 for Friday’s race at COTA. This is the same chassis that Chase piloted at the Daytona International Speedway Road Course earlier this year. Erik Jones won with the Tundra at Canadian Tire Motorsport Park in 2015. Prior to being converted to a road course truck for the 2014 season, KBM-X134 was victorious at Martinsville (Va.) Speedway in October of 2012 with Denny Hamlin.