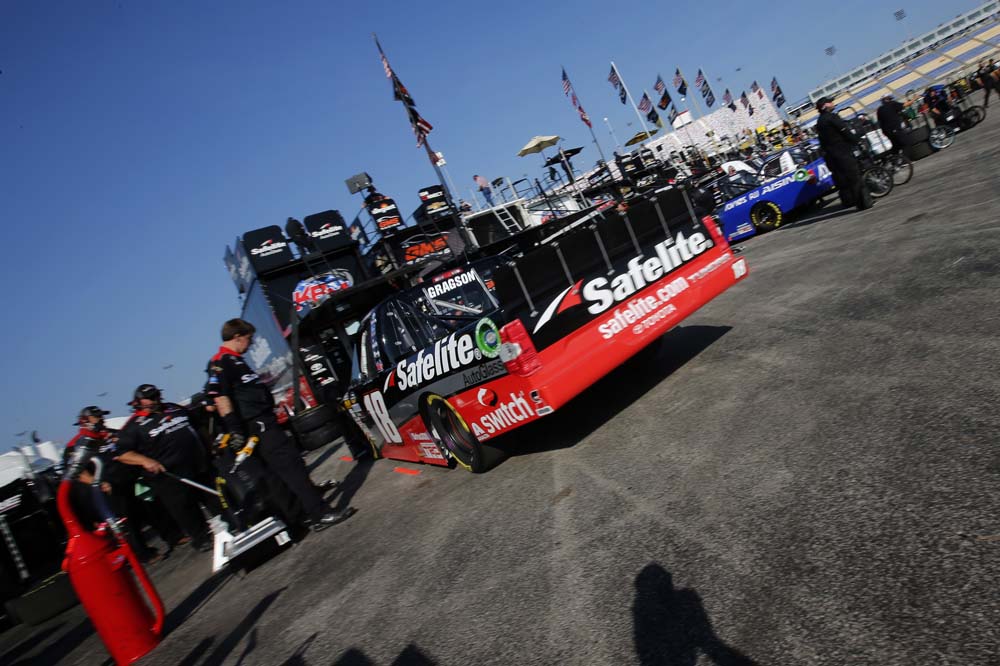 With being 23 points above the cutoff line for advancing to the Round of 6 what will be your strategy at Talladega?

“Talladega is going to be an interesting race. We are 23 points to the good of the cutoff for advancing in the championship, but as everyone knows anything can happen at Talladega. Hopefully we will have a fast Safelite AutoGlass Toyota Tundra — my guys have been working really hard. Hopefully we can stay up front throughout the race, be up front at the end and contend for the win. Ultimately, it’s about making it to the next round – big-picture racing – and trying not to jeopardize that by eliminating ourselves from the race. It’s going to be a wild race for sure and a fun one to watch afterwards on TV.”

Do you enjoy superspeedway racing?

“I’m trying to be optimistic about superspeedway racing — I’m not the greatest at it. I feel like I could be, if I wanted to make bold moves and be aggressive, but I kind of take the approach of being there at the end and trying to be smart throughout the race. That hasn’t worked out great — I’ve only finished one speedway race in my career at the checkered flag and that was actually in the Xfinity Series race this year at Talladega when I finished fourth. Being able to run the truck there again, hopefully I can finish like I did in the Xfinity car and it will be all good. I’m excited to get back to superspeedway racing — it’s a little bit different and I definitely have to change my mindset going into the weekend that’s for sure.”

KBM-13: The No. 18 Safelite AutoGlass team will unload KBM-013, for Saturday’s Fr8Auctions 250 at Talladega (Ala.) Superspeedway. Christopher Bell captured KBM’s first-ever superspeedway pole and went on to score a runner-up finish with the Tundra in last year’s Truck Series race at Talladega. Owner-driver Kyle Busch led 25 laps with KBM-13 en route to the victory in the 2014 season-opening event at Daytona (Fla.) International Speedway. Gragson qualified sixth and finished 23rd with the same Toyota in this year’s season-opening event at Daytona earlier this year.